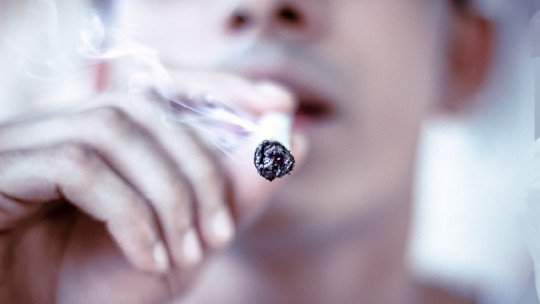 Tobacco consumption habits have become one of the greatest concerns in relation to public health , becoming a serious problem within society and despite the knowledge felt about its harmful effects.

However, a large number of people still smoke today. Of this entire population, adolescents have become one of the main sources of tobacco consumption, with nearly 150 million adolescent smokers, according to the World Health Organization (WHO) .

But there are several ways to prevent smoking in young people, starting with knowing the causes that lead them to develop this habit so harmful to health.

The reasons why the younger population is interested in smoking are diverse. Nevertheless, knowing how to recognize them is of vital importance to be able to intervene in time and prevent smoking in young people and adolescents .

Social acceptance is the main, and most well-known, reason why an adolescent begins to be interested in tobacco and consequently to want to try it. Starting to smoke has become a rite of passage through which young people feel they are part of a group.

Likewise, curiosity, the desire to experiment or the mere fact of believing that it is fashionable or that it can make them popular, are also great incentives for young people to start smoking.

2. Smoking in defiance of norms

The time of pre-puberty and adolescence is characterized by a strong feeling of rebellion , of provocation and of a great impulse to transgress. For all these young people, smoking is one of the quickest and most effective ways of facing up to the rules and breaking the rules imposed by their parents, by society or by the school.

Influenced by the beliefs that exist around smoking and tobacco itself, many of the adolescents who decide to start smoking do so with the intention of mitigating the symptoms of stress and anxiety , when faced with high pressure situations such as examinations or the experience of events with a high emotional burden.

However, what they do not know is the reaction that smoking will have on their body, since they will feel relaxed for a few moments but then the feeling of stress will be greater, so they will need to smoke more and more.

The entire body of research carried out on smoking habits agrees that adolescents whose parents are smokers are at greater risk of becoming smokers and addicted to nicotine than other young people.

Therefore, those adults who smoke and have children must be aware of the influence that this habit has on their children, both directly through the consequences of tobacco smoke, and in the medium to long term causing an addiction in their children.

Despite the fact that it is currently forbidden to carry out any kind of campaign promoting smoking among adolescents, scenes, either in the cinema, on television or in the written press, in which any person or character lights up a cigarette are more than usual .

Just as parental influence on smoking has been demonstrated, there is strong evidence that advertising and the media have the ability to increase the desire for smoking in adolescents.

Although there are more and more campaigns to prevent smoking, both in adolescents and adults, the myths and false beliefs that benefit smoking still remain in the collective mind .

All these erroneous but very popular beliefs mean that the negative consequences of smoking are buried by the positive image that is still held of it.

One of the most important factors in preventing smoking is to prevent adolescents from starting to smoke, thus trying to avoid the first consumptions . The reason is that adolescents start smoking for the above reasons without knowing the consequences of it, and not being aware of the level of addiction it may cause.

Some advice or means to prevent young people from starting to smoke are the following.

As in any other type of awareness campaign, the first and possibly the most important step is to provide young people with information about smoking .

It is obvious that the entire population, regardless of age, is aware that smoking has a large number of negative consequences for a person’s health. However, it seems that just knowing this is not enough.

With this in mind, it is of utmost importance to facilitate and provide the younger population with information on the actual effects and sequels of smoking, including the diseases it can cause, the effects on physical and mental decline, and the percentages of deaths that exist from smoking related causes.

Another measure that needs to be taken is to provide information on the psychological effects of cigarette smoking .

Because the harmful effects of tobacco often appear in the medium to long term, a young person may start smoking in the hope of quitting before these effects appear. It is therefore essential to provide information on the addictive potential of smoking, on how the mechanisms of addiction work, and on the short-term consequences of starting or habitually smoking.

As mentioned above, one of the reasons why young people start smoking is by pure imitation, either through parents, family members, friends , etc.

Unfortunately, in many cases it is not possible to lead by example, since in a large number of cases the adults around the younger person are already regular tobacco users.

In any case, it is of vital importance that those who are responsible for intervening or interacting with young people are able to set an example and do not smoke in front of the youngest.

This measure consists in allowing the youngest to develop a critical reasoning about tobacco , allowing them, after providing them with objective information, to make their own judgments and assessments about smoking.

One of the most common situations a teenager encounters is when a friend or acquaintance offers him or her a cigarette. The lack of emotional education and assertive techniques, together with the fear of being rejected, in most cases lead to the adolescent’s acceptance .

Therefore, providing skills that allow them to say “no” and reject tobacco use without feeling bad about it is critical to preventing young people from starting to smoke.

A young person who is motivated by sport and physical health is less likely to engage in practices that are harmful to his or her health, which also includes smoking.