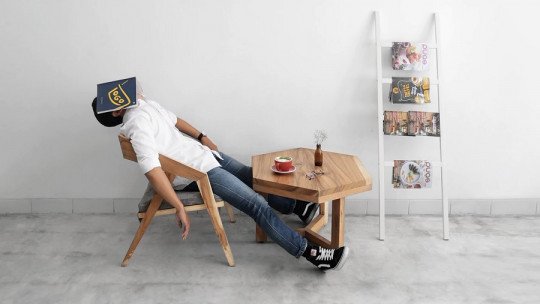 Daily stress, lack of time, work, leisure and changing schedules often mean that many people do not get enough sleep to recover, which has health implications, and they often do not do so on a regular basis.

Some of these people try to lessen or eliminate the negative effects of poor sleep on a regular basis by getting back to sleep. But, how to recover hours of sleep? Is this possible? Let’s look at it throughout this article.

The importance of sleep

Sleeping is a physiological process of great importance that not only human beings, but also many animals, carry out. During this process, although our brain does not stop working, our brain activity and the waves it produces change, so that the managing organ of our body is allowed to reduce the use of energy and start a process of self-repair.

This is a vital phenomenon, in a literal sense: sleep deprivation can trigger serious repercussions and if it is maintained for too long it can lead to death.

Sleep is an active and highly structured process in which cycles formed by different phases are repeated regularly, in each of which different types of brain activity occur.

Specifically, we are going through four phases of non-REM sleep (of which the first two correspond to sleep and light sleep and the last two would correspond to slow and deep wave sleep, in which rest occurs) and one of REM sleep (in which the brain has an activity similar to waking and is believed to have to do with processing information obtained during the day).

This process is therefore fundamental, and to carry it out in a reduced or insufficient way causes that our organism is not able to regenerate completely , so that different types of consequences can appear.

Among the different consequences we can find fatigue, concentration and memory problems, decreased insulin sensitivity, obesity and risk of diabetes, high blood pressure, increased risk of cardiovascular problems and even a significant reduction in life expectancy or increased likelihood of premature death. On the other hand, excessive sleep is not good either, since it can also generate a large part of the problems described above.

Therefore, it is convenient to have a few hours of sleep between seven and eight hours , being less than six and more than nine somewhat harmful.

Getting back to sleep… is that possible?

People who sleep badly often wonder how it is possible to get back the hours of sleep. Although later we will indicate some useful practices to improve our energy level and rest, we have to take into account that although it seems to us that after sleeping too much after a season of little sleep we may seem to wake up energetic and totally refreshed in reality science shows that the consequences of sleep deprivation are maintained.

It is not that more sleep is useless, but it is true that sleep cures allow a partial recovery : part of the lost sleep is not recovered.

Most studies seem to show that we do not in fact fully recover those hours of sleep we have lost. Or at least, that their consequences remain.

In people who have slept five or less hours a day during the week, whether or not they do an increase in the number of hours of sleep as a way of trying to recover their energy, it has been observed how the need for energy consumption and the metabolism are altered . This alteration facilitates, among other things, the appearance of obesity.

Linked to this, an increased susceptibility to type 2 diabetes has also been detected, as the sensitivity to insulin is also reduced in the body.

It has also been observed that energy levels and remain lower than usual after the first hours, as well as an increase in the levels of drowsiness and physical and mental fatigue . Our reflexes remain reduced, as well as our capacity to concentrate in a sustained manner, something that is logical if we think that we are talking about five days a week of little sleep and only two of more.

Some improvements are observed

However, it is true that the data reflect that people who do not sleep for long periods of time in an attempt to recover from sleep are more sensitive to insulin throughout their bodies, while those who do recover are less sensitive in more specific areas.

In addition, a recent study published in Journal of Sleep Research seems to indicate that although it may not eliminate all the adverse effects of poor sleep, getting back to sleep over the weekend makes the life expectancy of people who resort to this practice equal to the time they spend sleeping seven hours a day .

This is especially relevant when compared to people who sleep less than five hours a day and then do not regain sleep: the risk of premature mortality increases dramatically. However, the data show that the risk does not increase only if sleep is prolonged over the weekend.

Also, weekend recoveries seem to help control the dysregulations that lack of sleep generates at the level of blood pressure in adults, as well as reduce the risk of obesity in children (compared to the risk that exists if no recovery is attempted with a prolonged period of sleep).

Both too little and too much sleep can be bad, but the former is generally much more common and prevalent. We sleep little for many reasons, often due to external causes such as work schedules or internal causes such as anxiety. And it is common for this pattern to be repeated regularly, leaving us exhausted. How can we recover these lost hours of sleep or at least get rid of some of the tiredness it causes?

1. Make room in your schedule for sleeping

We’ve already seen that sleep is necessary. Regardless of what we have to do or whether we want to take advantage of the time, the first step is to plan a space where we can rest. It is advisable to do this on a daily basis, so that we have a healthy routine.

If we do not sleep well during the night, it is advisable to eliminate possible daytime naps . However, if sleep is insufficient during the night, regardless of whether we take naps or not, and even if naps are not the best idea for quality sleep, they can help us to recover some of our energy as something occasional.

Another useful strategy is to keep track of how long we sleep. We are not talking about going to bed with a stopwatch, but about counting the approximate time we have slept and, if possible, the stimuli or causes that we think may have made it difficult to keep a normal schedule. This also serves to reflect on how to improve our schedules.

3. If you don’t get much sleep on a daily basis, take advantage of the holidays

If for various reasons it is not possible to sleep regularly, a useful practice can be to spend weekends and holidays recovering energy. As we have seen previously, the hours of sleep are not totally recovered and some of the difficulties will remain, but they do allow for a partial recovery.

3. No to caffeine and other stimulants

Drinking coffee, tea, energy drinks and other substances are common practices that we use to stay energetic. This is a useful strategy in this respect, especially if it comes at an appropriate time for sleeping or if we have sporadically slept less than usual.

However, if sleeping difficulties are common, the use of these substances is not recommended.

Although the morning can be good for clearing up, we should avoid them at least during the afternoon , so that tiredness can lead us to sleep naturally. This is especially relevant if the causes of lack of sleep are internal, such as anxiety, since the consumption of stimulants in that case enhances nerve activation.

4. Prepare the environment before sleeping

It is necessary to take into account that there are many stimuli that can cause us problems to sleep in a repairing way and that make it difficult to compensate the lost sleep. In this sense we must take into account that we must limit or eliminate the presence of screen lights (computers, mobiles), try to keep ourselves in an area with a relatively constant temperature and with enough space to be able to rest comfortably.

Another problem that can make it difficult to sleep is the fact that we use our bed on a regular basis for other activities and even for work or study. In this way, our body will not link our bed with rest but with activity , something that will make it difficult to fall asleep and recover lost hours. Let’s reserve the bed for sleeping, or at most for maintaining relationships.

6. Exercise, but not before bedtime

Another strategy that can help us recover hours of sleep is to tire ourselves out through exercise. However, we must limit exercise as we approach the time of going to bed : the practice of exercise generates an activation of the organism that will make it difficult to sleep if we do it before going to bed.

7. If you see that you don’t fall asleep, don’t stay in bed

Often people with insomnia and other sleep problems tend to stay in bed even if they cannot fall asleep. The truth is that the best thing to do if this doesn’t work is to get up and air out a bit, avoiding stimuli such as mobiles and televisions.

If necessary we can do some simple and automatic activity, but not something stimulating, physically demanding or fun or it could clear us up.

It may be helpful to practice relaxation techniques, especially if one of the causes of lack of sleep is anxiety.

There are also many other variations, but they usually require prior training. Practices that work with muscle tension and strain can be done, such as Jacobson’s progressive muscle relaxation.