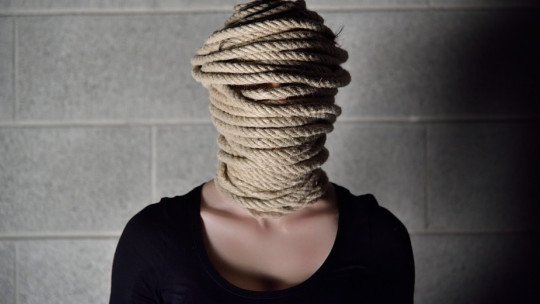 Human beings are social animals. This implies having to relate frequently with other people, although it is true that this need is more intense in some cases (very social people) and less so in others.

Despite the importance of this social element in a person’s life, the absence of structured learning of social skills within school environments is a reality . Thus, the chance that will place the child in a certain context and in a certain family, will make that there are more or less skilful models from a social point of view from which to learn.

If we have skilful examples from early ages, the probability of learning and replicating with our behaviours those skills in adulthood will increase. The same thing will happen but in the opposite direction in the case that such references do not exist.

Traditionally, there have been four main blocks or styles of behaviour within the social sphere. These are the following:

It consists of the ability to express opinions, feelings and desires without threatening or punishing others and without violating the rights of those people. This style promotes not only respect for one’s own rights but also for the rights of others. Knowing how to say no properly without feeling guilty , complaining about what we have paid for or knowing how to handle pressure from another person are some examples of assertive behaviour.

In this case we would speak of a transgression of one’s rights by not being able to openly express one’s opinions (especially when they are contrary to others), feelings, and thoughts or by expressing them in a self-defeating manner, with a lack of confidence or even with apologies for fear of rejection or that others may ignore them or get a negative idea of the person.

It is important to point out that this style is related to one’s lack of respect for oneself since on many occasions one renounces to achieve legitimate objectives by avoiding conflicts at all costs.

It consists of the defence of personal rights and the expression of thoughts, feelings and opinions in an inappropriate and imposing manner, something that normally causes the transgression of other people’s rights .

It is relevant to point out that aggressive behaviour can be shown both directly with the person or group of persons themselves, and indirectly, i.e. “misbehaving” through third parties. Aggressiveness can be verbal as well as non-verbal through physical violence.

It consists of the combination of passive and aggressive style . In this way, in a first phase the person adopts a passive role where in a conscious or unconscious way, a pressure is accumulated that ends up “coming out” through the aggressive style (“the drop that fills the glass”).

Why is it sometimes hard for us to say “No”?

It should be clarified that we normally oscillate between one style and another, that is, we are not passive, aggressive, passive-aggressive or assertive in one hundred percent of the situations, but we oscillate depending on the context and person or persons with whom we interact (it is more likely to be aggressive with our mother than with our boss…).

How to say “no” without feeling guilty

To know how to communicate your motivations with assertiveness, it is best to be guided by the following keys.

1. Acknowledging the right to say no

If we don’t succeed in completing this first step, it will be very difficult to be assertive. To do this, we have to accept that human beings have a series of basic rights, among them being able to say No.

2. Thinking we are not being selfish

Just as the other person has the right to ask me for something and not be selfish about it, I also have the right to say No properly without feeling guilty.

3. Accepting the fact that you can’t please everyone

Sometimes our behavior will please other people, but sometimes it won’t. Accepting this fact as something natural will make us stronger socially and personally.

4. Staying safe when expressing yourself

When expressing your thoughts, do so calmly, without beating about the bush, and in a way that respects the other person.

In short, we are talking about an important skill that needs some daily training. Like all training, it is a matter of taking it one step at a time. We can go from less to more, that is to say, be assertive in uncompromising situations in order to achieve a confidence and security that will allow us to later go towards more difficult objectives for us. Shall we start today?