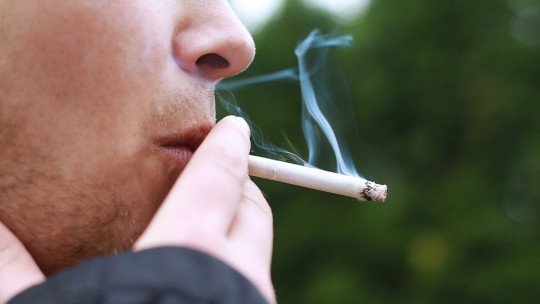 Tobacco is one of the most widely used legal psychoactive substances (technically drugs), along with alcohol, worldwide. However, the habit of smoking has been shown to be harmful to human health, causing different alterations and facilitating the appearance of serious problems such as pulmonary emphysema and lung cancer or generating possible alterations in foetuses.

For this and many other reasons many people decide to stop smoking , but they find that it is not as easy as not taking a cigarette, as they have to face the anxiety that will be generated by not having access to a substance to which they have a certain dependence and that they have integrated into their daily life. How to stop smoking? In this article we leave you with 13 psychological keys to take into account to do so.

Quitting is not easy. Most people who do it start in their teens and get into the habit of smoking in many different situations and settings. It is therefore a habit that most smokers have very established. There are many programmes and strategies to stop smoking , some with greater success than others. However, most of them share a series of keys or steps, some of the most important of which are described below.

One of the first steps in quitting smoking is to recognize the extent of our dependence on tobacco. In this sense, the first thing we need to know is how much we smoke. A simple self-registration can be carried out to be filled in daily , and after one week we can evaluate how many cigarettes are smoked.

Whether a person stops smoking depends largely on the person’s willingness to do so. In other words, we are not going to quit if we don’t want to. A good way to motivate yourself to do so is to think about the pros and cons of smoking or quitting , in a realistic way.

Considering what smoking brings and what the short and long term implications are (both for oneself and one’s environment) and contrasting this with the advantages of quitting or replacing it with alternative activities is an interesting step in motivating change. Aspects that are usually valued are the increase in health, the lower probability of suffering cancer or respiratory problems, the non-poisoning of loved ones, the risks to the fetus in case of pregnancy or the economic outlay that would stop being used in the purchase of snuff.

However, this strategy by itself does not guarantee anything; it must be combined with others . In the end, addictions are not a purely rational phenomenon.

3. Set goals and plan ahead

We have finally decided that we want to stop smoking and we are motivated to do so. This is a process that can be very short or very long depending on the person, their characteristics and the type of consumption habit they have. In any case it is advisable to plan the steps to be taken and to establish short and medium-term objectives that can lead to the final objective: to stop smoking…

While not really necessary, many people find it helpful to use methods that reduce abstinence to nicotine. Examples are nicotine gum and patches . However, it must be taken into account that these mechanisms are mainly for physical abstinence, having little effect on psychological abstinence.

5. Start by reducing the amount

Deciding for example that from tomorrow we will stop smoking when we have been smoking four packs a day for twenty years is not impossible, but for most people it is not feasible. This is a habit that has been established throughout life, and changing habits usually requires a process of progressive adaptation.

For this reason, it is recommended that rather than quitting at once, one should start by reducing the daily amount of cigarettes, in a gradual and tolerable way for the subject. This can be combined with a progressive change of brand to others that contain less nicotine. Make a record of the maximum amount of cigarettes you will allow yourself per day and comply with this limit, it being advisable to ration them. The reduction has to be real and significant : that is to say if you smoke 50 a week do not go to 48, but for example to 35.

And these cigarettes are the totals: they count both your own and those that other people may offer you. In fact, it is recommended that you do not accept other people’s cigarettes, as it makes it easier for quantities to get out of control and may also set a precedent for accepting them in the future.

Quitting smoking is complicated for many people. Communicating the decision to quit to the immediate environment is a good way to make it easier for them to consider and understand the smoker’s situation, as well as the likely increase in irritability. The support of this environment can help and reinforce the fact of quitting .

We must be aware that as we reduce the amount or stop smoking, we will have to face moments when it will be difficult to resist the urge. Usually, those who start to quit smoking are more nervous and tense, as well as irritable. It is necessary and very useful to consider alternative behaviors to smoking, and especially if they are incompatible.

For example, some people decide to take a shower, chew gum or eat (the latter being the reason why some people tend to gain weight after quitting) in order to resist the discomfort and desire to consume caused by the absence of the cigarette.

Physical exercise is a very stimulating activity that is beneficial and very useful for almost everyone in general, and that can also help us to stop smoking. It is likely that initially exercise will be difficult for the person who is stopping smoking, as practising sport means a greater need for oxygenation and people who smoke (bearing in mind that smoking damages and blocks the airways) will tend to tire sooner.

But this is at the same time a source of motivation to remain abstinent from tobacco: with time the respiratory capacity will increase and, together with the habituation to the fact of doing exercise and the endorphins and relaxation that it generates, the need and desire to consume tobacco will decrease. It is also a behavior that is partly incompatible with the habit of smoking (since it makes it difficult to do intense exercise correctly).

Quitting smoking, as we have said several times, is hard. That is why it is important to strengthen oneself as we achieve our goals . This reinforcement should be some pleasant activity that we do not usually do, and it can be reflected in a therapeutic contract that the person makes with him/herself. It can range from going out to dinner or a movie to taking a short trip or a break.

Treating addictions like smoking is complex, and many people cannot quit on their own. Going to a professional who can give you more specific guidelines can be helpful and can also be a source of support and motivation to stop.

Quitting smoking can be more difficult to achieve if we are surrounded by stimuli that continually remind us of the habit. For example, being around people who smoke or breathing in other people’s smoke can trigger the desire to smoke. Although exposure to certain stimuli may be unavoidable, we should try to limit our exposure to them .

We are at a point where we may have stopped smoking. Good, but we also have to keep in mind that there is a chance of relapse. In fact, the first few weeks without use may be hard, but the greatest risk of relapse is usually after three months without use. In addition, events such as weddings and parties, or stressful situations can generate an increased desire to consume . These factors must be taken into account and it may be useful to consider ways of reacting if the desire to smoke appears.

13. Watch out! Falling is not falling

Once we have stopped smoking, this last key is essential to take into account (and it is applicable both to stop smoking and to stop other drugs). It is possible that at some point there will be a consumption, a fall. After that, many people consider the attempt to quit smoking to have been a failure. But this does not have to be the case : we will only talk about a relapse if the consumption habit is reinstated. It is not a question of minimizing the importance or allowing ourselves a cigarette from time to time, this being something to be avoided, but of not criminalizing and considering all the progress made up to that point as lost.