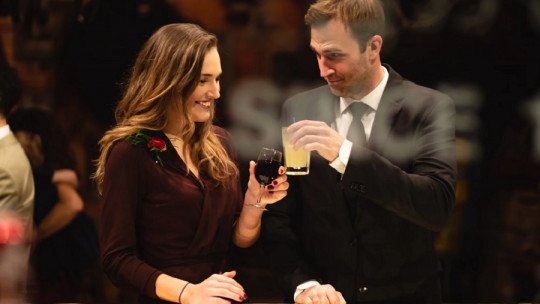 One of the main discoveries of psychology is that in personal relationships, beginnings matter a lot in the impression we give. This also applies to seduction, and more specifically, to expressing our feelings for a person.

But… how do you tell someone that you like them, and that you would like to have something more with them? Let’s see how to express the attraction we feel for that person in a way that we can open up honestly, and at the same time not make the person we like uncomfortable. Combining these two processes will make everything go as smoothly as possible, regardless of whether the attraction is reciprocated or not (that is not entirely up to us).

By revealing this new facet of who we are, we are exposing ourselves, but also the person who receives this message of attraction, because he or she must give an answer to a delicate subject.

Therefore, everything you do to tell someone you like them should be oriented towards two main goals: express yourself clearly and do so without creating uncomfortable moments unnecessarily. The latter is also related to the former, because having a bad time makes interrupting the conversation as soon as possible more important than communicating how you feel, both on our side and on the other person’s.

That said, here are a few tips to make telling someone you’re attracted to less difficult and more likely to work out well for both parties. By the way, given the choice, it’s best to communicate this by meeting in person, and in a context without distractions and where there’s no reason to rush into something else.

1. Make sure you are heard

It seems silly, but it is important to keep in mind that, in situations where we can get nervous, even if we don’t realize it , there is usually a tendency to speak softly , something that makes communication very difficult (and even more so when the message is very relevant, as is the case when you want to tell someone you like them).

This tendency to talk down arises almost unconsciously as a strategy so that, if we make a mistake in expressing something, the error can go unnoticed; but the remedy is worse than the disease, because it generates ambiguity and confusion.

Therefore, practice a little vocalizing in front of a mirror ; but be careful not to learn a script, because the effort to remember it could make you more nervous. Focus on getting used to expressing what you feel by speaking loudly and clearly, in your normal tone of voice.

It is important not to become obsessed with showing no nervousness when telling someone we like them. This generates added discomfort, because it is almost never fulfilled, and that generates feelings of loss and control and of frustration .

Remember that even if you feel stress, from other people’s point of view this is much less noticeable than you are, and many times it goes completely unnoticed.

In turn, simply telling someone that we are attracted to them makes that person feel a little nervous too, and focuses their attention on how they should react, rather than on examining us for signs of insecurity. In any case, it’s okay if he notices our nerves ; nobody could blame us for that; the important thing is that nerves don’t hinder communication, and that’s it.

The ideal way to face the challenge of revealing to someone we like is not to complicate our life with detailed scripts of what we should do; the ideal is to order simple and very summarized ideas so that we can have that scheme in our heads easily.

5. Look into the eyes and don’t maintain a tense posture

Another way to avoid generating uncomfortable moments is to remember to look into the eyes, and adopt a non-verbal communication style that does not reveal a defensive or hostile attitude , because this would contradict the content of what we want to say: that we want to be closer to that person, instead of further away).

However, don’t get obsessed with this; just keep it in mind so that it’s easier to tell when you start to look away or cross your arms (if it happens), to correct it in the moment.

This does not mean that you should flatter that person, nor recite a list of the virtues he or she possesses in your view. It is more a matter of attitude, such as mentioning why you became attracted to her when you met her, or telling her that you like to spend time in her company.

The way you do it should depend on the type of relationship you have with her ; if you already know each other and there is enough trust, you can get a bit closer by telling her, to show attraction. The aim is that what you say has a clear meaning and corresponds to what you express through what you mean with your non-verbal language.

Another effective way to tell someone you like them is to communicate in a totally personal and unique way , without including cliché phrases (unless it is part of a joke).

8. Say it in a direct and summarized way

It is preferable to tell someone you like them in a way that takes only a few seconds ; doing so with a talk that lasts for several minutes creates discomfort because it doesn’t allow for fluid conversation, and also dilutes the main message.

It is very frequent that the people we like do not correspond to us; that does not mean that we are not worthwhile as people, simply that the attraction has not arisen in a bidirectional way in that specific case. There will be many more opportunities, and many other people that we may like and who may like us.