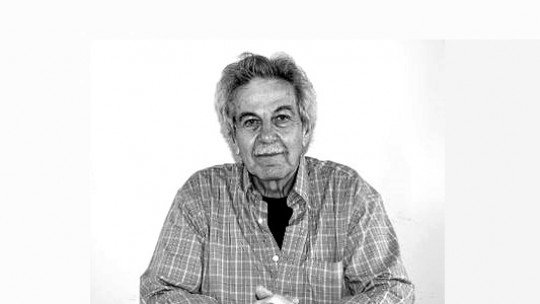 Given the popularity of behaviorism, especially half a century ago, it is not surprising that there are a large number of variants of this paradigm. Thus, we find classical models, such as B. F. Skinner’s radical behaviorism and Kantor’s interconnection, along with more recent contributions, among which Hayes’ functional contextualism stands out.

In this article we will describe the main aspects of Howard Rachlin’s teleological behaviorism , which emphasizes the importance of human will and our capacity for self-control of behavior. We will also present the most significant criticisms that have been made of this theoretical perspective.

Howard Rachlin is an American psychologist who was born in 1935 . When he was 30 years old, in 1965, he received his doctorate in psychology from Harvard University. Since then he has dedicated his life to research, teaching and writing articles and books, among which are “Conduct and Mind” and “The Science of Self-Control”.

Rachlin is considered one of the key authors in the emergence of behavioral economics; some of his research has examined phenomena such as pathological gambling or the prisoner’s dilemma. He is also known for teleological behaviorism, on which this article focuses.

During his professional career this author has mainly studied decision making and choice behaviour . According to him, his main objective as a researcher is to understand the psychological and economic factors that explain phenomena such as self-control, social cooperation, altruism and addictions.

Rachlin is currently Professor Emeritus of Cognitive Science at the State University of New York, Stony Brook. His ongoing research focuses on analyzing patterns of choice over time and their effects on interpersonal cooperation and individual self-control.

The teleological behaviorism follows the fundamental principles of the classical behavioral orientation. Rachlin argues that the object of study of psychology should be observable behavior and adheres to the theses that conceive of mental contents (thoughts, emotions, etc.) as forms of behavior rather than as causal factors.

The central aspect that characterizes this discipline is its focus on voluntary or purposeful behavior . This principle leads Rachlin to emphasize the relevance of issues such as the free will of human beings, our capacity for self-control or the collaboration between different individuals.

In this sense, Rachlin’s theory can be related to the contributions of authors such as Edward Tolman, whose proposals are known as “propositional behaviorism”, or Albert Bandura, who stated that people can control their own behavior through self-regulation processes (which include self-observation or self-reinforcement).

Voluntary conduct, self-control and free will

With the popularization of Skinner’s radical behaviorism, which attempts to predict behavior exclusively through the manipulation of environmental stimuli, the old question of free will became central to scientific psychology. According to Rachlin, determining whether a behaviour is voluntary or not is fundamental from a social point of view .

This author states that the actions that most people consider voluntary are also motivated by environmental factors, but this is less obvious than with other types of behaviour. This point introduces the concept of self-control, which Rachlin defined as the individual’s ability to resist temptations by thinking long-term.

For Rachlin, for people with good self-control the goal of behavior is not always to satisfy a present need, but may also be to seek reinforcement or avoid long-term punishment. This interest in delayed consequences and farsightedness is another of the most characteristic aspects of teleological behaviorism.

The capacity for self-control is understood as a skill that can be trained; Rachlin states that whether a person develops it adequately or not depends on the consistency of his efforts to guide his behavior in terms of long-term, rather than immediate, gratification. This may apply to problems such as addictions.

Rachlin’s teleological behaviorism argues that free will is a social construct whose definition depends solely on context. This approach has been criticized for its relativistic nature.

M Many behaviorists are of the opinion that Rachlin’s contributions are a departure from the path that this discipline should follow . One aspect especially criticized has been his focus on self-control, which some equate with the phenomenon of self-help psychology, denounced as obviously seeking economic benefit.