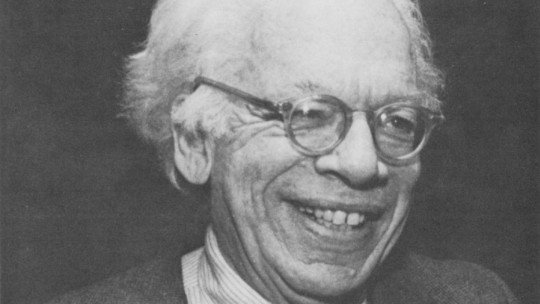 Hugo Münsterberg (1863-1916), was a German psychologist and philosopher who laid many of the foundations of psychology applied to different areas, such as law, medicine, education, clinics, organizations, among others.

Next we will see a biography of Hugo Münsterberg , as well as some of his main contributions to psychology.

Hugo Münsterberg: life and work of this important psychologist

Hugo Münsterberg was born on June 1, 1836 in the present day city of Gdansk in Poland (formerly Danzig in Prussia). The son of a timber merchant, and an artist who permanently combined his profession with childcare, Münsterberg grew up surrounded by music and poetry. He soon learned to play the cello and to write poems.

In 1882, Hugo Münsterberg graduated from high school, and in 1882 he began his university studies at the University of Leipzig, where he met one of the most renowned psychologists of the time, Wilhelm Wundt . The latter invited Münsterberg to train in his psychology laboratory, and from there, he began his doctoral studies in that area.

In 1885, with research on natural adaptation, Hugo Münsterberg obtained a doctorate in psychology.

Three years later, also graduated as a doctor from the University of Heidelberg , and from this he began his career as one of the most important researchers and academics for the scientific consolidation of psychology.

In 1891, during one of the most prestigious psychology congresses, based in Paris, Hugo Münsterberg met William James, who was already one of the most important philosophers and scientists of the time.

James invited Hugo Münsterberg to collaborate as a researcher at Harvard University , in the United States. After accepting the invitation, also influenced by the low acceptance of his research in Germany, Münsterberg spent three years at that institution.

The latter allowed the consolidation of an important link between American and German psychology, which was reflected in the constant exchanges of psychologists in training, especially from the United States to the most important laboratories in different cities of Germany.

Hugo Münsterberg was finally appointed president of the American Psychological Association in 1898 and, 12 years later, he was appointed by Harvard University as an exchange professor at the University of Berlin.

Münsterberg also maintained ambivalent positions regarding the participation of women in universities. While she considered that there was a difference in intellectual capacities between women and men, which prevented them from participating equally in university, Münsterberg supported different American women psychologists in their applications for admission to Harvard University.

This issue was controversial, as it opened up the possibility of decreasing gender segregation in university education in the United States.

On the other hand, Münsterberg’s professional link with American and German psychology was problematically reflected in his political views after World War I . On the one hand, Münsterberg maintained feelings of loyalty to the United States, and on the other, he felt some sympathy for German actions.

In fact, he developed a project to boost Germany’s image in the United States, an issue that was partly financed by various brewery companies, which Münsterberg supported while advocating against banning alcohol consumption.

Hugo Münsterberg continued in the United States, serving as a professor at Harvard University, where he died suddenly while teaching a class in 1916.

Hugo Münsterberg studied in different areas of psychology. Mainly he worked in clinical, educational, organizational and forensic psychology . He is also credited with having developed pioneering studies in psychology and film. In a brief way, we will see below his main contributions to psychology.

Loyal to his training in experimental psychology, as well as attracted by consolidating an applied psychology, Münsterberg worked as a clinical psychologist within his laboratory.

For him, the psychological processes always had a physical correlation located in the brain , so that psychopathology could be observed via neuronal, and also through behavioural observations.

I also develop some theories on how to improve efficiency in organizations, considering emotional, mental and motivational elements of workers.

3. In legal and forensic psychology

Something Münsterberg focused especially on was the study of eyewitness testimony, looking at how people see, or think they have seen, certain things.

This inevitably led him to the study of memory, recall, the processes of individual interpretation , and the basis of the social influence of this. Münsterberg was one of the first psychologists to study the processes of suggestion to which people called upon to confess in legal settings are exposed.