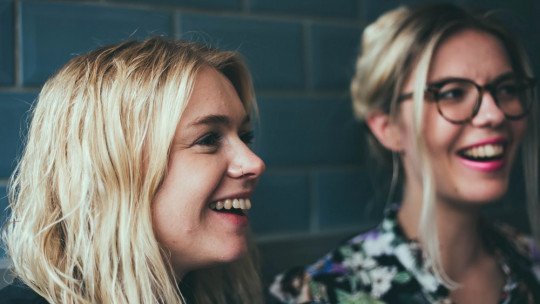 It is well known that the human being is a social animal . However, the ramifications of this famous phrase by Aristotle are more complex and intertwined than a superficial analysis of it might suggest.

Working in society is a characteristic that gives us an adaptive advantage as a species, and is responsible for some of the proudest achievements of humanity, such as writing or economics. However, it is also responsible for its deepest shames, such as war or poverty.

On a more everyday level of analysis, living in society implies relating to other people , sometimes known, sometimes not, sometimes loved, sometimes not. Nevertheless, as has been established in this introduction, the human being is a social being, so we better learn the rules of the game if we want to take advantage of this advantage that natural selection has taken so many centuries to grant us. So-called social skills have a lot to say in this respect.

The Power of Social Skill

Social skills, if they can be defined, are behaviours aimed at facilitating communication between two or more people . There are as many as there are theoretical models, but the most important is what we know as assertiveness. The paradigmatic example to illustrate the functioning of this social skill is the following.

Suppose someone orders a rare steak in a restaurant and the waiter serves it practically burnt. One option would be to just eat it, totally, it won’t be bad either and we avoid bothering the waiter and kitchen staff. This first answer would be classified as “passive” .

Another option would be, taking advantage of that precious moment when we know we are right and in that position of authority that being a customer gives us, to turn all our frustrations and bad decisions of our life over to the innocent waiter, making sure that nobody takes us for fools and showing off in ways that convince the whole restaurant that we are very indignant. This would be the “aggressive” response .

Finally, and taking the middle way, there is the option of politely calling the attention of the waiter and, with that please and thank you that we have all been taught, to indicate the error between what was ordered and what was served. This would be, apparently, the “assertive” answer. And I say in appearance because, and this is the most important thing, assertiveness is defined by its own effectiveness . That is to say, no matter how polite we have been and even if we have used the best of our smiles, if the waiter feels offended by our message we will have been aggressive, although we will have done the best we can do, which is to try.

The benefits of assertiveness for the social animal

Beyond getting a proper steak served to us, assertiveness is important for multiple occasions of capital importance in our performance as social beings.
Claiming the parking space we had our eye on, getting attention at a window five minutes before closing… claiming our rights in a school or work situation, building a relationship with our partner… all of this, expressing our opinion and feelings and being able to maintain a good relationship with our interlocutor, is assertiveness.

Therefore, putting assertiveness into practice is complex , and each person can use it in his or her own style. However, there are certain guidelines that can help develop it when we are still inexperienced.

Thus, an example would be: “I think (first person) that, for the next time (future), it would be better if you (positive) warned me that you are going to be late (behavior)”.
On the other hand, it is recommended to avoid absolute terms (always, never, everything, nothing…) and to use strategies such as humour . Besides, as important as the construction of the message is its reception, that is why it is important to use empathy, active listening…

And, of course, this is far from easy, so it usually requires training and dedication, and there are situations that favour assertiveness (the restaurant is empty) and others that make it difficult, but we should not underestimate the power of assertiveness, because, if the human being is a social being, society begins with human beings.