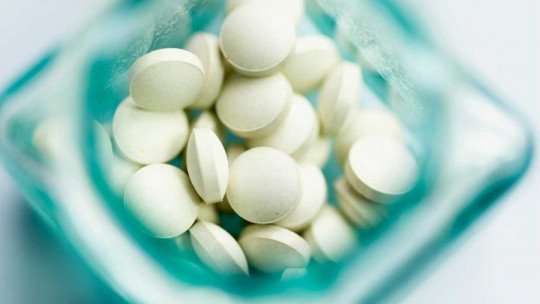 Many substances can be classified as drugs or as drugs, depending on their use, their addictive potential, their effects and other characteristics. Although the essential difference between the two is that a drug has a therapeutic use, and a drug does not.

In this article we will learn about hydrocodone , a semi-synthetic opiate. We will talk about the differences between opium and opiate, we will compare hydrocodone with other substances, and we will see what uses and effects this type of opiate has, besides its side effects.

What we mentioned in relation to the difference between a drug and a drug, is what happens with hydrocodone, a semi-synthetic opiate that is manufactured from a substance from opium called codeine . Opium, as we will see below, includes substances that come from a plant called the opium poppy.

Thus, hydrocodone can be used both as a drug and as a medication. This substance produces analgesic and pleasurable effects , and can be used to treat pain, or as a recreational use, having an important addictive potential.

Origin of the substance

It is produced in laboratory contexts from codeine ; codeine, also called methylmorphine, is an alkaloid (a type of substance) found in opium (opium includes a series of substances that are extracted from a plant, and that we will know throughout this article).

Hydrocodone was first used in the United States in 1943. However, its use is controlled and restricted, since it is a substance with a very high potential for abuse . This is thanks to its inclusion in the Controlled Substances Act, 5 years ago, in 2014.

Its addictive potential is high, which is why its use must be well controlled and if taken, taken with great caution. This is why hydrocodone is only available on prescription . However, in spite of being a very addictive drug with potentially lethal side effects, this substance is increasingly being used in the United States.

As we have seen, hydrocodone is synthesized in a laboratory from a natural opioid that we obtain from the opium poppy plant (from its seeds). Its main therapeutic indication is the treatment of pain . Curiously enough, hydrocodone can also be used for coughing.

On a chemical level, it is derived from codeine, an alkaloid substance that can be found in opium. As for its format and routes of administration, we can find hydrocodone in different formats: in tablets, capsules or in syrup . Thus, it is always administered orally.

Comparison with other substances

If we compare it with morphine , the opioid analgesic par excellence, we find that hydrocodone is a little less powerful in terms of pain reduction (although the difference is minimal).

On the other hand, compared to codeine, the substance from which hydrocodone is synthesized, we see how hydrocodone is slightly more powerful than codeine, and this is demonstrated by certain studies.

Effects on the body

But… what effects does hydrocodone have, besides reducing or eliminating pain? It also generates a pleasant effect, like “happiness”, as well as a pleasant sensation that can even reach euphoria, a feeling of tranquility , etc. All this makes it become an addictive substance and a drug, because people tend to become addicted to pleasure.

In addition, hydrocodone also has some effects typical of heroin, another semi-synthetic opiate that is also one of the most addictive drugs.

Finally, and as we have mentioned, it also has an effect on the relief of coughs which is also given by codeine.

Like any drug, hydrocodone can generate certain side effects. Generally, these are nausea and vomiting, constipation, tiredness and euphoric symptoms. In severe cases, breathing difficulties may occur .

Combination with other substances

The side effects of hydrocodone can be even more severe if it is combined with other substances, medications, or drugs . Thus, if we combine hydrocodone with other drugs such as alcohol, barbiturates, cocaine or amphetamines, it can cause significant heart, lung and kidney failure.

On the other hand, it can also cause heart attacks, amnesia symptoms, coma, or even death.

As we have seen, hydrocodone comes from codeine, which in turn is part of opium. Opium includes the opioids obtained from the opium poppy , a plant; its scientific name is Papaver somniferum . Specifically, the substances are obtained from its seeds.

The effects of opium are basically of three types: analgesic effects (reducing pain), pleasurable effects (or feelings of peace and quiet) and euphoric effects.

What is opium used for? Medicines can be created from its compounds, used especially in treatments that cause pain such as cancer treatments. It is also used to create addictive drugs, such as heroin.

Differences between opium and opiate

We have seen how opium is a natural substance from the seeds of a plant, which also has analgesic properties. Opiates, such as hydrocodone, on the other hand, are psychoactive chemicals derived from opium. They have similar effects to opiates, producing a state of happiness, calm and reducing the person’s pain.

Opiates can be of two types : endogenous (those synthesized naturally by the body itself, through the Central Nervous System [CNS]) or exogenous. Exogenous opioids try to imitate the effect of endogenous opioids, and are divided into three subtypes (where we find hydrocodone): natural, semi-synthetic and synthetic.

Natural exogenous opiates are extracted directly from the opium plant (the opium poppy). In this group we find morphine, widely known, and also codeine and thebaine .

On a chemical level, these are the alkaloids (a type of substance) of opium.

Semi-synthetic exogenous opiates, also called artificial opiates, are synthesized in laboratories. This group includes hydrocodone , a semi-synthetic opiate. But how are they made? From the previous opiates, the natural ones, which we extract directly from the opium plant.

Specifically, hydrocodone is synthesized from codeine, an alkaloid substance found in opium.

Another well-known semi-synthetic opiate, used as a psychoactive drug, is heroin, which is synthesized from morphine.

Finally, we found a third artificial opiate: oxycodone, made from thebaine (another alkaloid from opium).

Methadone, on the other hand, is widely known to be used as a drug for the detoxification processes of people addicted to opiates (as maintenance treatment). Broadly speaking, what it does is simulate the effect of the drug without causing the damage it produces.