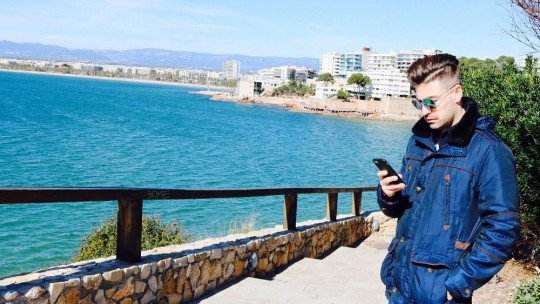 No one doubts that the Internet has revolutionized the world of interpersonal relationships and other aspects of our daily lives: today it is possible to go shopping with a single click from our smartphone, study from the comfort of our own home with our computer and even receive psychotherapy sessions with a psychologist who is thousands of miles away from us. Thanks to the technological offer it is possible to work, study, have fun and even meet a partner by using the Internet connection.

The new technologies have brought about a new paradigm for communication, and this has its advantages but also its negative consequences, because the daily lives of millions of people can be absorbed by “hyperconnection”, a term that refers to how people are constantly connected to the digital world.

The birth of the “digital culture”

Only a few decades ago we entered a new era with great implications for humanity, the so-called “digital era”. Technological advances, the emergence of computers and Internet connections have changed the entire course of our time. It was not long ago, just since the beginning of the new century, when the majority of the Spanish population started to use the Internet. It was then when we landed in the interconnected world , something that became more noticeable with the appearance of smartphones.

The interconnected world brings with it changes in the relationships between states, companies and even individuals. We are not witnessing a time of change, but rather a change of era. Some people were born into the analog world and others into the digital world. Be that as it may, we are all currently living immersed in the digital revolution and we all have contact with ICTs on a daily basis: forums, chats, blogs…

In this context our habits, our way of life, our customs and even our language have been transformed. Our culture is “the digital culture”.

Is it bad to be connected to the Internet? Logically, no. The appearance of the Internet has allowed great advances for our civilization: it provides access to a great amount of information in a free way, it facilitates the access to science, culture and leisure , it makes possible the connection with other people from practically any place in the world, it facilitates the learning process by offering new educational opportunities, it allows new forms of commerce, etc.

However, many psychologists and educators warn of the harmful use of this phenomenon, and focus on some risks and some negative consequences of excessive Internet use. In the eyes of Alejandro Artopoulos, a professor at the School of Education, “Hyperconnection can bring about unhealthy effects for many subjects”. In the same vein, my colleague and friend, psychologist Juan Armando Corbin”, in his article “Nomaphobia: the growing addiction to mobile phones”, reviews the influence that smartphones have on our mental health and emotional balance.

In its text it provides data from some research on this subject, especially from the study carried out jointly by the UK Post Office and the YouGo Demonstration Institute, which was conducted in 2011. This research involved 2,163 subjects, and the results revealed that 53% of mobile phone users in this country feel anxiety (comparable to what a person might have the day before their wedding) if their mobile phone runs out of battery, breaks down or is lost. In addition, 55% of the subjects reported “feeling isolated” when they did not have their cell phone. Experts say that these symptoms are characteristic of Nomaphobia or mobile phone addiction.

New technologies facilitate new forms of relationship and communication and provide us with access to information in record time. But what are the risks of hyperconnection?

Psychologists have identified some negative consequences associated with excessive Internet use.

Access to information or knowledge is one of the great advantages of using the Internet; however, excess information of any kind can generate stress and can have consequences at the functional level, as explained in this article: “Infoxication: how to combat excess information”.

It should also be noted that ICTs are a source of education in values, and not all the information we receive through this medium is of good quality. In this sense, the educational community has been making efforts for some time now to try to minimise the impact of new technologies on the education of children and young people. A great deal of information of all kinds (violent content, pornography, etc.) is available to minors without any kind of control. Being hyperconnected, yes, can exhaust us psychologically, and can be a problem if we do not educate the youngest in the use of new technologies. Not that the new technologies are harmful, but the misuse of these technologies can have consequences for people’s well-being.

It is possible to say that the Internet favours many interpersonal relationships and brings many people closer who would otherwise have little contact with other individuals. However, hyperconnection is also favouring the creation of weak links between many people, superficial and liquid links, which can cause great discomfort and a feeling of emptiness. In the article “3 ways social networks destroy our relationships” you can find examples of this phenomenon.

In the case of relationships, infidelities and separations have increased as a result of hyperconnection to social networks. Furthermore, Instagram, Facebook or Whatsapp can cause many conflicts and misinterpretations in relationships as some research shows.

As a study published in the journal Cyberpsychology & Behavior states, there is a possibility that Facebook is acting as a motor for couple conflicts and jealousy episodes.

3. Related to identity creation and self-esteem

One of the great changes produced in recent years due to Internet access has to do with interpersonal relations, as I mentioned in the previous point. This is because, especially in adolescence, contact with friends has a great implication in the formation of identity .

In a showcase such as social networks, which expose a fictitious image of oneself and others, and promote a society in which the virtual is mixed with the real, it is easy for insecurity and poor self-image to appear at this age, something that can drag on for the rest of one’s life. Identity formation is linked to personality, and in these years it is key to build a healthy identity and a resilient personality.

In fact, when using social networks, it’s common to think that other people’s lives are more interesting than ours, something that has a considerable impact on our self-esteem. This is known as FOMO (Fear of missing out) syndrome.