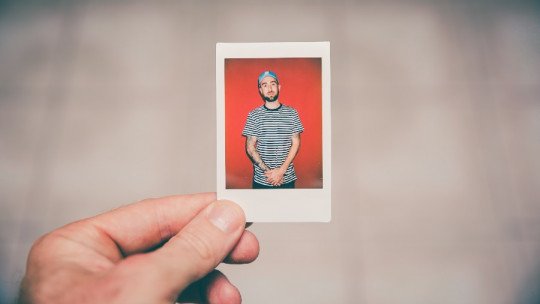 Being able to remember the things we lived is something that most people value as something positive , that allows us to learn and treasure what we have lived. Over time, we tend to forget most of the information we receive, which is adaptive as it allows room in our consciousness for the arrival of new information.

Many people wish they could keep more information in their memory for longer, make their memories never disappear. However, this does not happen in cases of hypermnesia, where all kinds of memories remain vivid and fresh permanently in the memory .

Hypermnesia: when we remember everything

Most people are able to remember the specific moments that have deeply marked them. The first kiss, the last time we saw a loved one before he or she died… The emotions that these events provoke make some details remain with us forever. However, even in those kinds of memories we usually keep only small pieces, forgetting a large amount of details that we consider of little importance.

People who suffer from hypermnesia, also called hyperthymesia, have a capacity for remembrance and evocation that is much higher than the average , being able to remember with great precision and detail a large amount of material. This capacity allows them to be able to encode, store and retrieve new content very quickly in order to use it when it is needed. This is a tremendously useful capacity that has nothing to do with the level of intelligence of the person who possesses it and that in itself is not pathological.

The memory capacity of these subjects is mainly subject to one type of memory: autobiographical memory. People with hypermnesia are able to remember almost every detail of the events they have experienced. However, as a rule they are not more capable in other types of memory unless they are able to link stimuli to memories of a personal nature.

The problems in this memory impairment

However, on some occasions the memory is not only centred on aspects that the individual wants to remember, but there can be serious difficulties in abstraction and selection of the material remembered, which can cause significant discomfort for the subject and diminish his or her functionality, and can provoke anxiety and serious alterations in the state of mind. In these cases it could be considered a pathology, called hypermnesic syndrome.

In many cases, hypermnesia or hyperthymesia appears in people with obsessive characteristics , and this may be one of the factors that contributes to the retention capacity or an indirect effect of such capacity.

Although there are very few people who suffer from this strange syndrome, several cases have been documented both in the past and in recent times when some individuals indicate that they are able to remember every detail of what they have experienced since childhood or adolescence.

Some differences at the neuroanatomical level

The few cases of subjects with hypermnesia that have been able to be studied have reflected that they present some particularities in some areas and elements of the brain.

It has been found that in these people the frontal and temporal parts of the brain have a stronger connection, with a higher density of white substance, than in most of the population. There appear to be alterations in the inferior and medial temporal gyrus of the temporal lobe, an area where the unciform fascicle is located and which plays an important role in autobiographical memory. In people with hypermnesia, this fascicle is widely developed .

Also, a larger size of the amygdala and its connections to the hippocampus has been detected in some of the cases compared to subjects without hypermnesia. This fact supports the belief that increased recall is linked to the connection of stimuli to emotions.

Hypermnesia is a rare phenomenon with very few recorded cases . However, there are a large number of phenomena related to this type of problem that appear in a specific way in some subjects.

In some cases, great moments that have marked us can appear as clear memories in the form of a flash, especially when we refer to important moments in which we remember very clearly what we were doing when such a case occurred (let’s say, for example, the arrival of man on the moon).

Phenomena similar to hypermnesia also appear in some disorders such as psychotic or manic disorders , especially when these memories are used for a specific purpose such as justifying abnormal behaviour.

It is also possible that an event that has brought about a profound emotional alteration, generally events experienced during childhood or some traumatic events, may be remembered in a particularly vivid way, and may even be confused between the past and the present, and consider the memory to be the current experience. This phenomenon is known as ecmnesia.

As we have said before, for many people being able to remember all the facts of their life or simply being able to retain a much greater amount of information in their memory is a good thing. Quickly remembering information can facilitate the learning of many disciplines and skills , it gives us a good capacity to remember the things that are important to us and our loved ones and it can even open the door to jobs or other opportunities.

However, while some people with hypermnesia lead relatively normal lives, for some others their condition can be extremely painful and disabling. In some cases, what could have been a gift has become a curse that causes serious difficulties in all areas of life.

In this sense, not being able to forget means that every time we have to do a concrete action we have to stop for a long time to organize our mental contents, resulting in a high level of propensity to be distracted and a decrease in the productivity of our actions.

It can make it difficult to discern between what is necessary and what is circumstantial, giving great importance to elements that are not really necessary. It can also generate a high level of indecision in those who suffer from it.

In the same way, being able to remember with great clarity means that painful events that have happened to us throughout our lives cannot be overcome quickly, leaving feelings such as guilt and humiliation in one’s psyche for longer and making the mourning process much more challenging than usual.

It also complicates the acquisition of new knowledge, since the level of attention decreases with the application of mental resources to try to filter and use the necessary memories and not others.

Likewise, makes the step between learning and automating tasks difficult , since not only the basic procedure is remembered but also the whole set of associated details and therefore it is more difficult to abstract what is necessary from what is accessory.

Moreover, in some cases the vividness of memory can cause confusion between past and present, leading to ecstatic delusions in which it is believed that what is really a memory is being lived.

Is it really infinite memory?

It should be borne in mind that hypermnesia, although a very striking phenomenon, is nevertheless confined to the field of mental processes (cognitive, in particular) and therefore depends on the functioning of the brain. This is so because to maintain the opposite would mean defending dualism in psychology , the belief that there is something disembodied that is separate from the material world and at the same time has repercussions on the latter. That is to say, an unscientific point of view.

On the other hand, in many cases of people with hypermnesia this goes hand in hand with an abnormal brain.Kim Peek, for example, in addition to being able to memorize entire books, did not have a corpus callosum that linked the two hemispheres of the brain. It would be a great coincidence if these two facts had nothing to do with it. Obviously, extraordinary mental capacities exist because behind them there is an extraordinary nervous system .

That means that hypermnesia has a limit simply because it arises from something that is also limited: the brain, by its material nature.