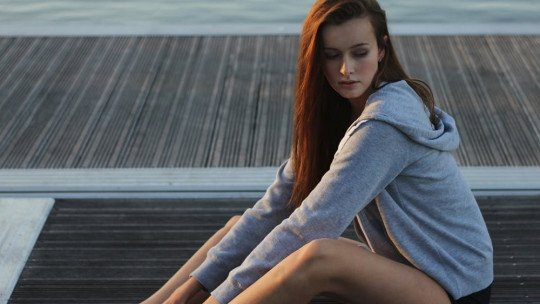 Today many people go to the gym or do sports at home or outdoors in order to exercise, maintain their physical and mental health, generate endorphins and maintain and improve their figure. There are a lot of possible exercises to do, both aerobic and anaerobic.

One of the areas most often worked on is the abdomen, a part of the body where abdominal work is usually performed. However, in recent years a different way of doing this type of exercise has become popular: which consists of doing hypopressive abdominals . We will now look at what they are and what their benefits are.

The abdomen is the part of the body in the lower half of the trunk, located between the torso (from which it is separated internally by the diaphragm) and the pelvis. It houses most of the organs linked to the digestive system and part of the genitourinary system.

With regard to the muscles, we can find a series of muscles that provide mobility to the area while protecting the internal organs and helping them to function correctly. These muscles are arranged at lateral, posterior and anterior level, and can be classified as transverse, oblique, pyramidal and straight.

The functioning of these muscles is of great importance, and when they are trained they allow a better posture and capacity of movement and functioning of different parts of the body. Therefore, training them can be a great advantage, and for this purpose it is very useful to perform tension and distension exercises , which has traditionally been done by performing abdominals, which normally require their tension through constant and repetitive movements.

However, hypopressive abdominals are not so much based on the performance of movements as on their tension and distension in a more passive way.

The hypopressive abdominals are a type of exercise dedicated to the work of the so-called abdominal binder from the tension and distension of the deepest muscles.

Although breathing control is fundamental in most physical activities and exercises, in the hypopressive abdominals it acquires an even greater significance due to the fact that most of the exercises are performed during moments of respiratory apnea.

It is about achieving a negative pressure in our abdomen and part of the pelvis, so that the reflex reaction of the inner muscles takes place. The oblique and transversal muscles are worked in particular .

How do you perform this exercise?

To perform them, posture and breathing control are combined. Basically, it causes apnea or cessation of breathing after stretching the diaphragm in a posture that favors self-stretching and opening the ribcage while inhaling to try to keep it open when exhaling.

After exhaling and before inhaling the apnea is performed (that is, you are a few seconds without breathing), observing a kind of suction in the abdomen. In short, the aim is to expel all the air and then hold the breath while the chest expands and the belly shrinks, in order to maintain tension and finally stop tensing and breathe in again. It is recommended to do several series regularly to observe results (approximately twenty minutes a day).

This type of exercise was developed from observation of the possible difficulties or negative consequences of performing traditional abdominals. However, it is necessary to have a certain amount of control when doing them since they can generate some mechanical problems if done incorrectly and in an uncontrolled manner.

Hypopressive abdominals have a number of benefits over their traditional counterparts. On the one hand, it helps reduce the contour and perimeter by working especially the transverse and oblique muscles.

The hypopressive abdominals have also been shown to be useful for pelvic work , which can help prevent incontinence problems and even strengthen the muscles after childbirth. This strengthening can also help decrease the effects of various types of sexual dysfunction.

Another advantage is that in general the spine is not forced , which usually does not cause any discomfort or back pain and, at the same time, avoids possible serious injuries.

However, this exercise can be dangerous for some people . Specifically, people with hypertension should refrain from this type of exercise as it is based on the use of apnea. It is also contraindicated for pregnant women, although some programs dedicated to this type of population are beginning to be implemented.

People with anxiety and/or respiratory and cardiac problems may also have difficulties carrying them out, being also contraindicated or requiring modifications and adaptations.

Below you can find three hypopressive exercises that can help strengthen your abs.

To perform this exercise we must stand upright, with our feet parallel and try to separate our shoulders while stretching our spine upwards as much as possible. The arms can be placed in the shape of a pitcher or by lining up elbows with hands and shoulders in a circle, facing forward.

Once in this position we inhale by opening the ribs and try to maintain this opening while exhaling . Once the air has been expelled, we perform the apnea with the ribs open and hold it for a few seconds. Then we let go and take another breath, taking several normal breaths before doing the exercise again.

Another variant is done in a bent position, with the hands resting on the legs but also stretching the spine as much as possible.

As in the previous case, the spine is stretched as much as possible, although you remain seated with your legs bent . The posture is similar to that used in many yoga and meditation exercises. The arms can be placed in the same way as above, and the same breathing routine is performed.

This exercise is performed by resting the forearms and the tips of the feet on the ground, keeping the rest of the body in suspension and maintaining the tension of the abdomen. The posture is similar to the one used when doing push-ups . In addition to the obliques and the transverse, the straight muscle is also worked.