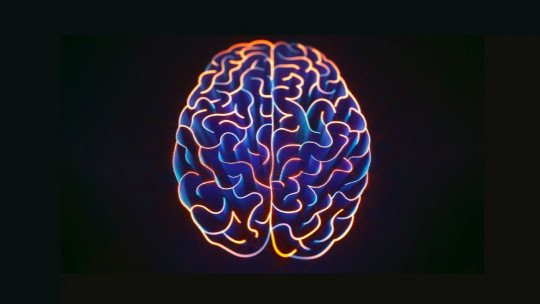 Ideational apraxia is a neurological condition that incapacitates a person to think and perform certain sequences of movements with everyday objects and tools, when asked to do so.

For example, when we tell a patient suffering from this type of apraxia to communicate aloud the steps to be taken to brush his teeth, he will find it impossible.

Next, we will see in more detail what ideational apraxia consists of, what the causes are and its main symptoms, as well as the indicated treatment.

What is ideational apraxia?

Ideational apraxia is a neurological disorder characterized by the loss of the ability to conceptualize, plan and execute the complex sequences of motor actions involved in the use of tools and objects of everyday life.

This condition prevents the sufferer from planning movements in which there is some type of interaction with objects, due to a loss of consciousness or perception of the purpose of the objects. The characteristics of this disorder include an alteration in the concept of sequential organization of voluntary actions. The patient seems to have asked for knowledge of what a specific object represents.

It was the psychiatrist Arnold Pick who, a century ago, described the first patient who seemed to have lost the ability to use objects; this person made mistakes such as combing his hair with the wrong side of the comb or brushing his teeth with his finger, mistakes that often occur in the ideational apraxia.

However, it was not until the 1900s that the German neurologist, Hugo Liepmann, redefined the term ideational apraxia, specifically describing a series of disorders that involved, above all, problems in motor planning, apart from alterations in the visual perception, language or symbolic capacity of patients.

The causes of ideational apraxia are still unknown to most researchers.

However, studies carried out with patients who have suffered brain damage indicate that this type of apraxia is related to lesions in the dominant hemisphere , in areas close to those associated with disorders such as aphasia.

It was Liepmann at the beginning of the last century who proposed a hypothesis that involved the motor processing system, in charge of executing actions, located in the left brain hemisphere and responsible for the motor planning that guides the body’s movements. However, he could never describe in two patients with the same brain damage, the same type of symptoms typical of ideational apraxia.

Other researchers have noted that possibly damage to the lateral groove of the brain, also known as Silvio’s cleft, could help explain the impaired recognition of objects by subjects. Another possible location that would lead to the typical symptoms of an ideational apraxia could be the marginal gyrus, located in the parietal lobe of the brain.

In general, ideational apraxia has been identified with bilateral injuries in parietooccipital and parietotemporal regions, although frontal and frontotemporal injuries in the left hemisphere have also been proposed as possible locations involved in the causes of this type of apraxia, since this would explain the problems in motor planning observed in this type of patient, as well as the difficulty in distinguishing it from certain aphasias.

In cases where apraxia occurs along with some type of dementia (Alzheimer’s or Parkinson’s), extensive lesions in the left hemisphere and damage to the corpus callosum have been described.

Patients who present ideational apraxia, as we have mentioned before, are unable to perform movements that involve an orderly sequence of acts. Although the person may be able to execute each act of those that compose a movement separately, they cannot execute it orderly and logically.

To prove this, Liepmann performed a series of tests, known as multi-object tasks. Each task requires the patient to use more than one object; the researcher describes the task to the patient and asks him or her to perform the task as described. Liepmann gave the patients several items, such as a candle, a wick, and a box of matches. He then watched to see how they interacted with each object.

In the case of the matchbox, one of the patients brought the box close to the wick; another, opened the box and took out a match, and brought it close to the wick without lighting it; another patient struck the candle against the matchbox, and so on. The researcher was able to witness the discontinuity of the patients’ actions with respect to everyday objects, categorizing the errors they made, such as: misplacement of actions, misuse of objects, omissions, or sequential errors.

In short, the deficit presented by patients with ideational apraxia is not a lack of knowledge of how to use an object, since they perfectly understand the function of each one of them. The problem lies in the fact that, when they try to interact with multiple objects to execute some of their functions, the execution becomes defective .

The person is therefore capable of performing more or less complex actions on a routine basis (lighting a match or opening a box), but is unable to do so under verbal command or when asked to do so. Hence, for some researchers, this type of apraxia is nothing more than a severe ideomotor apraxia, involving the inability to perform movements or gestures when these are required verbally or by imitation.

Currently, the most common treatment for ideational apraxia, which is still a brain-damage disorder, is occupational therapy and neuropsychological rehabilitation , which aim to delay the progression of symptoms and help patients regain their independence and functional autonomy.

In younger patients, after a stroke that causes such an apraxia, recovery is less complicated because their brains are more plastic than those of an adult or older person. As new patterns and behaviors develop during rehabilitation, intact, functional neural areas may take over some of the functions performed by the damaged regions.

Ideational apraxia has often been described in cases of dementia of the Alzheimer’s type, being a major cause of morbidity and also progressing with the underlying disease. In these contexts, people quickly lose autonomy and become highly dependent, requiring the use of technical aids and, in the most serious cases, transfer to a centre where they can meet their needs.