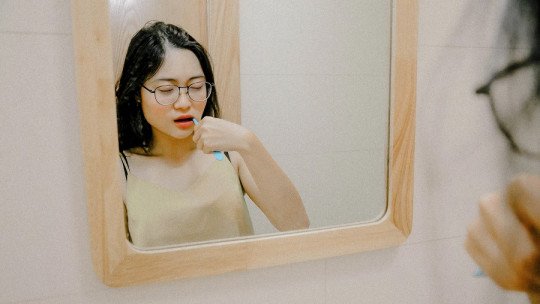 Ideomotor apraxia is a neurological condition that causes the person who suffers it to be unable to imitate gestures or movements, and to perform movements voluntarily and at the request of another person. Patients with this disorder end up having great difficulty carrying out activities of daily life, such as brushing their teeth or holding tableware correctly.

In this article we explain what is ideomotor apraxia, what are the causes that explain it, the symptoms it causes and the adequate treatment for this disorder.

What is ideomotor apraxia?

Ideomotor apraxia is a neurological disorder that involves the inability to imitate gestures and perform voluntary motor acts, on request or by verbal command , due to an error in the configuration, temporal pattern and spatial organization of the members of the body in the context of the movement in question.

People who suffer from this type of apraxia can handle tools and objects of daily life spontaneously, although sometimes this ability is also lost. The deficits caused by ideomotor apraxia seem to be the result of an interruption or failure in the system that relates stored knowledge about the use of everyday objects and information about gestures to the state of the body to produce the desired or appropriate motor action.

Ideomotor apraxia causes patients to have difficulty performing simple motor acts and movements (greeting someone or turning off a tap, for example), as opposed to other motor sequences or more complex movements (such as brushing teeth or dressing). However, unlike other apraxia, such as ideationality, these people can express these actions verbally.

This system is thought to be related to the areas of the brain most often damaged when this apraxia occurs: the left parietal lobe and the premotor cortex of the brain.

Normally, the most common cause of ideomotor apraxia is ischemic damage (from stroke or stopped blood flow) in one of the hemispheres of the brain. There are multiple regions of the brain where lesions have correlated with this type of apraxia.

Initially, it was suggested that lesions in the tracts of subcortical white matter , the axons that extend downwards from the neuronal bodies in the cerebral cortex, could be one of the main causes responsible for the appearance of ideomotor apraxia.

It has also been suggested that injuries to the basal ganglia, a brain structure responsible for the initiation and integration of movement, could be another possible cause, although there is ongoing debate as to whether damage to this region of the brain alone could be sufficient to induce ideomotor ataxia.

However, it has not been shown that lesions in these subcortical brain structures are more prevalent in non-practical patients. The most recent research indicates that the damaged areas of the brain that have been most associated with patients with this type of apraxia would be: the parietal region, the left premotor cortex and the supplemental motor area.

Injuries to other types of brain structures, such as the corpus callosum (the bundle of fibers that connects one hemisphere to another), may also induce apractical symptoms, with varying effects on both hands. In addition, ideomotor apraxia also occurs comorbidly in Parkinson’s disease, Alzheimer’s dementia, Huntington’s disease , corticobasal degeneration and progressive supranuclear palsy.

Ideomotor apraxia generates a whole series of symptoms that impact each individual in a variable way. Typically, this disorder affects a person’s ability to carry out everyday movements and actions such as greeting someone, for example.

Affected people often show errors in the way they hold and move tools and objects when trying to use them correctly . One of the most characteristic symptoms of ideomotor apraxia is the inability to perform motor acts under verbal command. For example, if the patient is given a comb and instructed to brush his or her hair, he or she will execute the movement incorrectly, making circles around the head or holding the brush upside down.

The errors made by patients with ideomotor apraxia can be spatial in nature, as in the example of the improper use of the comb, and also temporary. Continuing with the previous example, the person would execute the act of combing in an excessively slow or erratic way, showing signs of committing a motor act with errors in the temporal sequence.

Another of the most characteristic symptoms of ideomotor apraxia is the inability to imitate hand gestures, whether or not they have a specific meaning . Patients know what they have to do when someone asks them to, but they cannot execute the gesture correctly. This neurological disorder prevents affected people from performing any voluntary act, and sometimes they may also lose the ability to carry out spontaneous actions and movements.

In recent years, several studies have found that people with ideomotor apraxia appear unable to touch their fingers as quickly as a control group of healthy subjects. In addition, apraxic patients are slower to aim at an objective light when they cannot see their hand. These people seem to rely much more on visual information when making movements than healthy people.

The impact of ideomotor apraxia on the autonomy and functional capacity of the person who suffers it is variable and generally depends on what other types of disorders are associated with it. The impact of this neurological disorder on the activities of daily life is varied.

As regards personal hygiene: the person will have serious difficulties in orienting and correctly positioning cleaning utensils, such as a comb, toothbrush or razor. With regard to feeding, the patient will have difficulty in correctly grasping the cutlery when eating or in placing the cutlery on the table, in the right shape and space. They will also experience problems getting dressed, putting on or taking off their socks, for example.

Although it is known that a small group of patients with ideomotor apraxia recover spontaneously, this fact is not too frequent. What can happen is the phenomenon of hemispheric compensation , by which the functions normally performed by one hemisphere, could be performed by the other, in case of being damaged.

Occupational therapy and neuropsychological rehabilitation are the most common treatments in cases of apraxia, in order for the patient to regain maximum functional capacity. Normally, work is done by dividing daily tasks into separate components (for example, the act of combing one’s hair) and the patient is taught to perform each motor act individually and then complete the entire sequence.

The above procedure is repeated extensively, so that the person can regain skill in the execution of a given movement and eventually combine other sequences to create new and unique movement patterns.