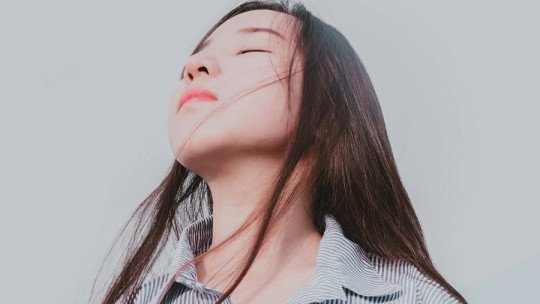 Guided imagery is a technique used in therapy and sports psychology mainly with the aim of helping the subject to control states of anxiety; from treatment against phobias to improving the performance of the subject in some sports discipline.

In this article we will see how this technique is applied in psychological interventions, as well as the most common cases where it is usually implemented. We will see a list with the steps to follow to get to use the imagery properly.

Guided imagery consists of proposing to the subject an imaginary scenario where he or she is able to overcome situations guided by the therapist , with the intention of making the individual acquire sufficient self-confidence to face a similar issue in his or her daily life.

This technique offers good results in the treatment of neurosis, especially in the subject of anxious states, as we have already mentioned, thanks to the fact that the subject is offered the possibility of facing a complicated situation from a controlled and safe environment.

The main idea is that after the process of guided imagery the person will gradually get the psychological resources needed to face the adversities that may be present in their life, regardless of the area.

When is it convenient to apply it?

We will now look at some examples where imagery is effective for treatment.

Anxiety is characterized by a pattern of accelerated and catastrophic thinking , in which the subject anticipates his or her failure before having started the activity.

In these cases, the imagery consists of proposing the subject imaginary situations in which he is exposed to some of the factors that trigger his anxiety, and guiding him until he is capable of facing the situation, being the one who finds the tools to manage them in a safe context.

2. When seeking to improve performance

Regardless of the area in which performance is sought, imaging is an excellent technique for achieving this end. In these cases, an imaginary scenario is generated relating to the area where improvement is desired, whether in the sporting, work, family or personal aspect , etc.

Once we have mentally located the subject where we want, we proceed to guide him through a series of situations in which he will have to overcome certain obstacles that the specialist will generate throughout the visualization process.

For example, if a footballer has had a significant drop in performance, the aim is to put him in key situations where his competitive instincts come to the fore, such as taking a decisive penalty, among other situations typical of his sport.

3. When looking to close cycles

By means of this technique the therapist can get the subject to close some negative cycles that keep him/her anchored to certain situations of the past and that do not allow him/her an adequate development in the aspects of his/her daily life.

Break-ups of couples, loss of employment, departure of children , among other mourning processes, are frequent in treatments that use imagery. In general, when people are reluctant to close some cycles in their lives, it is because they avoid the situations completely, even to the point of not thinking about them consciously.

In order for our patient to be able to close cycles properly, one must be tactful in bringing the visualization to the subject’s mind; otherwise there may be some rather inconvenient resistance during the process.

Sometimes it will be necessary to get the person to imagine another person with whom they have had a strong argument, or even someone who is no longer alive, all with the aim of having a proper goodbye to reach the desired cycle closure.

In the next few lines we will review the guidelines to follow when applying imagery.

This aspect is fundamental to the success of any therapeutic process , particularly when we apply guided imagery. It is key to getting the subject to trust us as therapists and to allow us to give them the necessary guidance during the process.

The rapport refers to the degree of trust that the therapist is able to establish with his patient; is usually achieved during the first consultation sessions , before starting the application of any technique.

Having the real reason for the consultation

The real reason refers to the real reason why the subject attends the consultation. It is common that at first the reason he indicates is not the one that really affects him.

It is the therapist’s job to identify what the real reason is and work on it. At the moment of applying the imagery we must already know both the separate motive and the real motive of the case.

It is important to have conducted a previous interview with the subject who can provide meaningful information about their daily routines, in order to use that information during the guidance process.