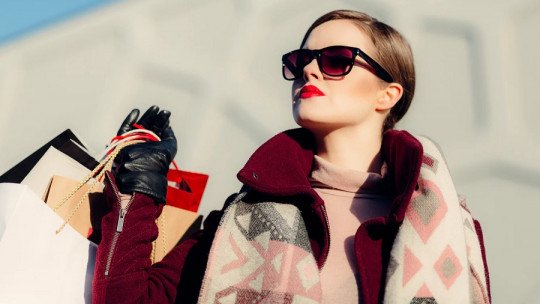 To what extent are we able to control our most emotional and passionate side? Most human beings are capable of mastering their impulses, since experience and learning teach us that sacrificing everything to satisfy an immediate need usually does not compensate.

However, in some cases this is only half learned. Because there are a lot of impulsive people , people with serious difficulties in confronting these kinds of desires. In this article we will see what are the habits and traits of this kind of psychological profile and how their actions are explained.

This is how impulsive people are

Among the traits, habits and propensities of impulsive people are the following.

1. Do not tolerate waiting well

One of the most important psychological traits is the ability to delay gratification , which has to do with what is our limit when it comes to abstaining from enjoying in the present in order to enjoy more in the future. This is a characteristic that is absent in children of a few years of age but that, as we grow up, is being improved.

Impulsive people tend to have a greater capacity for delaying gratification than younger ones, but relatively low for adults. This can be seen in their propensity to manage their money, to consume food and even to relate to other people (many times we have to make sacrifices to improve our social insertion).

2. They fall into procrastination

Procrastinating is the habit of procrastinating about what should be done in the present (or even in the past, and has not yet been done). That is, constantly postponing an obligation or responsibility .

Usually, this goes hand in hand with a sense of loss of control, as if a mysterious force were pushing us to not perform a task even though we rationally know we should do it now. In many cases, this action is rationalized after a while, creating a pseudo-rational argument that allows us to feel better about ourselves.

Impulsive people are notorious procrastinators, and that is why it is very common for them to fail to meet their commitments within the agreed deadlines, on the one hand, or to do so badly, because of poor time management.

The fact of constantly giving in to impulsiveness means that more problems are added to those that life already presents. Faced with situations of frustration , impulsive people show a greater tendency to fall into compensatory behaviour.

This type of action is a way of releasing anxiety in an unthinking, automatic and immediate way . For example, touching your hair a lot, walking in circles, or, typically, eating.

Unplanned visits to the kitchen are a habit that marks the day-to-day life of impulsive people. The possibility of being “distracted” by consuming sweet or high-carb products is very seductive for those who feel anxiety and stress but cannot find a way to end the source of this state, since that would entail meeting medium- or long-term goals.

On the other hand, in some cases these compensatory actions can become so severe that they are clinically significant, evolving into, for example, trichotillomania, bulimia nervosa or cutting (phenomena that can have many other causes).

4. Are prone to anger

Conflicts in which it is easy for our emotions of anger to be expressed are a trap for impulsive people, as they find it difficult to maintain a constructive attitude that allows the conflict to be transformed into a fit between positions with their own interests. In other words, they easily fall into anger .

This means that in a conflict the non-impulsive party starts from a situation of advantage, since his range of possible reactions is greater and, at the same time, he can better predict the behavior of the one who is characterized by his impulsiveness.

Of course, another implication of this is that impulsive people are bad at mediating discussions, since they will easily position themselves against someone.

All marketing in general aims to give commercial outlet to products or services by making the conditions for what is offered available and irresistible.

Impulsive people are unusually easy to convince to pay for something they didn’t even think about when they started their shopping round . Something as simple as the right packaging or a catchy slogan can be enough to make them take action. The same goes for “bargain offers”, as they add a reason to buy on the spot without much thought.

How do you explain impulsiveness?

There are several theories that try to explain the phenomenon of impulsivity. One of the first and most remembered, for example, is that of Sigmund Freud, according to which impulsivity is the embodiment of the force that the Ego has over the Self and the Overself.

However, today the most accepted explanation is that impulsivity is a consequence of an underdeveloped executive system. The executive system is the set of neural networks that intervene in the management of attention and in the establishment of objectives.

While for short term goals the influences of the limbic system are sufficient, those that are long term depend on processes of abstract reasoning that sometimes are not strong enough to make the satisfaction of a need be postponed.