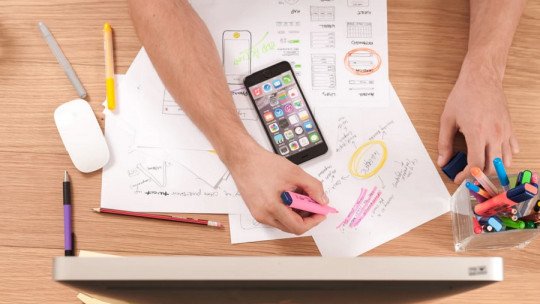 Incentives are stimuli that make a person more motivated to work, study, perform a certain action, etc. They are used in many areas.

In this article we will talk about the incentives applied in the business sector: work incentives. We will know their definition, their fundamental characteristics, the different types of incentives that exist and how they work. On the other hand, we will see what functions they have in addition to increasing the motivation and performance of workers.

Incentives: what are they?

An incentive can be defined as anything that drives a person to improve in certain aspects or tasks. It can also be considered as a reward or benefit after achieving something ; that is, it is something that motivates the person to do a certain action better or faster.

Incentives can be used in different fields and disciplines (education, psychology, therapy…); however, here we will talk about the incentives that apply in the work environment . In this area they are also widely used, especially to achieve an increase in the person’s performance, as well as in their productivity.

That is, they are aimed at achieving better results in the organization, as well as an improvement in the welfare or satisfaction of the worker and a better working environment. For example, an incentive would be to offer an extra economic bonus for each “X” number of sales.

The first author who started to talk about work incentives was Frederick W. Taylor, an American industrial engineer and economist , when he started the movement of the Scientific Labour Organisation in the middle of the 19th century. Taylor maintained that the effort of workers increased when they received incentives based on their productivity.

On the other hand, the Scientific Labour Organisation that Taylor created with his collaborators, refers to a system of work organisation that consists of dividing the tasks of the production processes.

This system, in fact, was typical of industrial organizations (Taylor being an engineer), and its objective was to increase the productivity of workers. Thus, as we have already mentioned, Taylor ended up seeing, after applying and studying his system under different conditions, that the incentives made the workers work harder and that, therefore, productivity also increased.

Work incentives can be of different types, as we will see later. However, they all share the same objectives: to improve the performance and productivity of workers , as well as their personal satisfaction within the company.

In other words, each person will have incentives to motivate themselves and increase their productivity at work. For this reason, the employer or the Human Resources professional must know how to detect these different needs and motivations in his staff , in order to be able to assign each worker the type of incentives that are most effective in each case.

Work incentives can be of different types. There are different classifications, but the most generic and accepted is the one that divides them into economic and non-economic incentives:

These are the incentives that lead to a financial or monetary retribution. Examples of these are salary increases, extra payments, commissions, bonuses … That is, everything that implies a salary improvement or extra money. These are the most classically used incentives.

They can have a major impact on the worker, as well as on his or her productivity, especially if their economy is not particularly good. However, as we have seen, not all incentives are the same for all workers.

Non-economic incentives include all those measures that improve the working conditions of the worker .

These types of incentives are much more varied than the previous ones, and include a wide variety of examples (tangible and intangible), such as: restaurant tickets, contributions to pension plans, life insurance, flexible hours, health insurance, transport assistance, canteen or day-care services for children, assistance to continue studying (training), fruit days at the office, etc.

Non-economic incentives are increasingly used by companies , and offer an extra attraction to the working conditions of the position.

Application and functions at work

We have seen how work incentives can be of different types, and how they are not equally effective for all people; thus, they have to be adapted to the needs and preferences of each worker in order to be effective.

But what exactly is achieved through the administration of effective work incentives? It is much more than a simple improvement in the productivity of workers . Let’s look at its most important functions:

The main purpose of the incentives, as we have been pointing out, is to boost productivity by increasing worker motivation.

However, the purpose of incentives goes much further, and they can also be very useful in attracting good profiles to the company. In addition to attracting them, they will also serve to retain them , and make the staff competent.

The incentives, by attracting good profiles, also enhance the company’s promotion system, since workers with greater potential will be promoted through such promotions, without going to work for the competition.

4. Filter out workers who do not fit in

On the other hand, incentives also allow to discern and filter which workers fit better with the company and which ones do not , since workers who feel in tune with the dynamics and philosophy of the company (that includes its incentives), are more likely to continue working in it.

If workers are comfortable in the company (this is partly due to the incentive management), the work climate is more likely to be relaxed, more pleasant and closer.

It has been shown that being motivated at work reduces absenteeism, sick leave, etc., and this motivation may be due in part to the type of incentives that the company provides to its workers.

7. Reducing costs and accidents at work

Finally, studies have also shown how incentives can influence the reduction of costs and occupational accidents in the company, as well as errors in the workers.