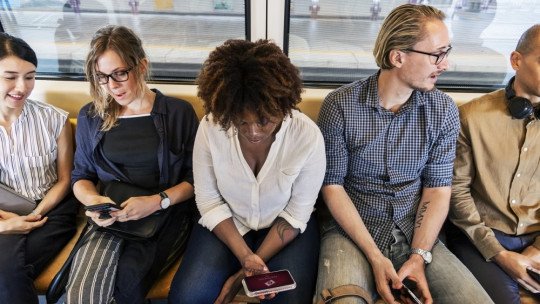 The term “Information Society” refers to an era in which the control and distribution of information are very important elements for economic and social development.

This is precisely the era we are living in today, and it has been named this way by different authors and government agencies. Below we explain some of the characteristics of the Information Society, as well as the proposals of some authors and the concepts that are related.

What is the Information Society?

The second half of the 18th century witnessed a very important process of transformation that we know as the Industrial Revolution. From this revolution onwards, western societies were organised around the control and optimisation of industrial processes , with which an “Industrial Society” had been inaugurated.

Approximately a century later, these industrial processes began to coexist with the development of technology , and later with the powerful economic value gained by the control of information.

Progressively, the optimization of industrial processes has been replaced by the production, distribution and handling of information, with associated technologies. This change of model inaugurated the stage we have called the Information Society.

The concept of “Information Society” has had a special boom since the 1990s, from the expansion of the Internet and Information Technologies (ICT) . It was even a central theme in the discussions at the 1995 G7 meetings, as well as in European Community and OECD (Organisation for Economic Co-operation and Development) forums.

In the same decade the United States government and UN (United Nations) agencies and the World Bank adopted the term and included it in their national and international policies. From this, the Information Society was the central theme of the International Telecommunications Union in 1998, and was finally consolidated at the World Summit in 2003 and 2005, which was precisely called the “Information Society”.

Likewise, this model of society has developed at the same time as the expansion of the paradigm of globalization and of the neoliberal models and policies, whose goal has been to accelerate the establishment of a global, open and supposedly self-regulated market .

This is because one of the main characteristics of the Information Society is the use of communication technologies as a fundamental part of the development and acceleration of the global economy and international relations. Examples of these technologies are Internet, cellular telephony, satellite television, among others .

Although the expansion of the term is relatively recent, the Information Society has been studied and defined by numerous intellectuals and government agencies since the 1960s.

Below are the contributions of some key authors to the understanding of the Information Society.

Intellectual from Princeton University that explored the activities of information and communication through the concept of “production of knowledge” as an exercise with monetary value , fundamental for the development of the Information Society.

Attached to Stanford University, he proposed that the activities related to the production and management of information have been progressively singularized through new technologies that allow us to build differentiated and autonomous personalities . To explain this, the author develops the term “information economy”.

He introduced the notion of the Information Society when he studied and proposed that a “post-industrial” society was developing, which according to the author is based on theoretical knowledge as the key to economics.

To these authors (Simon Nora and Alain Minc) is attributed the concept of “telematics”, proposed in another where explains the development of the industry and the sector of computer services and telecommunications. These sectors and industries are a fundamental part of the establishment of the economic policy of the Information Society.

The use of the concept of “Information Society” has some theoretical limits, so many authors have preferred to develop other terms to account for the social changes and challenges we currently face. Thus, for example, the concept of the “Knowledge Society” (adopted by the UN), “Knowledge Societies”, “Post-Industrial Society” or “Age of Technology” have emerged.