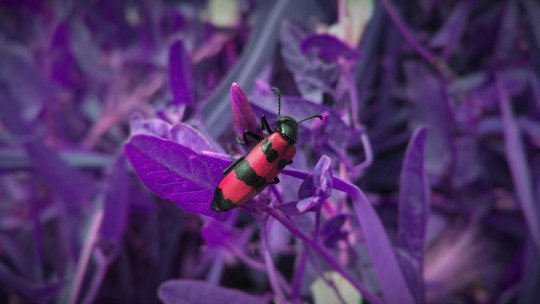 There are many phobias, some of which are very common and others not so common. Among the most frequent we can find the fear of insects or entomophobia, which is also called insectophobia.

If you are paralyzed by a cockroach running around your living room, or avoid traveling because you are obsessed with the idea that the hotel you are staying at is infested with bedbugs, you may suffer from this disorder.

In this article we will talk about the pathological fear of insects , and we will deepen in its causes, symptoms and consequences.

Entomophobia is an irrational and persistent fear that manifests itself in the presence of insects, and can appear anywhere, whether camping in the mountains, walking in the park, running on the beach or visiting a rural home. This phobia, although it may seem ridiculous in some cases because of the harmlessness of some insects, creates a great discomfort to the person who suffers it, who feels a great anxiety and anguish and an exaggerated attempt to avoid the feared stimulus.

Although most insects are not harmful to humans and do not pose a threat, those who suffer from this phobia experience extreme anxiety at the mere thought or observation of an insect. People with entomophobia may be embarrassed and aware of their fear, but they are unable to cope and often require professional help to overcome it.

Any insect, be it spiders, wasps, butterflies, dragonflies or caterpillars can become the stimulus that elicits a phobia . However, the most common forms of entomophobia are the phobia of bees and spiders.

You can learn more about these phobias in our articles:

In most cases, phobics developed this pathology as a consequence of a traumatic experience. This occurs due to associative learning called classical conditioning. You can learn more in our article “Classical conditioning and its most important experiments”.

But people don’t necessarily have to experience phobias in their own skin, but can learn them by observation, in what is known as vicarious conditioning. In addition, some irrational beliefs can encourage the development of these pathologies.

Some experts suggest that phobias may also be due to the fact that the human body is biologically prepared to be easily frightened. This would be because fears develop in the primitive part of the brain and not in the neocortex, the most rational part. This explains why phobias do not respond to logical arguments.

This can be understood because this kind of behaviour could have helped the human species to survive. But they can cause serious problems nowadays, by developing fears without any apparent risk .

Symptoms of this phobia

When a person suffers from this phobia and other individuals try to make him/her see reason for the non-dangerousness of an insect, these logical arguments do not help much, and the symptoms drastically affect the phobic’s ability to live normally .

Like all phobias, entomophobia or insectophobia is a condition that should be taken seriously, because it can be disabling . The symptoms affect the individual on a cognitive, behavioural and physical level. The first symptoms include fear, distress, lack of concentration or catastrophic thoughts. A characteristic behavioural symptom is the attempt to avoid phobic stimuli. And as physical symptoms, the most common are the sensation of suffocation, hyperventilation, headache, nausea or stomach pain.

The classic treatment of phobias aims to end the association between stimulus and response, so cognitive-behavioral techniques, also known as second wave behavior therapy, are often used. The therapist can help the patient to overcome the phobia through these techniques. The most common are relaxation and breathing techniques and exposure techniques .

Today, other therapeutic methodologies such as Mindfulness-based cognitive therapy and acceptance and commitment therapy can also be employed.

Furthermore, with the development of new technologies, new ways of treating this pathology have appeared. An example of this is virtual reality, which has proven to be very effective in exposing the patient to phobic stimuli. On the other hand, apps for smartphones have appeared that include psychotherapeutic tools to treat these irrational fears .