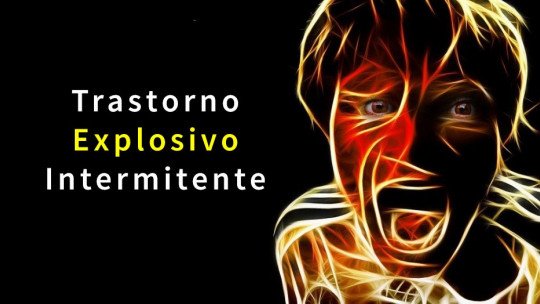 Our emotional state is an area of our psychological life that, on many occasions, reveals itself as something beyond our control. This has positive consequences, others negative, and some that have to do with risks when certain types of mental disorders occur .

For example, thanks to feelings and emotions we can live intensely all kinds of moments, learn quickly about the positive and negative consequences of our actions and even achieve better communication with others, but sometimes some biological disturbances can make our emotional reactions excessive or even out of place.

Intermittent explosive disorder (IED) is a clear example of this , although in these cases the person diagnosed with this type of disorder sees his quality of life significantly limited by this mental disorder.

What is Intermittent Explosive Disorder?

Along with pyromania, trichotillomania, pathological gambling and many other disorders, intermittent explosive disorder is part of what is known in the DSM-V diagnostic manual as impulse control disorders. In short, is characterized by sudden and relatively brief bursts of violence , triggered by minimally frustrating or stressful situations, and which cannot be explained by substance use or injury.

People with TEI have a very low threshold of frustration and any setback, however minor it may seem, makes them suddenly angry, even if seconds before they were in a very good mood and laughing. Throughout these short episodes of anger, which usually do not last more than an hour, the person loses partial or total control over their behavior and on many occasions can end up physically or verbally attacking people who are nearby.

Once the outburst of anger has passed, people with intermittent explosive disorder usually realize for themselves that what they have done has been harmful to others, and they will often feel guilty.

The symptoms of Intermittent Explosive Disorder vary somewhat depending on the diagnostic manual used as a reference, but are mainly based on the appearance of short bursts of anger, expressed through physical or verbal violence , which are disproportionate to the magnitude of their causes and lead to a loss of control.

Since anger appears without premeditation, it often expresses itself by interrupting a positive mood, and violence does not have an instrumental purpose. The person who presents the symptoms of Intermittent Explosive Disorder does not aspire to fulfill objectives through the aggressions, but these are the result of his altered state of mind, which cannot be attributed to the consumption of substances or the existence of other disorders or deformed or damaged parts of his nervous system.

Thus, people with TEI can become angry in a matter of seconds when they interpret that someone is looking at them too much , or when they see that a product they have ordered in a shop has run out, or when they break an object unintentionally. Outbreaks of anger can occur in a variety of situations, but they all have one thing in common: they would not be a cause for intense anger for the vast majority of people.

As with all disorders, only certain mental health professionals can make a diagnosis of IED, most often with the help of a DSM manual.

ISD is closely related to bipolar disorder, which is hypothesized to be an early stage. In bipolar disorder, moments of mania and euphoria may resemble the outburst of intense emotion that occurs in intermittent explosive disorder.

However, the difference between the two types of disorders is basically that in intermittent explosive disorder bursts of anger can occur at any time , whereas in bipolar disorder they are linked to episodes of mania or depression, when the mood was already altered before.

With regard to antisocial personality disorder, in which outbursts of violence are also common, in such cases violence plays an instrumental role, so that a specific purpose can be identified, whereas in IST there is no clear objective beyond expressing the state of agitation and frustration in which the person finds him/herself.

As it is a mental disorder that cannot be linked to drugs or injuries but has to do with the way in which networks of neurons interact with each other and with environmental stimuli, the TEI cannot be treated by intervening on a single specific factor , as if it were a question of healing a wound. Therefore, in these cases the intervention is usually a combination of cognitive-behavioral therapy and administration of psychotropic drugs (usually mood stabilizers and/or antidepressants).

Psychotherapy is usually very helpful in recognizing the first manifestations of anger outbreaks, implementing plans to increase the level of control over behavior and prevent others from being harmed, and developing coping strategies against feelings of guilt and sadness. In this way, patients learn to follow certain protocols when they begin to notice the first symptoms of an IED-induced crisis, and they learn to regulate their behavior and ideas about what is happening so that the discomfort in them and others is reduced.