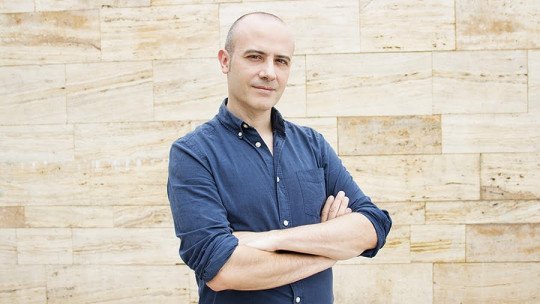 Fear of uncertainty is one of the most frequent psychological problems in psychotherapy consultations, and can take various forms.

It can, for example, appear as anxiety at the transition from university to the world of work. Or it may arise just at the moment when a couple relationship we have been in for years is ending, and we feel the need to adapt to totally new habits on our own. It may even facilitate the emergence of diagnosable psychological disorders, such as phobias or OCD.

To better understand the nature of fear of uncertainty, we spoke with Alejandro García Alamán, Director of the Hylé Psychology Centre in Barcelona.

Alejandro has been offering therapy to patients with all kinds of psychological problems for many years, and among these cases anxiety is a very common factor.

The state of tension and alertness generated by not knowing what is going to happen in the short or long term can completely disrupt our well-being, and often not understanding the nature of this fear of uncertainty makes things worse. For this reason, we ask this psychologist a series of questions to provide the main keys to understanding this anxiety disorder .

From the point of view of psychology applied to therapy… what is the fear of uncertainty? How can we define it?

From a more clinical view, I would enter the field of anxiety disorders, like any overwhelming fear. In people who suffer from not knowing what will happen and always put themselves in the worst case, for example, one could speak of a generalized anxiety disorder.

But since it is not easy to identify the origin, as in phobias, it is complicated to put a label on it. And in fact, what we call uncertainty is quite broad: fear of not knowing what to do with one’s life, either because of a lack of options, or because of excess (the famous existential anxiety that generates freedom of choice), or fear of what we do not know or cannot control.

In practice, how is it different from other forms of fear?

I would say that it is different in that it is not a fear of something concrete, but it does not have a form or a defined object.

Since we don’t know what we’re talking about, we fill it with our own predictions. Which are usually catastrophic, since most people have a strong negative bias, an evolutionary inheritance that sometimes plays tricks on us.

When we don’t know what we’re going to find, we try to put a face on it, so to speak, and that face is usually the face of our worst concern. At the beginning of therapy, no one knows what they’re afraid of, they just know they’re afraid.

How does this translate into common experiences in people’s lives? Could you give some examples?

Above all, in paralysis or blockages when it comes to deciding a course. Someone who doesn’t know what he’s going to do with his life simply stops. And he gets distressed. Also those who see so many options that they don’t know which one to choose.

The problem with uncertainty is that it can paralyze us and leave us in a state of incapacity and helplessness. We all know exactly what we will lose by making a decision, but we can only guess what we will gain.

That is why we find it so difficult to decide on issues that we consider to be crucial, even if they seem to be the obvious choice. Then there is the obsessive variant, which is the person who chooses to try to control everything as a solution to living in uncertainty. But that is putting doors to the field, because we cannot foresee any external situation.

Human intelligence is believed to exist in response to the need to adapt to the changing environment. With this in mind, couldn’t the fear of uncertainty be something natural, motivating us to adapt to what may come?

Yeah, totally. In fact, it is an evolutionary behavior: fear warns you of possible threats and preventing what might happen is a common practice. It prepares us for some eventualities and reassures us that we have a plan.

Human beings need regularities, routines that help us to order life. This is the first thing we are taught; young children love to watch the same movie dozens of times, because they can predict what will happen and that gives them security. There is no more comforting phrase than “I was right”.

But this prevention is usually focused on hypothetical negative events, because it is combined with another evolutionary mechanism, negativity bias. And of course, it can reach distressing levels.

At what point can it be established that the fear of uncertainty is so intense that it is a reason to go to psychotherapy?

In general, when the person shows very high levels of anxiety, which translate into physiological symptoms (having suffered an anxiety attack, or somatization due to stress) and high emotional suffering, where fear and also to some extent sadness predominate. All this is accompanied by the obsessive thoughts typical of the point at which you turn to a subject without finding a solution. This is the moment when they usually appear in psychotherapy.

And once in therapy, how does the process of recovery and improvement unfold?

At first the most worrying thing for the person in therapy is the symptomatology, so techniques are worked on to reduce it. But we cannot stay alone in this part; in parallel we analyze the context of this anxiety, which, being of a more existential type, is complicated to identify.

And of course, work to strengthen the person’s control over their own life; as the sense of ability and autonomy increases, decisions are made and the recovery process is underway.

Perhaps you could explain to us some of the techniques used in psychotherapy to treat these cases.

If the physical symptoms cause a lot of discomfort, we use relaxation techniques or mindfulness, look for routines or reassuring places, and so on. As for obsessive ideas, patterns of detention, generation of other possible alternatives and we also analyze the biases and fantasies in the person’s beliefs. When one knows what one’s favourite distortions are, one learns to disregard them. Also the acceptance that one cannot anticipate everything.

There is an important part of differentiating what a person’s real responsibilities are, what is in their hands and what is not. Here we use various clarification exercises. Finally, we explore what the person’s real wishes and needs are – because they are often contaminated by other people’s criteria or by what is socially accepted – and from this, and from the particular context, we use decision-making techniques.

Finally… Do you remember any specific case of a patient who has come to Hylé Psychology for this reason of consultation and whose recovery makes you feel especially proud?

Well, there are quite a few, and very varied, but above all I like working with students who are either starting or finishing their studies. These are moments of great anxiety in which one tries to guess an impossible future. Who can predict which studies will have a good job in four years time, or whether they will like it or not?

Anyway, I remember the case of a girl who had so much talent and ability to devote herself to any activity she set out to do, that she didn’t know how to decide how to run her life. Also, in very different areas from each other. She came in a state of tremendous distress and confusion, very much influenced by other people’s opinions.

In the end she managed to decide what she really wanted, discard other options and commit to a realistic plan. But most of all, she learned to trust her own judgment. This is one of the cases I remember most fondly and proudly.