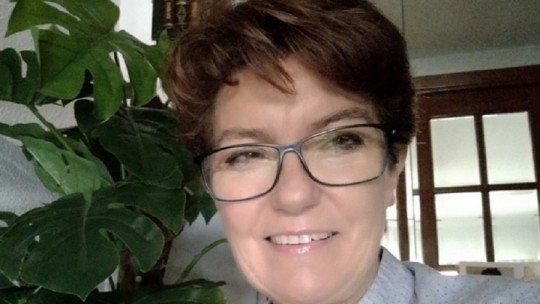 The strongest love ties are able to adapt to a wide variety of adverse situations over a long period of time. However, sometimes this force that unites two people is not exactly loving, but is based on processes of co-dependence : one party is vulnerable, and the other party is controlling and/or supportive of the other.

On this occasion we spoke with María Jesús Delgado López , an expert in Brief Couple’s Psychotherapy, so that she could explain to us what codependent relationships are like in some couples’ relationships.

María Jesús Delgado López is a psychologist and the Director of MJD Psicología, a therapy center located in Alcobendas. In this interview she talks about her experience offering psychological assistance to couples with a co-dependency problem.

In the psychology practice, is it very common to meet couples with a great imbalance of power?

In couples’ psychotherapy, it is quite common to notice who is in charge of the relationship. The need for therapy doesn’t necessarily come from the most powerful profile, but when you meet your partner in session, several combinations can be guessed at.

It also happens sometimes that one of the two wants to separate and the therapist is involved so that the dissolution is the responsibility of a third party.

In some clear case of psychological abuse the perpetrator goes into session seeking to maintain the status quo with the connivance of a professional.

And obviously, when the person who appears as a victim claims the intervention of a therapist, they are seeking help and confirmation regarding their perceptions.

These combinations can be many more. As many as there are couples.

Do you think that today the idea of couples is idealised in which one provides materially and emotionally and the other merely assumes a dependent role?

Rather, I believe that traditionally one provided financially and the other provided emotionally; those were the couples that our parents and grandparents were trying to shape. Today, role-playing is more random and free. What is much more the order of the day is the preeminence of emotional dependence.

Imagine a couple in which one of the two is the provider par excellence (in all areas) and yet they depend on the other in an incongruous and painful way: feeling abandoned when their partner does not thank them for the last gesture of surrender.

What are the fears or concerns that your partner’s dependents often express?

The clerk lives waiting for the look of his partner. He feels his own existence depending on the interaction with the other. The fear of rupture, therefore, is the main stumbling block in the internal security of a person who depends too much emotionally.

Not being relevant, not generating interest in the other, is a continuation of the above. Since it is lived as a gradual abandonment of the loving involvement of the couple.

The inability to accept separation also has a major impact. In these cases the dependent feels that the world is collapsing at his feet. That he has no handles and no resources to continue living, and that there is no reason to do so, either.

At the same time, it is curious to observe how the couple of the dependent enters, on some occasions, into a paranoid spiral of looking for food and constant dedication to the other and, thus, sparing them suffering of which they do not want to feel guilty.

In other cases, fatigue has set in, and the couple withdraws from the pitch: they cannot and do not want to be expectant of caring for the dependent, a love and commitment that is never, and never will be, enough.

Is it easy for people who have developed a dependent relationship with their partner to realize that this is a problem?

Yeah, it’s easy. You can usually bring it up in a one-on-one session and get involved in a process aimed at finding your autonomy. But, in couples therapy, the dependent may feel embarrassed, vulnerable, weak… fears complicity between partner and therapist.

Very often, I notice the anxious look of this personality profile on me, and how the inner drive appears, on my side, to protect him from his fear and helplessness in therapy.

What are the clearest signs that one partner has a dependency problem?

The first sign is given by the origin of the demand. When it is the shop assistant who first asks for an appointment, this is when he gives the first indications that he blames himself for being overwhelming and not leaving his partner alone.

When the demand comes from the other, it is possible that the dependent is refusing the therapeutic intervention because of the threat it poses: this fear that the other will want to separate in a more or less civilized way or that it may leave him/her without a protective mask.

Also, already in session, we found several possibilities. Sometimes, the shop assistant gets bored to death, he just wants to go home to his partner. Therapy is an impediment to his constant search for fusion. In some cases I’ve seen him simulate a non-existent interest.

On other occasions, the non-dependent emphasizes his power over the other (and here we find a fairly common paradox, the supposedly more vulnerable, the one who initially presents himself as more dependent, is the one who has the upper hand) and wants at all costs to devalue the other.

Other times the dependent has noticed the increase of insecurity in his own perceptions (Gaslight) and comes to therapy to find a way to give back to the other his manipulation (obviously, there is no clear emotional dependence here).

There are probably dysfunctional ways in which partners adjust psychologically to each other’s behavior. What do you think are the most common?

To talk about codependency is to talk about someone’s ‘addiction’ to their partner’s dependency. Believing that your obligation is to satisfy, in all its needs, your partner … puts you in a position of control and possibly manipulation of the other.

A supposed constant sacrifice by and for the other speaks to us of a feeling of a certain omnipotence that prevents the desirable autonomy of the other. And as a curious fact, when advice, sacrifice or intervention are not taken into account, we can see the codependent, the omnipotent, get angry and enter into a crisis because his partner does not ‘respect’ him, nor does he value his efforts.

What can psychology do to help in these cases, from couples therapy?

In authentic relationships, not vitiated by ulterior motives, when there is a real effort and orientation to work for a better and happier relationship, it is fortunate to be able to count on the work of the life partner to raise awareness of the level of self-esteem, of the cognitive distortions that often occur, in a collaborative search to practice assertiveness.

But it’s also about finding emotional security in oneself and about looking at where we place responsibility in partner interactions. Getting to have a deep but equal relationship and committed to happiness in one and in the bond.