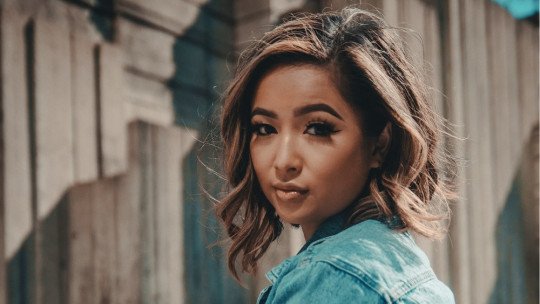 Introversion, kindness, neuroticism… many of the personality traits that psychologists work with are well defined and relatively easy to recognize where they occur. However, there are other psychological facets that are more subtle and can therefore appear in a multitude of ways.

With intuitive people this is exactly what happens, because what they excel in most, paradoxically, goes unnoticed by most people. In this case, what stands out is something very discreet: the psychological processes that lead to acting in one way or another and that, if we pay attention to them, tell us about the emotional character of the person who has them.
Now then… What are the basic characteristics of intuitive people? Let’s see.

These are the traits and habits that define intuitive people on a daily basis.

1. try to see things as a whole, not through their pieces

Possibly one of the main characteristics of intuitive people is that they try to reach a degree of holistic understanding of things . That means that instead of analyzing what is happening by breaking it down into its parts.

2. Value the importance of feelings in making decisions

No person becomes intuitive if they do not practice the habit of giving importance to their most irrational side. Therefore, intuitive people do not see as a weakness the fact of giving in to the pretensions of emotion and feeling .

3. They have a predilection for “female” knowledge disciplines

Throughout human history, there have been certain areas of knowledge that have been considered feminine and therefore not worthy of the attention of intellectual life. That is to say, that sophisticated pieces of culture could not belong to the realm of the feminine.

However, exceptionally intuitive people tend not to exclude these disciplines from their focus.

Moreover, they tend to enjoy these areas normally rejected by men, for two simple reasons: because there is no reason to do otherwise, and because they offer activities based more on feelings and understanding between human beings than on pure theory.

4. They are very empathetic

Another great characteristic of intuitive people is that they connect easily with others, at least on an emotional level. This is because they have a good ability to recognize the signals the other person sends, deliberately or not, about their emotional state.

Thus, a special connection is established between empathic people and their interlocutors , since much more attention is paid to non-verbal language, which transmits nuances about the emotional state in which we find ourselves.

5. Your focus is on the outside

Just as some people tend to introspect, elaborate on fantasies and reflect on quiet places, intuitive people tend to focus their attention outwards , that is, on their environment and those in it.

This does not mean that they are very sociable or that they have very good conversational skills, as you would expect from someone who enjoys having a rich social life. What it does mean is that these people focus their thoughts on what they perceive from their surroundings, rather than on very abstract memories and concepts.

6. They know how to live in the here and now

In order to be open to new situations and be guided by intuition, it is necessary not to carry psychological and emotional burdens that make us lose sight of what is happening in real time. Phenomena such as rumination are capable of focusing our attention on past experiences, usually in an obsessive way and with feelings linked to remorse and frustration.

Thus, intuitive people develop the necessary EQ skills to fall as little as possible into this type of ballast and have an awake mind for as long as possible.

7. They are not afraid of uncertainty

To be an intuitive person it is necessary to tolerate uncertainty, otherwise it is unlikely that decisions will be made on a hunch (at least consciously). Thus, managing the possible anxiety produced by doubts and fears of making mistakes cannot become something that completely paralyzes.

8. They develop projects in coherence with their visions

These are not visions in the mystical sense of the term, of course, but as the embodiment of what one aspires to, what one wants to achieve after a long time of work.

As intuitive people base many of their most important decisions on emotions, this means that the evolution of their projects too depends on their degree of emotional involvement at each stage of development .