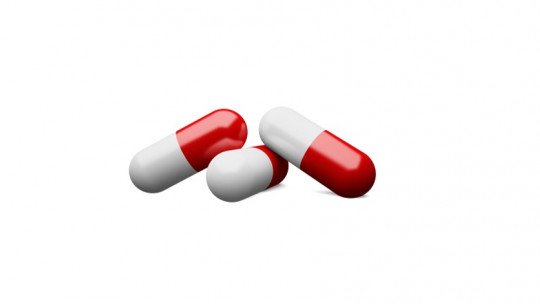 Depression is a mental health problem that has accompanied human beings throughout history. Already in ancient Greece melancholy was spoken of as an illness with characteristics similar to what we would consider depression today, with a sad and anhedonic state of mind. Being also one of the most prevalent disorders worldwide, the search for an effective treatment has generated over time a great interest and has become an increasingly pressing need.

Various methods are used to treat this condition, including psychopharmacology. One of the first drugs found and synthesized was iproniazid , which we will discuss throughout this article.

Iproniazid is a psychoactive drug classified as an antidepressant that also has great historical importance. It is one of the first antidepressants to be synthesized, along with substances such as imipramine.

Its discovery was actually accidental, due to serendipity , since its synthesis was aimed at finding a drug that would be effective against tuberculosis. In the trials with patients with tuberculosis it was observed that it presented a mood elevating effect, something that would eventually be analyzed and applied to the population with depressive disorders (specifically, its use would be approved in 1958).

This drug is part of the group of monoamine oxidase inhibitors or MAOIs, which affect the nervous system by blocking the metabolism of certain neurotransmitters. Iproniazid is in fact the first of the MAOIs on the market and was, along with other substances derived from it, one of the treatments of choice for patients with depression. Its action is non-specific and irreversible, and its effects continue for at least fifteen days.

At the level of effects, its application generates an increase in mood and activation, being effective in the treatment of depressive symptoms and decreasing the inactivity and passivity of those who use it.

However, the observation of the existence of strong side effects that put the health of those who consumed it at risk, including severe liver problems and the promotion of high blood pressure to dangerous levels , and the generation of new drugs that do not pose as much risk have meant that MAOIs, especially the first or classic ones, have been displaced and used only when other drugs fail. In the case of the iproniazid in question, it is no longer marketed as it is highly dangerous in terms of toxicity and can only be found in some countries.

Iproniazid is, as we have said, a non-selective irreversible monoamine oxidase inhibitor or MAOI. As an MAOI it exerts its effects at a cerebral level by inhibiting an enzyme, MAO, whose main function is to degrade the monoamines by oxidation in order to eliminate the excess of neurotransmitters generated by the monoaminergic neurons (which are those that generate dopamine, noradrenaline and serotonin) in the synaptic space as well as tyramine.

Thus, inhibiting monoamine oxidase would not produce such destruction of monoamines, and thus the levels of serotonin, noradrenaline and dopamine will increase in the brain. The action of iproniazid, therefore, would be fundamentally of an agonist type with respect to the monoamines, favouring their action. This will generate an improvement in the depressive symptomatology by increasing neurotransmitters that in major depression are diminished.

It should be noted that there are two types of monoamine oxidase: MAO A and MAO B. The first one is linked and is in charge of metabolizing and destroying the excess of noradrenaline, serotonin and tyramine, being the first two the substances most linked to depression. MAO B does the same with dopamine, influencing tyramine as well.

The fact that it is considered irreversible and non-selective implies that iproniazid acts on all types of MAO, so that is not only reduced but is completely destroyed from our brain until it synthesizes more (something that can take about fifteen days). But the truth is that the enzyme in question is useful to the brain, and the increase in neurotransmitters it generates (especially in the case of tyramine and noradrenaline) can have dangerous effects on health.

Iproniazid is a drug that is not currently marketed due to the high level of risk it poses in terms of liver toxicity and the existence of much safer drugs with fewer side effects.

However, the main indication of this drug was in cases of major depression , being effective in the treatment of symptoms at the level of mood (which contributed to increase) and anhedonia and feeling of fatigue. It has also occasionally been employed for the purpose for which it was originally intended: the treatment of tuberculosis.

Side effects, contraindications and risks

Iproniazid is a drug that is very useful in the treatment of depressive symptoms, but as we have mentioned it has been withdrawn from the market due to its high level of risk and the side effects it has. In this sense, some of the most well-known side effects of iproniazid, which it actually shares with some other MAOIs, are the following.

Firstly, and one of the main reasons for its withdrawal is the high level of toxicity that this drug may have for the liver . Another of the possible side effects with the greatest risk is the appearance of severe hypertensive crises due to its interaction with a large number of foods rich in protein, which may even contribute to the appearance of strokes or heart and vascular problems with a fatal potential.

It can also lead to kidney problems. Other less serious symptoms include insomnia, weight gain and difficulty or inability to reach orgasm, delayed ejaculation, or decreased libido.

All this means that there are certain types of population that are totally contraindicated to this medication. In this sense, all those people who suffer from some kind of pathology or liver damage, as well as those with cardiopathies or kidney problems, stand out. People who require a hyperprotein diet are also highly contraindicated . People with diabetes and coeliacs should not take this drug either. Iproniazid and other MAOIs have a high level of interaction with other drugs, and their use with other antidepressants and other drugs is also contraindicated.