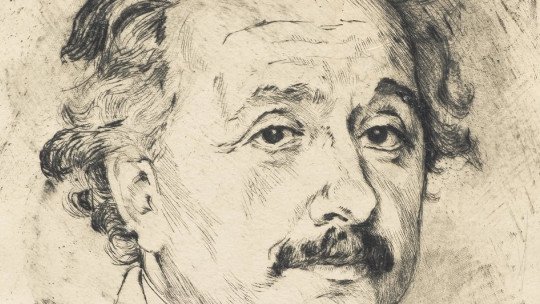 The concept of IQ, also known by its abbreviation (IQ), is used with great frequency as if it were equivalent to intelligence, or at least a definitive measure of this construct. However, IQ and intelligence are not synonymous and should not be understood as such, despite the close relationship between the two concepts.

In this article we will focus on answering one question: is IQ the same as intelligence? To do this we will show several definitions of these two terms and analyze the relationships and differences that exist between them.

The term “intelligere” comes from Latin and can be translated as the ability to understand or perceive. During the Middle Ages the words “intellectus” and “intelligentia” began to be used in a similar way to the Christian concept of the soul.

There are many different conceptions of the “intelligence” construct. Although each of them highlights different aspects, most agree that it is a relatively stable skill that varies according to the individual and that is associated with problem solving and other higher order cognitive functions , as well as with adaptation to the environment.

The dictionary of the Real Academia Española includes several relevant factors in its definition of intelligence: the ability to understand and know things (similar to the original Latin word), as well as to solve problems. In addition, one of the meanings describes intelligence as an ability derived from experience.

Albert Binet, creator of the first IQ test, equated intelligence with judgment or common sense. David Wechsler, author of the WAIS and WISC intelligence tests, stated that it is a global capacity which allows us to achieve goals, think rationally and face the environment . Charles Spearman, a pioneer in psychometry, also highlighted this unitary character.

In contrast, the author of the theory of multiple intelligences, Howard Gardner, defines intelligence as a set of differentiated skills that allow us to solve the problems that arise throughout our lives and to acquire new knowledge. We will discuss Gardner’s perspective and other critics of the concept of IQ later.

The intelligence quotient or IQ is the global score obtained in various instruments whose objective is to measure intelligence . Its origin is the concept of “mental age”, which comes from the first intelligence scale: the one developed by Binet and Simon to assess the special needs of children with learning difficulties.

The term “IQ” was coined by William Stern , a German psychologist who is an expert in inter-individual differences. This author developed the contributions of Binet and Simon: he proposed dividing mental age by chronological age to improve the ability to discriminate on intelligence tests between people of the same age. The result was IQ.

Later Lewis Terman revised the Binet-Simon test adding the concept of IQ proposed by Stern. He also perfected the way of calculating it; by multiplying by 100 the result of the division of the mental age by the chronological one, fractions were avoided. On the other hand, Terman popularized the abbreviation “IQ”.

Nowadays, and since the appearance of Wechsler’s intelligence tests in the 1950s, IQ is obtained by comparing the scores of a given subject on the test with those of other people of the same age. This is done using normal scores with a mean of 100 and a standard deviation of 15.

Following this distribution, two thirds of the population have an IQ that can be considered normal, i.e. between approximately 85 and 115. Scores between 75 and 90 denote, according to Wechsler, a borderline intelligence, while those between 115 and 130 are slightly high.

The relationship between IQ and intelligence

Today, IQ is often used in the assessment of different types of people, such as students or job applicants. In this sense it is mainly used on the basis of the predictive capacity of fluid intelligence in academic and professional performance .

The strongest correlation at the psychosocial level is between IQ and grades during basic education; its value is estimated to be about 0.50. The ability of the IQ to predict work performance varies with employment but tends to be lower than academic performance, probably because its effect is mediated by education.

On the other hand, a very common criticism of IQ tests is ethnocentrism : it is argued that they favour those who have grown up in certain environments (for example in Europe or Japan) to the detriment of intellectual skills that are more appreciated in others. Intelligence is a very broad concept, and it is difficult to avoid reductionism by operationalizing it.

Multiple authors, such as Sternberg and Gardner, have opposed the unitary conception of intelligence that is derived from the widespread use of IQ tests. From these perspectives, an extension of the concept of “intelligence” is defended that includes abilities related to interpersonal relations, motor skills, creativity or self-knowledge.

Lev Vygotsky, a key theorist in educational psychology, emphasized the dynamic nature of intellectual skills, leading to a series of interventions that assess progress on IQ-like measures repeatedly as corresponding skills are trained. This contrasts with the idea of intelligence as a stable factor.

The IQ should be understood as a fragmentary measure of intelligence that focuses on some domains, such as language or spatial reasoning, while leaving aside others that are also relevant to everyday life. It is also important to bear in mind that intelligence can be more modifiable than we think.