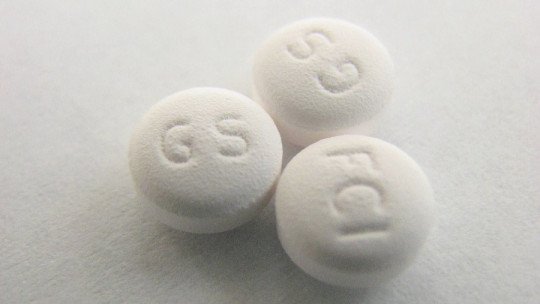 Nowadays we can find a wide variety of therapies and treatments that help us to control or fight symptoms of a great number of psychic disorders and alterations, among which we can find depression.

Taking medication is often necessary to control or help control the symptoms of this and other disorders. However, it is common for there to be some discomfort or resistance to taking psychotropic drugs. The reasons are diverse, ranging from a negative conception of what medication involves to the existence of undesirable side effects. In this sense, some of the most common are alterations in sleep, appetite, energy level or even body weight.

This last aspect may seem irrelevant, but nevertheless it is often a cause for complaint, doubt or resistance. Whether or not this possible side effect can occur with respect to any particular drug is something that is consulted with some frequency, as for example with antidepressants such as paroxetine. And in this sense we should ask ourselves Does paroxetine make you fat or does it make you gain weight? Let’s see it throughout this article.

Paroxetine is one of the most known and used antidepressants , being a substance with psychoactive properties that allows to help fighting symptoms such as the presence of anxiety, anguish, sadness, abulia and apathy.

This is a specific serotonin reuptake inhibitor or SSRI , which acts by blocking the reuptake by pre-synaptic neurons of the serotonin emitted, so that it can remain in the synaptic space and be used by post-synaptic neurons to a greater extent. In other words, paroxetine promotes an increase in serotonin levels in the brain.

This drug, usually sold in the form of tablets, pills or liquid suspensions for oral administration, is primarily used in the treatment of major depression. It is also often used to treat the anxiety associated with disorders such as obsessive-compulsive disorder or social phobia, generalized anxiety disorder, panic disorder, agoraphobia, or post-traumatic stress disorder.

Despite the fact that paroxetine is one of the most widely used antidepressants and that it is very useful in the treatment of the symptoms of the aforementioned disorders, the truth is that paroxetine can also generate some unwanted side effects in some people , and should even be taken with caution or avoided by others (such as those with kidney or liver failure, or with diabetes).

And among the most common (though rare) side effects is the one that gives this article its name: paroxetine can cause weight gain or gain. However, it is not the only one, but it is a possible side effect common to many other drugs.

It should be noted that this weight gain occurs gradually , usually over the long term. Interestingly, however, paroxetine can also lead to weight loss or loss in other patients (which is why it is not indicated in patients with eating disorders).

The concrete causes of this gain can be multiple . It has been speculated that the slight sedation caused by the consumption of the drug may lead to less physical activity, and that paroxetine may lead to the appearance of an increased appetite in these people. Thus, it is possible that the combination of these two factors may lead to an increase in weight. In addition, the components of the drug may contribute to altering lipid metabolism, which also has an effect on body weight and volume.

If I gain weight… what should I do?

Although it generates a series of discomforts and annoyances, the truth is that paroxetine is a highly valued therapeutic option whose properties can be very beneficial for the treatment of these ailments. As long as no other severe symptoms arise that require medical consultation, it would be advisable to continue with the treatment and never stop it suddenly (as this can lead to dangerous withdrawal symptoms).

It would be useful first to establish some kind of record in which possible changes in weight can be noted. It is also recommended to work on eating behaviour patterns, maintaining a balanced diet. Physical activity can also help reduce or eliminate weight gain.

Even so, in the event that this weight gain or its addition with other factors generates more costs than benefits, the psychiatrist can be contacted in order to assess whether there may be other alternative drugs or other amounts that could help avoid these undesirable effects.