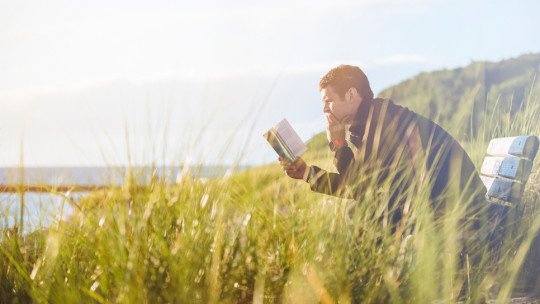 Psychology has always been at the center of a hurricane of debate and discussion . The different theories and hypotheses that have emerged from it directly challenge us as human beings, and that is why, in many of the topics it deals with, it is difficult not to convert certain personal beliefs and feelings into an intellectual stance.

For example, when Sigmund Freud proposed his first theories on psychoanalysis, such was the controversy that formed because of his pessimistic and brutal vision of the human being that he went so far as to say: “Progress exists, since in the Middle Ages they would have burned me and now it is enough for them to burn my books.

This constant rubbing and clash of views on how we behave, act and feel, added to the fact that there is not and never has been a unified theory of psychology, makes some wonder… is psychology really useful? Do we psychologists bring added value, or do we just argue among ourselves about theories that are not down to earth?

Why psychology is useful

Psychology is not only useful, but in fact it is so useful that its domains are expanding more and more. If at first it started out as basically a discipline of mental health and the study of perception, today the implications of research in this scientific field affect disciplines as disparate as economics, marketing, education, design, sociology and neuroscience.

Psychologists have the virtue of being at a crossroads between biology and social sciences applied to all facets of our lives, and that is why they address all kinds of aspects of human behavior and mental processes (emotional and cognitive). And they do so both by bringing these sciences and disciplines into contact with each other and by contributing their own psychological theories.

Changing the perception of the human being

An example of how effective psychology is is research in the cognitive sciences, thanks to which we know more about how we make decisions and make plans. This field of research, which is closely related to behavioral economics, tells us about the extent to which we allow ourselves to take mental shortcuts when making choices and how we mask our perception of this fact by justifying our actions with false rational arguments about why we have acted in this way.

Similarly, psychological phenomena as curious as the Dunning-Kruger Effect reveal that we survive despite having a very unrealistic view of what we know: the most ignorant people in a subject overestimate their abilities, while the wisest people in a certain field of knowledge underestimate their capabilities.

Another valuable piece of knowledge that we have thanks to psychology is, for example, how we modify our perceptions to best fit our beliefs. This process, described by the theory of cognitive dissonance, reveals that we are not those objective observers and experiencers of reality that we take for granted – and knowing this helps us not to let our guard down at times when someone may offer us a comforting lie that eclipses an uncomfortable but empowering truth.

Small pieces of knowledge of this kind, which have to do specifically with psychology and not so much with the neurosciences, not only break the common sense of what we are supposed to be, but also help us understand how we can play our cards to live life as we would like to.

What about clinical psychology?

Another “front” from which psychology receives some criticism is the field of mental health.

On the one hand, the psychotherapeutic approaches that arise from this branch of psychology are sometimes accused of ineffectiveness, and this is often due to the ignorance of assuming that non-scientific proposals such as family constellations or Freudian psychoanalysis have a guarantee of effectiveness “bought and publicized” by psychologists.

This is not the case: empirically supported forms of psychotherapy and treatment tools are not all those offered under the umbrella of the word “psychology” and are in fact rejected by the colleges of psychologists.

The truth is that psychology does have tools that have proven their effectiveness , such as Cognitive Behavioral Therapy, biofeedback or Mindfulness, each of them for certain types of mental problems and disorders.

Nor are there any grounds for accusations that psychology reduces people to stigmatizing labels: denouncing this kind of use of diagnostic categories is perfectly compatible with psychology. A diagnosis is not a word that pretends to absorb the whole identity of a human being, it is simply a tool with which one works. Mental disorders are not adjectives and clinical psychology does not pretend that they are.

Psychology is not a religion

Thus, valuable criticisms of psychology in general , which are perfectly legitimate, will be useful as long as they do not come from a fallacy of the straw man and of knowledge.

As in any science, all beliefs and theories from which one starts in this discipline are questionable… but this does not imply accusing psychology in its entirety of ineffectiveness, because psychology is neither monolithic nor contains fundamental dogmas . It is not a religion that depends on a single presupposition that must be believed in its entirety. It is just a colossal and coordinated effort to build tools and theories that are useful.