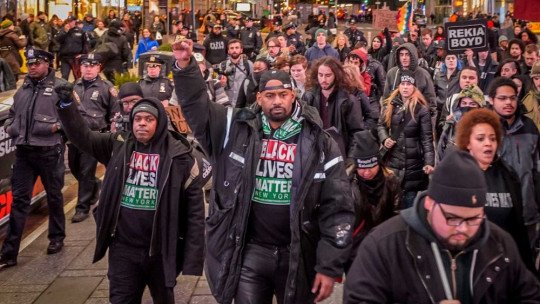 It is clear that we are experiencing moments of social and political change that are associated with the progressive left. This is the left that advocates social rights, intellectual freedom and thought, an ideology that, in short, has positioned itself from its origins against the different forms of repression against cultural and thought particularities, as well as in favor of citizen participation in social and political debate.

All these principles and moral positions, however, need implementation, a way to be applied in practice. And here is where the controversy and confrontation appears about not only the methods to assume the objectives but also about the goal to be achieved. For all this, at the University of Minnesota a study was promoted to determine the practices and techniques that the left uses to convince the population and defeat its political adversaries. The underlying idea was to find out if the left is as dogmatic and opposed to questioning certain ideas as the right , traditionally associated with conservatism. The final results are surprising, to say the least.

Lucian Gideon Conway, associate professor of psychology at the University of Montana, warns that political ideology is one of the most entrenched and influential variables in our way of thinking, even if we don’t realize it, “to the point of being dogmatic,” he says.

Some years ago, after the end of the Second World War (1945) and the beginning of the Cold War (1945-1991), the concept of the war of ideas was coined, predicting that the next battles to be fought would not be so material as ideological. Since then, propaganda has been the most useful tool to fight the ideas of the opposite. Expenditure on newspapers, televisions and programs related to political dogmatism, are counted in millions of dollars. H

t was a little less than a year ago that the 1917 Russian Revolution was celebrated by Leninist communism. Some applaud it, others lament it and accuse the radical left of historical authoritarianism, largely because of the way public opinion has become polarised on the subject. As an indication of the influence that the propaganda battle has had, it should be noted that while at the end of World War II the Soviet Union had been primarily responsible for Hitler’s defeat, in recent decades it is believed rather that it was the Americans who defeated the Nazis.

Conway became curious and, together with his psychologist colleagues, decided to look into the way the left has to transmit its arguments. For her, many of those who were against dogmatism, already practiced it verbally .

Is it the authoritarian left?

Unconsciously, authoritarianism is often associated with the extreme right and with fascism. There are reasons for this, given that from these positions, ways of discriminating against people are legitimised not on the basis of their actions, but on the basis of their belonging to “fixed” categories such as race or place of birth. Conway, however, believed that dogmatism is also widespread among the left. As a starting point, the team of psychologists took the model of the “Scale of the Authoritarian Right” by the American Bob Altemeyer .

This method is just a survey to be able to measure the authoritarianism of a person who answers the questions. Some questions respond to the power that should be given to the State, the trust in the authorities and in their laws. Phrases such as “it is always better to trust the authorities with regard to climate change and other science-related problems”, which must be answered on different scales of agreement: absolutely agree, very agree, partially agree, slightly agree, neutral, partially disagree, very disagree and absolutely disagree.

This technique brings us closer to a very precise analysis given the range of possibilities to respond, especially to determine the level of ideological dogmatism. For this purpose 600 students of progressive ideology were selected, and another 600 of liberal right-wing ideology . Both groups responded to their respective surveys of their political spectrum of left/right.

Surprisingly, by crossing the answers of both groups, they agreed on three variables. According to the data obtained, left-thinking individuals are as authoritarian, dogmatic and extremist as their right-wing colleagues. The participants questioned were on the same political spectrum when asked about state power.

Conclusions and limitations of the study

As Conway says, this study has some limitations. The number of participants is too small to draw any definitive conclusions. For the team of psychologists, there is good reason to believe that the right wing tends to be more dogmatic than the left, and they say that the studies still need to be developed a little further to be able to compare the behaviours of the two ideologies.

On the other hand, the research presents a bias: trust in the State and the laws does not have to be a feature of dogmatism if these actually serve to make all social groups live well, or in times when the threat of ultra-conservative influence is perceived because of the latter’s tendency to systematically discriminate against certain minorities.