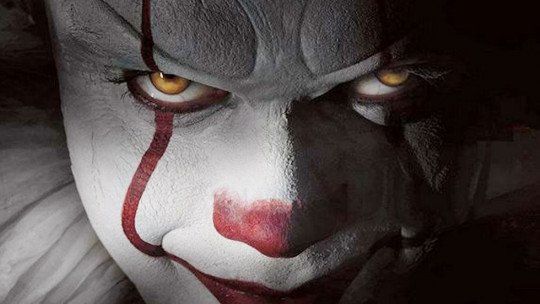 The writer Stephen King is known for exploiting his great creative talent in the most twisted ways. His aim is to create worlds in which terror creeps into the lives of the protagonists of his fictions.

The latest adaptation of one of his works has recently reached the cinemas. “It” is a story about childhood , friendship and the way in which adult life violently breaks into the comfort zone by exploiting our weaknesses. And it does so by using one of the most interesting psychological resources to create a disturbing atmosphere: fear of clowns, which can become a real phobia.

What’s the movie about?

It’s a relatively simple story. A boy disappears during a rainy night while chasing a paper boat dragged by the water in the street, and his brother intends to find him by exploring the sewers of the small town where he and his family live. He will be accompanied by his friends, all of whom are socially excluded by the rest of the students (that is why they are called the Losers’ gang), by a young man who is out of school and by an adolescent girl who is stigmatized because of her sexuality.

Little by little, this group will discover that the trail of the missing child leads to an entity that takes the form of a clown with grotesque features and hides in the city’s sewage system.

Fears, bullying and a comfort zone

While Stephen King’s book of the same name has a very complex and nuanced story, this adaptation to the big screen sacrifices part of the original story (or rather, its first half) in a very dignified way. What does not change is the way in which the clown’s aesthetic serves to express without words what the nature of terror is in It.

Pennywise (Bill Skarsgård), the murderous creature referred to in the film’s title, takes the form of a clown most of the time in order to get close to children. However, in reality is a creature more linked to the demonic than to the world of the circus : it has the capacity to transform itself into people’s most intimate fears to make them lose control until they are defenceless. At that moment, it feeds on their fear and their flesh.

However, what makes this adaptation of It special is the way in which it reflects everyday life. In the film, the lives of the protagonists, just on the verge of puberty, are captured in their most insignificant details: from their problems in making friends, their ways of having fun and even, and this is important, the way they relate to their families.

In both the book and the film, Stephen King’s story consists of introducing the element of terror in a context defined by the familiar . A world in which, even if there is violence (as in the case of bullying, for example), it takes place within clear limits and which everyone knows. Close to adults and with the police watching. But Pennywise breaks this dynamic, because it breaks the comfort zone of the protagonists, while revealing the darker side of that space that seemed safe.

Friendship as medicine in the face of fear

Something that draws a lot of attention to It is the rawness with which it shows the world of adults. In this film, the tendency towards child abuse is very present and clearly overrepresented and there is not a single adult who is characterized by correct morality.

In fact, what most of them have in common is that they try to isolate their children, to keep them confined to the domestic and family environment. The degree of overprotection sometimes reaches pathological extremes, and expresses a very clear idea: the fear of entering the adult world, of going beyond what would be dictated by the custom that has been followed for years.

Pennywise and her ace in the hole

Pennywise, which uses its powers to take advantage of the fears of each of the young people, takes advantage of the deep vulnerability in which these family contexts leave the protagonists. All she has to do is create visions that recreate the deepest fears of each of them. However, he does not take into account that in a context where families are dysfunctional, these young people can build a second family. They have each other.

That’s why Pennywise tries to attack through fear. Phobias have the characteristic of making us lose sight of the rational (literally, they are fears based on situations where it is unreasonable to fear something). Appealing to the most basic emotions is something that can divide us, and tries to do the same with the Loser group, to capture the members one by one.

What clown phobia tells us

Pennywise’s aesthetic already tells us a lot about the film . He is dressed as a timeless clown, with clothes from various historical periods, to emphasize that it is something that has been frightening the population since the beginning of the creation of the city. He is not a monster that represents a concrete type of fear, but rather he represents fear in the abstract: he will take whatever form is pertinent to frighten humans.

On the other hand, Pennywise has a mixture of childish and demonic characteristics. What better way to express the break with childhood and the entry into the stage of risk and uncertainty of adulthood than a clown with childish cheekbones and mischievous smile and, at the same time, cracked skin and swollen head , striving to give the appearance of being what one really is not.

For evolutionary psychologists, fear makes sense as a protective mechanism, to avoid danger without having to stop and question whether we should run or not. Our nervous system automatically decides that the correct answer is “run”. But sometimes this same terror causes us to develop fears unnecessarily, as if it were a phobia of clowns, of that which appears in a safe context. Fear can make us lose sight of the fact that all adversity can be faced in company , whether it is our real family or not.

Terror is dealt with in groups

Adulthood may be scary, but in the end we always have the opportunity to not face those fears alone, with no one to cover our backs. If life gives us reason to worry , it will be because we have the freedom to look beyond our individual limitations, to turn to our friends, the chosen family.

Clown phobia is an example of how what is designed to make us have fun and feel good in a safe and familiar context can often be experienced in a more toxic way than the real dangers of life as mature beings.