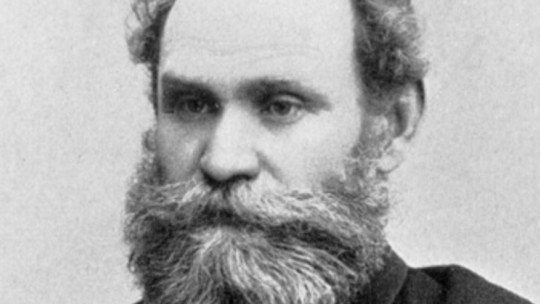 The Russian physiologist Ivan Petrovich Pavlov (1849-1936) is known above all for being the initiator of the classical conditioning paradigm, also called “Pavlovian”. Nevertheless, Pavlov and his followers made other significant contributions to psychology, such as their personality typology based on the study of the nervous system.

In this article we will describe the 4 personality types that exist according to Pavlov’s theory , as well as the main concepts of this model, the most important of which are related to the basic nervous processes (excitation and inhibition) and their properties, which determine the behavioural differences between human beings.

Pavlov developed his theory of personality through the experiments he conducted in his laboratory. Specifically, this author investigated the learning of reflex responses by conditioning using dogs as experimental subjects; in relation to these animals, Pavlov’s studies on salivation are particularly well known.

Unlike other models of personality in force at the time, among which the psychoanalytic theory of Sigmund Freud stands out, Pavlov’s model does not focus only on the description of psychological differences between individuals, but seeks to explain them through the study of the activity of the nervous system, which gives rise to temperament , the basis of personality.

This is why Pavlov’s proposal on personality is framed in biological theories, which use biologically related constructs to explain individual differences. Kretschmer and Sheldon’s somatic typologies, Gall’s phrenology or more current models such as those of Eysenck, Gray or Zuckerman are all part of the same category.

Nervous processes and their properties

Pavlov’s personality typology is derived from his hypotheses about the basic properties of the nervous system. In this sense it is important to consider two physiological processes, excitation and inhibition , as well as their three main properties: strength, balance and mobility.

Excitatory and inhibitory nerve processes occur independently, although they interact, giving rise to different states of cortical activity depending on the degree of predominance of each. The definition of these concepts is similar to the one we currently use when talking about the sympathetic and parasympathetic nervous systems.

Pavlov stated that inter-individual differences in behaviour are explained by the properties of the excitatory and inhibitory processes of each person (or animal). He spoke of “strength” to refer to the general working capacity of the neurons, of the “balance” between excitation and inhibition and of the “mobility” or speed of these processes.

Strength, balance and mobility would be the most relevant properties, but Pavlov also described the irradiation, or diffusion of the process to other areas of the nervous system, and the concentration of the nervous system in a given region. Later his disciple Vladimir Nebylitsyn added a fourth property: the dynamism or speed of reflex formation.

The 4 types of nervous system

According to Pavlov the characteristics of the fundamental nervous processes in a particular person determine the type of activity of his nervous system, and therefore his temperament. These biological features would constitute the basis of personality ; by interacting with environmental factors they would produce differences in behaviour between individuals.

The criteria Pavlov used to make his classification were quite arbitrary. First, he divided the dogs into two groups based on whether their nervous system was strong or weak. Then he separated the strong according to whether they were balanced or unbalanced; finally, he created the categories “strong-balanced-slow” and “strong-balanced-impulsive.

This type of temperament is characterized by the lack of balance between the processes of excitation and inhibition ; there is therefore a tendency for physiological states to appear in which one of the two predominates very strongly.

We can relate the strong and unbalanced (or impetuous) personality to the choleric temperament of the type of humors of Galen, a Greek physician who lived in the second century AD and on whom Pavlov was inspired. In Eysenck’s PEN model it would be comparable to high levels of extraversion and low levels of emotional stability.

In this case the neurons have a good capacity for work and the balance between excitation and inhibition is adequate, but the speed of initiation and termination of these processes is low. The strong-balanced-slow type corresponds to the introversion and emotional stability in Eysenck’s model , and to Galen’s phlegmatic type.

Unlike the previous type, in the strong-balanced-impulsive type the speed of the excitation and inhibition processes is high. Following Galen’s classification we would talk about blood temperament , and in Eysenck’s classification these people would have a high degree of extraversion and emotional stability.

The fourth type is equivalent to Galen’s phlegmatic temperament and would present introversion and emotional instability in Eysenck’s model. Pavlov defines it simply as a low working capacity of the cells of the nervous system .