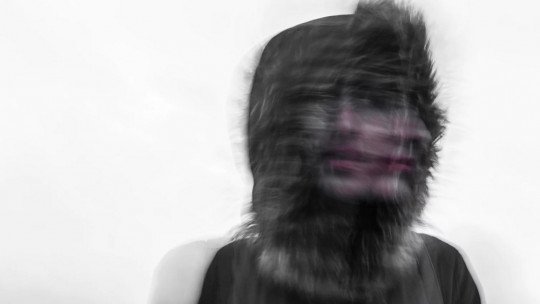 The brain is by far the most complex and mysterious organ in the human body. It is in charge of carrying out all the essential tasks for the development, perception and understanding of everything that surrounds a person.

However, sometimes this organ seems to work on its own, unrelated to the rest of the body, and creating a series of sensations and phenomena capable of distracting anyone. One of these phenomena is the little known jamais vu .

What is a Jamais Vu?

The term jamais vu comes from the French language and literally means “never seen”. In psychology, the phenomenon of jamais vu refers to when a person experiences a feeling that is not able to recognize a place, a person, a situation or even a word , despite being told otherwise by others or being rationally familiar with it.

This phenomenon is usually described as the opposite of déjà vu. However, in jamais vu, the person has the impression that they are observing or hearing something for the first time.

However, the most common way in which a jamais vu phenomenon can be experienced is when someone is unable to recognize another person even though they are aware that their face is familiar.

It is also possible to fail to recognize a commonly used word. One way for the reader to check this is by writing or mentioning any word aloud repeatedly; after a few moments the reader will have the feeling that it has lost its meaning, even though he or she knows that it is a real word.

This phenomenon, although difficult to study because of its infrequency and spontaneity, has been associated many times with certain types of aphasia , amnesia and epilepsy.

Some other experiences in relation to jamais vu, are dejà vu, presque vu or the sensation of having a word on the tip of your tongue, phenomena that are explained later in this article.

In 2006, a psychologist of British origin named Chris Moulin presented an experimental process at a congress on memory. In this experiment Dr. Moulin asked 92 people to write the word “door” more than 30 times in one minute of time.

Then, when he asked the participants about their experience, at least two thirds of them, that is around 60 people, said that the word “door” did not belong to the reality of a door, or even that it was a made-up word.

Moulin’s justification for these manifestations was that when a person looks at or perceives something in a sustained way, and for a long enough time, the mind experiences a kind of fatigue that makes the stimulus lose all its meaning.

The feeling of unrealization is an adulteration of the perception of that which surrounds us, so that the person perceives it as something unknown or unreal. Derealization is a dissociative symptom of several psychiatric illnesses , as well as being the product of stress, the consumption of psychoactive substances and lack of sleep.

People who have experienced this strange perception of the environment describe it as a type of cloud or sensory fog that distances them from the situation they are perceiving.

The sensation of jamais vu enters into these experiences of unrealization, in which both people and moments and spaces are appreciated as different or changed but it is not possible to specify in what way or why.

These alterations in perception can also occur in any of the other senses such as hearing, taste or smell.

From the field of neurology, an attempt is being made to explain this phenomenon as an alteration in the coordination of the different brain areas responsible for memory and the management of information coming from the outside. This alteration would cause a kind of lag between the neuronal networks, which would temporarily deform the understanding of the external environment.

Although the sensation of jamais vu can occur in isolation and without any associated pathology , it is very common to record this phenomenon in people with neurological conditions such as epilepsy, chronic headaches or head injuries.

Like many other similar disorders, jamais vu can be traced to vestibular conditions, such as labyrinthitis or vestibular neuronitis, which interfere with the way the brain processes information.

Certain cannabinoid, hallucinogenic or even nicotine itself present in tobacco can cause jamais vu effects. As well as lack of sleep, borderline personality disorders, anxiety disorders or any mental condition that includes depersonalization.

Another much better known phenomenon, and one that is in tune with jamais vu, is the feeling of déjà vu. The effect of déjà vu also comes from the French language and represents the “already seen”. In this case, and contrary to jamais vu, the person refers to having already experienced what he or she is living through, or refers to knowing a person whom he or she has actually seen for the first time.

Sometimes the feeling of dejà vu is so intense that the person feels strongly that he or she is able to predict what is going to happen next.

Synthesizing the two primary differences between jamais vu and dejà vu are:

There are other phenomena associated with alterations in the perception of the environment or with memory failures.

Although its literal translation is “almost seen”, this phenomenon refers to the feeling of “having something on the tip of your tongue”.

In this alteration the person feels that he wants to remember something, that he is about to do it but the memory never comes. The most common form is a kind of anomie in which the person knows the word, can remember that he has used it before, but is not able to name it.

This phenomenon alludes to the “already felt”. In other words, the person experiences a sensation that is familiar to him/her but that he/she cannot connect with any concrete memory .