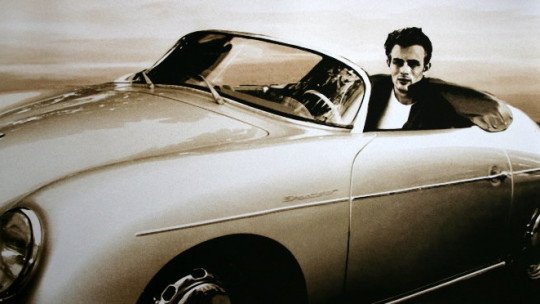 James Dean (1931 – 1955) was an all-rounder. Born in Indiana, his dazzling career had prominent appearances in film, television and theater, although popular culture especially remembers Dean for his roles as “bad boy”, a perpetual teenager with no future and a bad life.

Especially famous for his role in Rebel Without a Cause (1955), James Dean died that same year due to an unfortunate car accident. As a result, the legend of James Dean grew to become a true pop culture idol. 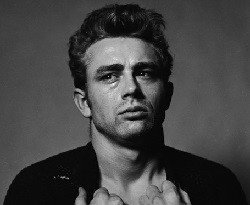 1. My purpose in life does not include a desire to please society.

Although he is often associated with certain narcissistic traits, James Dean had no intention of being a popular person.

2. Only the gentle one is always really strong.

3. Death cannot be considered, because if you are afraid to die, there is no room in your life to make discoveries.

Risk invites death, but therein lies the magic of life.

5. I’m not going through life with one arm tied behind my back.

About his desire to live on the edge.

6. There is no way to be truly great in this world.

Humility guided James Dean through his short but passionate life.

7. Reward comes with doing, not with results.

The flow state rewards us, the salary only rewards us.

8. I don’t even pretend to be ‘the best’. I want to fly so high that no one can reach me. Not to prove anything, I just want to get to where it should be when you give your whole life and everything you are to one thing.

Totally devoted to his acting career. A lover of cinema.

9. The best thing about being single is that you can get into bed on any side you want.

A funny phrase in which he explains the benefits of emotional freedom.

10. I can’t change the wind direction, but I can adjust my sails to always reach my destination.

Overcoming adversity is basic to a happy life.

11. I believe there is only one form of greatness for man. It’s when a man can bridge the gap between life and death. I mean, if he can live after he’s dead, then maybe he was a great man. For me the only success, the only greatness, is immortality.

Obviously, his figure and his legacy make this famous quote from Dean a real premonition.

12. People told me I was acting like Brando even before I knew who Brando was. I don’t mind the comparison, but I’m not flattered by it either.

On the eternal comparisons with another famous actor: Marlon Brando.

13. I liked to go out and scare cows with my bike. They would run around, with their udders shaking and losing a liter of milk.

An anecdote that portrays his jovial and carefree spirit.

14. No one has ever done anything for me. I don’t owe anything to anyone.

A great phrase to know how to interpret naturally, without forcing or exaggerating.

16. Whatever it is inside me that makes me who I am, it’s like a movie. Movies only work in the dark, if you open them up and let the light in, you kill them.

17. An actor has to learn everything there is to know, experience or get as close to that state as possible.

On performing art, in one of those absolutely unforgettable phrases by James Dean.

18. It was a friendly, uncomplicated thing. I respect her, she is untouchable: we belong to totally different castes. She’s one of those girls you put on an altar to worship. But, well, her old lady (her mother) doesn’t like me at all. Not that I blame her.

About his relationship with an actress named Pier Angeli.

About his self-destructive spirit.

20. You have to live fast, death comes soon.

21. When you know that a character can give something else and you don’t really know what it is, you have to look for it; walk the tightrope.

His ability to take his characters to extremes made him famous.

22. The only greatness for man is immortality.

And this one is never reached. We are small; insignificant.

23. Being a doctor is not easy. Being a man is even more difficult.

The difficulty of being a normal man.

24. For me, acting is the most logical way for people’s neuroses to manifest themselves.

Cinema has the ability to awaken our darker side.

25. Being an actor is the loneliest thing in the world. You’re really alone with your concentration and imagination and that’s all you have.

The solitude of the interpreter.

26. I too am close to nature and am now able to appreciate the beauty with which this world is endowed.

His reverence for nature clashed with his image as a tough guy from the big cities of the United States.

27. The way I see it, an actor’s course is set even before he’s out of the cradle.

The actor’s destiny is written in his genes, according to this beautiful line by James Dean