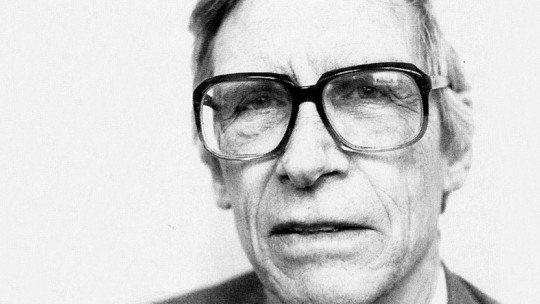 Undoubtedly, if there has been a dominant figure in political philosophy during the second half of the 20th century, it is the figure of John Bordley Rawls (1921 – 2002).

The Theory of Justice of John Rawls , which is also a form of social contract, has been the main form of philosophical foundation of liberalism in its social aspect, as well as a reference point of obligatory confrontation for other political currents.

The theory of Rawls on justice, which has in its nucleus the mental experiment of the “original position”, exposed in his great work “A Theory of Justice” (1971), is also a proposal on human subjectivity and the last motives that govern moral behaviour.

The influence of Kant’s moral imperative

John Rawls’ thought experiment can be traced back to philosophers like Hume or Kant. In fact, there is a clear relationship between the original position and the Kantian moral imperative, since the latter is based on the foundation of moral principles through a reflection based on the rational capacity of the subject, and not on his belonging to a certain group cultural or historical.

The difference would be that, while Kant assumes that it is possible to reach these principles individually, Rawls poses the original position as a deliberation exercise between people who will occupy different places in society, although at the time of the original position they do not know what those places will be.

Thus, it is not only an abstract deduction of universal moral principles made individually by each person, but it is also a form of social contract that lays the foundations of justice and the basic structure of society.

Another difference with Kant would be that, although the first conceived his categorical imperative as a principle to which any rational being can arrive, Rawls rectified his theory later to affirm that his original position is only feasible in historical societies that recognize as their basic principles freedom and equality.

The Veil of Ignorance

In fact, for Rawls, the natural lottery is neither fair nor unfair, but what it does have to do with justice is how a society deals with the natural differences between people. Finally, these people know that they will have a certain conception of good (of what a life lived in a meaningful way should be) that will guide their lives, and that as rational beings they will be able to reconsider and change over time.

Contrary to other theories of justice, John Rawls does not presuppose any historically inherited conception of the good that functions as the foundation of justice. If that were the case, the subjects would not be free. For Rawls, the principles of justice are generated in the original position and are not previous to it. It is the principles arising from the original position that would mark the limits of the future conceptions of good chosen by each person in his concrete life.

Thus, the participants in the original position are conceived as representatives of specific persons who are, however, obliged to deliberate under the veil of ignorance .

The participants of the original position experiment

But these guys aren’t totally ignorant. They do not know any detail of their lives as concrete subjects, but they are supposed to have scientific knowledge about human nature (knowledge of biology, psychology, as well as a presupposition of the validity of the neo-classical economic theory) that allows them to know how they will behave in their lives, so that they can negotiate with others in equal conditions the best principles on which to base justice.

Furthermore, these people are presupposed to have a sense of justice, which means that they want to meet standards that are recognized as fair after the negotiation process.

Finally, Rawls presupposes that the subjects of the original position are mutually disinterested, which does not necessarily mean that they are selfish beings, but that in the context of the original position their interest is only to negotiate with the limitation of the veil of ignorance in favor of a concrete future person that they represent. Their motivation is this and not profit.

The principles of justice

From here, Rawls extracts a series of primary social goods necessary for the development of the “moral powers”, the previously mentioned sense of justice, as well as the capacity to review and pursue a certain conception of the good.

Such primary social goods are rights and freedoms , opportunities, income and wealth or the social basis for self-respect (such as an education that prepares us for life in society as well as a minimum income).

Rawls applies the theory of rational choice to the conditions of uncertainty of the original position to extract the principles of justice. The first principle that he extracts from the original position is that according to which each person must have the greatest basic freedoms possible that allow that the rest of members of society also have such freedoms. Such freedoms are freedom of expression, association or thought. This principle is the basis of the idea of freedom.

The second principle underpins equality . According to Rawls, the abstract rational subjects that deliberate in the original position would come to argue that economic and social inequalities are permissible to the extent that they work in favour of the greatest possible benefit for the most disadvantaged in society and depend on positions open to all under conditions of equal opportunity. What is the best way to organize society?

Since the participants in the original position do not know what place they will occupy in society, that is to say, they do not know what social or natural advantages they will have to compete for the different positions and posts in society, they would come to the conclusion that the most rational and safe thing is to maximize the minimums, the so-called “maximin” .

According to the maximin, the limited resources of a society must be distributed in such a way that the less advantaged can live in an acceptable way.

Moreover, it is not simply a matter of distributing a limited set of resources in a fair way, but rather that such distribution allows society as a whole to be productive and based on cooperation. Thus, inequalities can only make sense once these minimum needs have been met for all, and only insofar as they work in favour of society, especially the most disadvantaged.

In this way, the participants in the original position ensure that, whatever their place in society, they will live in dignity and be able to compete for access to the various possible positions.When participants in the original position have to choose between different theories of justice, they will choose justice as equity proposed by Rawls against other theories such as utilitarianism.

Furthermore, according to Rawls, his conception of justice as equity can be translated into political positions such as liberal socialism or liberal democracy , where private property exists. Neither communism nor free market capitalism would allow the articulation of a society based on justice understood as equity.

The Legacy of John Rawls

Of course, a theory such as Rawls’, which is central to reflections on politics and justice, has attracted much criticism. For example, libertarian thinkers such as Robert Nozick (1938 – 2002) are against redistribution by the government, since that is in contradiction with the basic right to enjoy the fruits of one’s own work.

He has also received criticism from communitarian thinkers for his conception of subjectivity. As it can be deduced from his theory, for Rawls human beings, in everything that responds to articulate the bases of society, can be reduced to rational (or, as he would say, reasonable) beings.

The company would be constituted with an agreement between equals prior to the different conceptions of the property. However, since communitarianism it is argued that there is no possible subject that is not preceded by a conception of good.

According to this conception, we cannot make decisions that base the principles of justice on the margin of the common values that have shaped us as subjects. These thinkers have a conception of the subject as constituted in relation to its cultural and social environment, so that subjectivity cannot be reduced to an abstract and individual entity.

John Rawls is undoubtedly the political philosopher who had the greatest impact in the second half of the 20th century. His theories have not only helped to base certain political positions, but they have also served as a horizon from which to think about justice and politics , even if it is from opposite political positions.