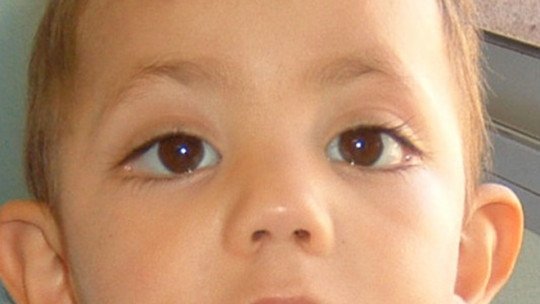 There are a lot of rare and little known diseases in the world that do not receive enough attention. These disorders mean great suffering for the people who suffer from them and their families, who cannot understand what is happening, how and why with their loved one.

The lack of research and the few known cases makes it difficult to determine both the causes and ways to cure them or to mitigate or delay their progress.

One of these little known diseases is Kabuki syndrome , which is the subject of this article.

What is Kabuki syndrome?

Kabuki syndrome is a strange and unusual disease in which the sufferer manifests a series of distinctive physiological characteristics along with an intellectual disability and physiological alterations that can be very serious.

Kabuki syndrome is considered a rare disease, with relatively low prevalence and little explored and known characteristics and causes. In fact, there are not yet clear diagnostic methods to detect this disease, beyond the observation of typical characteristics and development of the child.

Despite its severity, the life expectancy of babies born with this disease may not be less than usual, although this depends largely on the complications that may arise especially with regard to cardiac and visceral disorders.

On a physiological level, people with this disease usually present characteristic facial features , such as the presence of eversion of the lateral third of the lower eyelid (excessive folds in the skin of the eyelids that allow the inside of the eyelid to be seen from the outside), lateral opening of the eyelids elongated in a way that resembles the ocular physiognomy of oriental people, wide nasal bridge and with the tip inwards, big and handle-shaped ears and thick and arched eyebrows. The teeth are also usually altered.

In addition to this , they usually present growth retardation and are short , presenting skeletal alterations such as the presence of fingerprint anomalies (especially dermatoglyphic alterations and persistence of foetal padding), hyperlaxity and hypermobility or alterations of the spine. Hypotonia or muscle weakness is also very common, sometimes requiring a wheelchair to get around.

Subjects with Kabuki syndrome also present a mild to moderate degree of intellectual disability, in some cases along with neurological problems such as atrophy or microcephaly.

It is frequent that they also present visual and auditory problems , as well as sometimes convulsions. It is also common for them to have a cleft palate and swallowing difficulties, or very narrow airways that make breathing difficult.

One of the most serious and dangerous symptoms of this disease is that it causes alterations in the viscera , being very common that most patients present serious coronary problems such as coarctation of the aorta and other heart diseases. Other parts of the body affected are usually the urogenital and gastrointestinal systems.

A not too clear etiology

From the time Kabuki syndrome was first described in 1981 the origins of this disorder have been an unknown , and there has been a great lack of knowledge about its causes throughout history since its discovery.

Despite this, current advances have led to the knowledge that it is a congenital disease and not an acquired one, probably of genetic origin .

Specifically, it has been identified that a large number of people (around 72% of those analysed) suffering from this strange disease have some kind of mutation in the MLL2 gene , which is involved in the regulation of chromatin. However, it must be taken into account that other cases do not present such alterations, so that a polygenic cause of this disorder may be suspected.

Because it is a congenital disease that is not yet widely known, its treatment is complicated and focused on improving the patient’s quality of life and treating the symptoms, as there is no known cure.

It should be noted that people with Kabuki syndrome often have a mild to moderate level of intellectual disability that makes it necessary for them to have an education adapted to their needs. It is also common that they have some typically autistic features.

Language delays and the presence of behavioural disinhibition can be treated with the help of speech therapy, and occupational therapy can be helpful in learning to better manage basic life skills.Sometimes they may need a wheelchair to get around. Physical therapy can be of great help in improving their motor skills and strengthening their musculoskeletal system.

Medically they have to undergo regular controls and it may be necessary to apply various surgeries , given that they frequently present congenital alterations that cause a risk for their survival, such as alterations in the heart and cardiovascular system, the respiratory system, the digestive tract and the mouth.

The presence of hernias, malabsorption of nutrients and atresia or occlusions of natural openings such as one of the nasal passages may also require surgical or pharmacological treatment.

With regard to psychological therapy , it may be necessary to treat some of the mental disorders that these subjects may suffer, as well as to provide information and educational guidelines to both the subject and his or her environment.