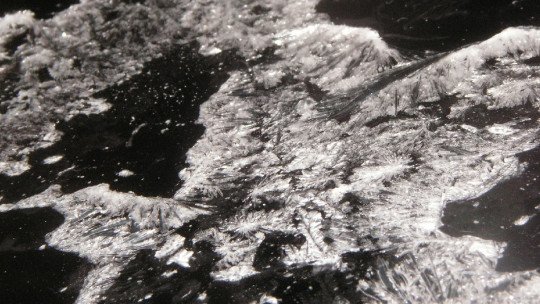 Throughout history, many substances have been used in medicine as anaesthetics and painkillers. Many of these substances have subsequently been taken out of the medical field for recreational use.

One of these substances is ketamine, or “special K”, an element used in medicine and veterinary medicine that is known for its ability to generate dissociated states of consciousness.

Ketamine as a psychoactive element

Ketamine is a psychoactive substance initially used in medicine and veterinary medicine (currently its main legal use is in veterinary practice) as a general anaesthetic. It is a drug or drug derived from phencyclidine, which has characteristics that make it belong to the group of psychodisleptic substances. As such, it generates an alteration in the functioning of the nervous system that tends to cause perceptual alterations such as hallucinations.

This drug acts on the nervous system as a substance with depressive characteristics, generating sedation and analgesia effectively by reducing the neuronal activity of the brain.

Also known as the Kit-kat drug , it is also consumed recreationally due to its powerful hallucinogenic effects, which are characterized by causing dissociative pictures in which individuals perceive that their mind separates from their body and even that they are able to observe their body from the outside, as occurs with some near-death experiences.

On the other hand, ketamine is usually applied intravenously at the medical and veterinary level, although it is usually produced recreationally as a powder to be inhaled or as a tablet or pill to be taken orally. This substance causes some level of amnesia after consumption and is generally odourless and tasteless.

Ketamine has a wide variety of effects , which you can see below.

At relatively low doses, the effects of this substance are relaxing and anaesthetic. Numbness is usually noticed in different parts of the body , such as the extremities, as well as feelings of placidity.

Although it is a depressant substance, in its recreational use it has been seen that ketamine generates an amplified sensory perception . Colours and sounds look brighter and are heard louder. This effect is especially noticeable in the first moments after administration.

Ketamine generates alterations in consciousness that often cause the subject to become obsessed, disoriented and lose track of time.

K-hole is understood as the dissociative experience generated by the consumption of ketamine in which the user perceives a sensation of floating and leaving the body. This hallucinatory experience can be lived as positive and spiritual or as aversive and frightening when faced with the sensation that one is leaving the body (the “bad trip”). Apart from this experience, it can also generate other hallucinations.

Ketamine causes a powerful amnesia of what happened after its administration, which is why it is used in medical practice as a general anesthetic. However, this characteristic together with its sedative action means that the use of ketamine has been linked to several cases of rape .

The administration of ketamine causes a powerful analgesic effect, which is used at a medicinal and veterinary level in the different processes in which it is used. However, in its recreational use there is a risk of committing risky acts with consequences that can be serious due to the absence of perceived pain, such as throwing oneself down the stairs, starting fights or performing certain types of jumps.

This substance often has a disinhibiting effect on the user, which can lead to acts that they would not normally perform or to a failure to take precautions with regard to specific behaviour.

Ketamine generates in the individual a state of low coordination capacity with regard to movement, which is reduced.

The use of ketamine causes different alterations at the physiological level. It generates bronchodilation and increases blood pressure to and heart rate. It also usually causes an increase in the level of salivation. It can lead to respiratory depression.

The mechanism of action through which ketamine affects our nervous system is not yet completely clear, although it is based on its action as NMDA receptor antagonist , blocking the action of glutamate as an excitatory agent of the nervous system. It is also influenced by its interaction with endogenous opioid receptors.

Risks and associated side effects

The consumption of ketamine has serious health risks if it is done in an uncontrolled way , as when it is used in a recreational way. Some of the risks are as follows.

Ketamine is a highly addictive substance, making it relatively easy to generate tolerance and dependence (especially psychic) towards it.

It is not complicated to generate intoxication from the abuse of this substance. The most common symptoms are the presence of anxiety, hallucinatory experiences such as those mentioned above, aggressiveness, convulsions and gastrointestinal disturbances in the form of nausea and vomiting.

As we have said, ketamine consumption produces amnesia after consumption. However, this effect seems to be enhanced and remains in the body in the long term if consumption is frequent , given that over time it causes the destruction of a large number of neurons.

Particularly visible is the loss of short-term memory . Cognitive performance is greatly diminished.

Although in low doses it has antidepressant effects, used continuously over time and in high doses this substance can generate depression in the person who consumes it.

Long-term use of ketamine causes an anxiety-inducing effect, especially when withdrawal occurs .

Numerous cases have been found of individuals suffering pain in the genitourinary system from ketamine consumption. This pain comes from the action of ketamine in the urine, which generates a destruction of the internal epithelial cells of the bladder .

Although it has mainly been used as an anaesthetic, research has shown that ketamine appears to have a positive effect in cases of depression, with rapid action against its symptoms. This seems to be because this substance helps to regenerate the neural connections that depression disrupts.

Much more research is needed in this area as the side effects of this substance can be very serious, but this could contribute in the near future to the development of new antidepressant drugs that are faster acting than the current ones.