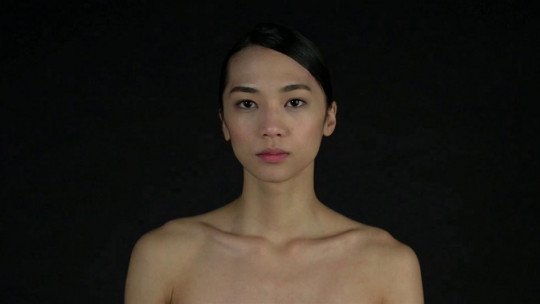 Kinetic mutism is a syndrome characterized by a reduction in the frequency of movements, including verbal behaviors, associated with motivational deficits that occur as a result of brain damage.

In this article we will describe what akinetic mutism is and what its main symptoms, causes and types are.

What is akinetic mutism?

In 1941 Cairns, Oldfield, Pennybacker and Whitteridge described the case of Elsie Nicks, a 14-year-old girl with a cyst in her right lateral ventricle. As she grew older, the malformation caused Elsie increasingly severe headaches that led doctors to treat her with morphine.

The patient began to show signs of apathy along with significant impairments in her ability to speak and control her movements. The symptoms progressed to a state that Cairns and his associates called “akinetic mutism.

These authors described the disorder as a state in which the person remains immobile , although he or she can fixate on objects and follow movements. Static also affects the movements necessary for speech and other vocalizations. Although actions are sometimes performed and sounds made, these are usually not voluntary.

As we will see below, the Cairns team’s proposal has been updated over the years and with the consequent scientific progress. Nowadays the term “akinetic mutism” is usually used to describe any case that shows the absence of motor and verbal behaviours that give it a name, and that may also consist of less severe deficits.

Cairns et al. (1941) identified five key signs for the diagnosis of akinetic mutism: the presence of states of alertness, the ability to fixate on other people, the execution of eye movements in reaction to auditory stimuli, actions in response to repeated commands, and difficulties with speech and communication in general.

However, we now have more specific knowledge about akinetic mutism. In their review of the relevant scientific literature, Rodríguez-Bailón et al. (2012) conclude that the significant reduction in the number of verbal behaviours and the ability to follow objects with the gaze are the two basic diagnostic criteria.

The authors of this paper highlight the variability of emotional disturbances in these cases. Thus, they have identified patients with evident impairments in the expression of emotions, but also others with signs of disinhibition. This clinical diversity has to do with the specific location of the brain lesions causing the akinetic mutism.

The characteristic immobility of this alteration is manifested in all facets of motor skills, so that those with akinetic mutism cannot speak, make gestures or form facial expressions , or else they suffer serious difficulties in doing so. When they do, movements tend to be slow and sluggish, and monosyllabic responses.

People with akinetic mutism are not paralyzed at the motor level, but the disturbances that cause it seem to affect the will and motivation to perform behaviors, including verbal ones. Many patients with this disorder have reported that they notice a resistance that prevents them from moving when they try to do so.

Types of kinetic mutism and their causes

The symptoms and signs of each case of akinetic mutism depend on the brain regions damaged by the factor causing the disorder. Broadly speaking, we can distinguish two variants of akinetic mutism: frontal and mesencephalic, which are associated with lesions in the frontal lobe of the brain and in the midbrain, respectively.

Frontal akinetic mutism is often due to alterations in the blood supply, particularly in the anterior cerebral artery. Disorders and strokes are the most frequent causes of akinetic mutism, although it can also appear as a consequence of infections, contact with toxic substances and neurodegenerative diseases.

When akinetic mutism arises as a result of frontal lesions, it often appears in conjunction with signs of disinhibition typical of frontal syndrome. Thus, in these cases impulsive emotional responses related mainly to passivity often occur.

The midbrain is a subcortical structure that contains cerebral nuclei as relevant as the colicles, which are involved in visual and auditory perception, and the substantia nigra, which is fundamental in the production of dopamine and therefore in reinforcement. This kind of akinetic mutism is associated with hypersomnolence and motivational deficits .

Kinetic mutism can also be caused by respiratory arrest (which can lead to cerebral hypoxia), head trauma, tumors, meningitis, hydrocephalus, damage to the thalamus, destruction of the cingulate gyrus, and Creuztfeldt-Jakob disease, a neurodegenerative disorder caused by prion infections.