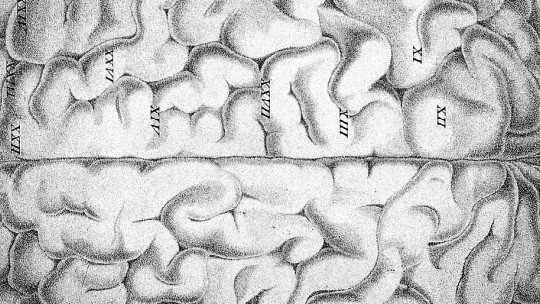 The correct functioning of our brain allows our organism to function properly and allows us to adapt and respond to the environment around us. Thus, we can regulate and organize our behavior in a way that makes it functional and allows us to satisfy our needs.

However, sometimes it is possible to suffer serious injuries or disorders that can generate the appearance of diverse symptoms that make our functioning and adaptation difficult and that can lead us to situations of great danger. This is the case of Klüver-Bucy syndrome , which we will discuss in this article.

The Klüver-Bucy syndrome is the name given to a group of symptoms associated with the destruction of certain brain areas , which exists in both humans and apes (in fact it was discovered by Heinrich Klüver and Paul Bucy during experiments with monkeys) and has serious consequences for the daily functioning of those who suffer from it.

The main symptoms of this disorder are the presence of a lack of fear before stimuli that should generate it, absence of risk assessment, meekness and obedience together with indiscriminate hypersexuality , hyperphagia (the subject eats excessively and with lack of control over the intake, and may even ingest inedible objects and materials such as plastics), hyper-orality or tendency to explore everything by mouth, hyper-metamorphosis or tendency to become over-excited to any visual stimulus and to imitate it, lack of recognition or visual agnosia and memory disorders.

Language problems or aphasias may also occur. It is frequent that they present anger or rage, but that they express it in a placid and seemingly attractive way.

This set of symptoms has a great impact on the daily life of those who suffer from it, affecting their lives in areas such as work, personal relationships, family or even basic daily activities. It is a very limiting syndrome that requires treatment and indicates the existence of injuries or some kind of brain involvement.

Causes of the disorder

In contrast to other disorders and syndromes, where the causes of its occurrence are not completely clear, Klüver-Bucy syndrome has been observed as a direct consequence of bilateral removal or injury of the tonsil complex and part of the temporal lobes (usually hippocampus and uncus are affected).

This destruction explains the existence of symptomatology linked to affectivity, to the emission or inhibition of emotional responses and the management of aggression and sexuality, among many others. The alteration or destruction of the inferior temporal, where the visual associative areas are found, explains the frequent presence of agnosia at a visual level.

In short, it causes the above-mentioned set of symptoms both by the destruction of the area in charge of these functions and by the cessation of the flow of information that other areas need to integrate.

Disorders in which it appears

Although the causes of Klüver-Bucy syndrome are bilateral brain damage to the amygdalin and temporal complex , it can occur in a number of situations, medical conditions and disorders where neuronal degeneration occurs. It may be useful to know some of them, especially the following.

Depending on the area of the brain affected and the damage that occurs, a head injury can lead to Klüver-Bucy syndrome.

Brain hemorrhages and/or ischemia are also a common cause of Kluver-Bucy syndrome. The destruction, drowning or compression of neurons in different brain areas, if it occurs bilaterally in the temporal and amygdalin complex, could result in the appearance of this syndrome.

Epilepsy is a disorder that can greatly affect the sufferer and is also one of the most common causes of this syndrome. Overactivation of the neuronal bundles can lead to neuronal destruction, and the appearance of this syndrome. Although it is possible for it to appear temporarily during a seizure, the more seizures there are, the greater the risk of it becoming more permanent.

Kluver Bucy syndrome often occurs in neurodegenerative diseases such as dementias. In dementias, the neurons degenerate, cease to function correctly and progressively die. When this affection damages the temporal, it is frequent for this syndrome to appear.

The most prototypical case is that of Alzheimer’s disease, in which it is common to find the Klüver-Bucy syndrome in phase 3 or final, in which maximum brain deterioration occurs, with most mental capacities diminished (he no longer recognizes those around him or himself in front of the mirror, he slowly becomes silent and stops moving, his language is profoundly altered) and in which there is total dependence for survival that concludes with the death of the patient. It also appears in frontotemporal dementias or Pick’s disease.

Anoxia, or lack of oxygen to the brain, causes neuronal death. This, if it occurs in the above areas, can lead to the development of Klüver-Bucy syndrome.

Although not common today, Klüver-Bucy syndrome can sometimes occur as a result of injuries caused during brain surgery. This is especially true when both temporal lobes need to be resected.

The presence of brain tumors is also a possible cause of Klüver-Bucy syndrome. It can occur with benign tumours if they are localised or compressed, or with malignant infiltrative tumours. It may also occur secondary to metastasis from a tumor outside the nervous system.

Klüver-Bucy syndrome is a disorder caused by severe brain injury , with little ability to recover in most cases. There is no cure for this problem. However, it is possible to establish treatments that help control the symptoms, and drugs such as benzodiazepines and anticonvulsants such as carbamazepine can produce improvements.

Also, some patients may show improvement if the brain involvement decreases. This is the case, for example, with some head injuries or strokes (once the area of ischemic penumbra has recovered or the bleeding has been reabsorbed), with some cases of treated epilepsy, or when an infection is removed without permanent damage.