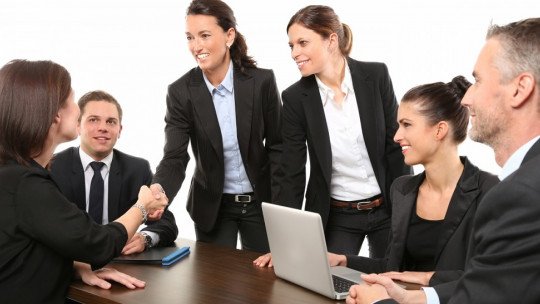 Kurt Lewin, one of the main members of the Gestalt School, made great contributions to social psychology but also to other disciplines, such as that of organizations.

In this article we will analyze the three leadership styles described by Kurt Lewin : the authoritarian, the democratic and the “laissez-faire”, which can be translated as “let it be done”.

Kurt Lewin (1890-1947) was a German psychologist who had a fundamental influence on the development of this science during the first half of the 20th century. Like Wertheimer, Köhler and Koffka, he was part of the Gestalt School , which tried to find out about the laws that determine human perception and the tendency of the mind to organize the received stimuli.

Lewin is credited with founding social psychology as an independent discipline. This is due to his conception of social situations as “force fields” where different factors operate and confront each other, his research on social actions, his analysis of group dynamics or his famous equation for predicting behaviour.

Another of the author’s key contributions is his theory on the three styles of leadership, based on the experiments he carried out in 1939. This fragment of his work had a great impact on another branch of psychology: industrial psychology, also called psychology of work or organisations , which analyses behaviour in the framework of the world of work.

However, Lewin’s theory of leadership is not only useful for analysing the context of organisations, but can be applied to any human group with structural characteristics such as hierarchisation or the attempt to achieve one or more objectives. Of course, the organizational environment has shown a particular interest in this type of theory.

Lewin’s research led him to describe three different types of leadership in organizational management environments : the authoritarian one, which has a dictatorial character, the democratic one, in which decision making is collective, and the “laissez-faire” one, in which the leader’s supervision of the tasks carried out by his subordinates is minimal.

Each of these leadership styles is related to behavioral patterns, interaction dynamics and a different social-emotional environment. The three types of leaders present their own advantages and disadvantages, and it cannot be said that any of them is superior in all aspects; however, Lewin stated that the democratic one is the most effective of the three .

Authoritarian working environments are characterized by the fact that the leader monopolizes decision-making. It is this person who determines the roles of the subordinates, the techniques and methods they must follow to complete their tasks and the conditions in which the work is carried out. This is a very widespread leadership style in most organisations.

Despite the negative connotations of the word “authoritarian”, Lewin insists that this type of leader does not always generate an unpleasant social-emotional environment; criticism of employees is common, but so is praise . Authoritarian leaders are also characterized by their lack of participation in carrying out the work tasks themselves.

According to Lewin’s observations, authoritarian-style leadership carries the risk of “revolution” on the part of subordinates. The likelihood of this will be greater the more pronounced the authoritarian character of the leader.

The democratic style that Lewin described is very different from authoritarian-type leadership. Leaders who follow this pattern do not make decisions alone, but they emerge as a result of a process of collective debate, in which the leader acts in an expert role advising subordinates, and of course can intervene in the final decision if necessary.

Most people tend to prefer democratic type leadership over authoritarian and “laissez-faire” leadership, especially when they have had bad experiences with one of these styles. However, democratic leadership carries some risk of efficiency loss, especially in relation to collective decision-making.

The French concept “laissez-faire” could be roughly translated as “laissez-faire”, “non-interventionism” or “liberalism”, following the political-economic terminology used by Lewin. Leaders of this type let subordinates make their own decisions, although they do not necessarily take responsibility for the results of these decisions.

This leadership style is generally considered to be the least effective of the three since it can lead to a lack of productivity and consistency; it is better to have an active leader. However, works very well when the subordinates are capable and highly motivated people and there is not a great need for communication between the workers.