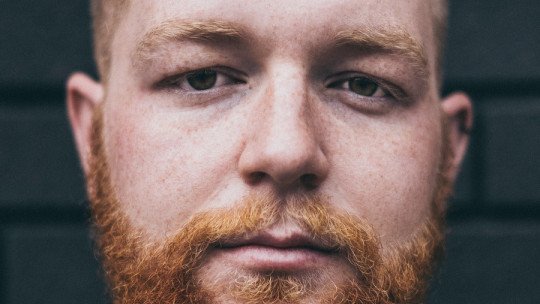 Everyone claims to be honest and sincere, yet let’s be truly honest: everyone lies, and this can be seen when describing ourselves

No one likes to acknowledge that they have certain weaknesses, and many people exaggerate about their strengths.

This is basically how the Lake Wobegon effect works , a very common curious psychological phenomenon that we will see in more depth below.

Lake Wobegon effect: what is it?

The Lake Wobegon effect is the tendency of almost all human beings to overestimate their own capacities in comparison with those of others.

It is named after a fictitious city, an invention of the writer Garrison Keillor , called in the same way. At Lake Wobegon, according to the writer, all the women are strong, all the men are handsome and all the children are above average. But it wasn’t Garrison who named the phenomenon, but University of Michigan psychology professor David G. Myers.

This effect, which is a cognitive bias, is very common. There is no one in the world who has not carried it out on more than one occasion. In fact, has been tackled experimentally with all types of age and profession groups , with research on drivers, university students, CEOs and many others, in which it has been possible to see how everyone believes they are better than everyone else.

For example, in the study where drivers were sampled, it was found that 95% of those who took part believed that they had better driving skills than other vehicle users. Another study, in this case with students, showed similar percentages when the sample was asked how they saw themselves in terms of their ability to learn, memorize, popularity on campus

That is, we tend to overestimate our faculties and capacities , we attribute to misfortune having failed an exam or having suffered a traffic accident, but we attribute to ourselves the merits of having obtained a good academic grade.

Is it always bad?

As crude as its definition may seem, the Lake Wobegon effect phenomenon is not necessarily a bad thing. In fact, as long as it occurs within more or less healthy limits, it can be a factor in protecting self-esteem and preventing psychopathologies from occurring.

It is normal that when something bad happens to us, such as failing an exam or losing a job, many people lie to themselves that it is not their fault, but in this case, the teacher or the boss. Thus, instead of criticizing themselves about the fact that, for example, they have not studied or have not been as responsible as they should have been, the person chooses to believe that the blame for their misfortune lies with other people .

While we will not enter into a debate about how convenient it is to study or be responsible at work, we can see that lying, in this case, is a mechanism for protecting self-esteem. The person has a locus of externalised control, that is, he attributes his misfortunes to the action of things he believes he cannot control.

This type of processing of what happens and thinking that you are especially better at what qualities can prevent a situation of depression, stress and increase the desire to carry out solutions for the particular situation.

Causes of this cognitive bias

One of the explanations behind the manifestation of this very common phenomenon is that of how children are raised in most countries . Even as children, we are told that we are ‘special’, better than our schoolmates and other children in the neighbourhood, something that we end up believing and that is a very important foundation for our self-esteem. In turn, this is raw material for forming value judgments, self-worth, stereotypes and other unconscious attitudes.

However, once you have grown up and gained more knowledge about others, seeing that you are stronger and weaker in a wide repertoire of skills, this belief diminishes, although it never completely disappears. In many aspects we believe that we are superior, even though it is still an illusion, and personal defects and errors are overlooked.

Self-deception in this way can be a ‘symptom’ of being too vain and having a truly pathological way of seeing one’s strengths in comparison to others. These people, taken to extremes, are unable to see their mistakes, which in itself can be a problem on a social and learning level.

It is interesting to see that this bias is directly related to how incompetent one is. The more incompetent you are at a particular task, the less aware you are of how bad you are. This is why the people who most boast about their culture and intelligence, when it comes to demonstrating it, can make a fool of themselves by showing that they know practically nothing , or that there will always be someone who knows more.

As we were saying in the section on causes, we have seen that people who have more or less mediocre, or even below-average, abilities will be those who believed and claimed to have the most knowledge. In fact, this is not something new. Friedrich Nietzsche, the German philosopher, referred to them as ‘bildungsphilisters’, ignorant people who boast of their knowledge and experience, even though it is really very limited.

Interestingly, the same effect has been seen as invested in people who have slightly higher than average returns. These people, far from demonstrating that they know more than normal people, seem to underestimate their true potential, showing themselves to be more hesitant and insecure in front of others, as if they really believed themselves to be completely ignorant. This has been called self-sabotaging behaviour .

In the case of the Lake Wobegon effect, we can speak of two fundamental consequences for the people who carry it out. The first is wrong decision making, thinking that as they are experts in the field they will not be wrong, and the second is the inability to be self-critical about the field which they claim to have a broad grasp of.

This translates into a blockage in the ability to grow and evolve personally , as long as the effect of Lake Wobegon is given in pathological degrees and the person is totally incapable of self-criticism of his real weaknesses and strengths.