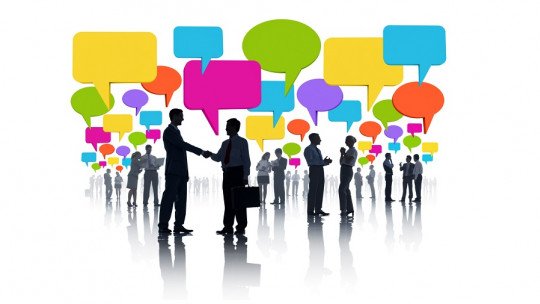 In this article we’ll look at what Laswell’s model is , how it came about and what some of its main elements are.

The Lasswell model: what is communication?

In the 1940s, the American sociologist Harold Lasswell developed a model that made it possible to understand the communicative process in a way that was innovative for the first half of the 20th century.

In very broad terms, he analyzed the channels through which communication occurs, and he realized that the transmission of any message flows through different devices, since they are immersed in a plural society with multiple audiences .

In addition, he notes that, although mass communication occurs in a unidirectional way in most channels , audiences can also play an active role in the process , which implies that it is possible to close communication cycles that seem to be unilateral.

When Lasswell studied the messages that are exchanged in the different communication channels, he asked himself “who, said what, in which channel, to whom, and with what effect”, “who gets what and how”.

Although he did not patent it or claim it as his own, the model got its name after it became popular in 1948 following the publication of an article entitled “The structure and function of communication in society”. For the same reason it is often thought that this text founded the model. In fact, Laswell is considered to be one of the fathers of political psychology and, among other things, he helped consolidate the studies of mass communication, as well as its diffusion.

In any case, and at both the theoretical and methodological levels, this model had a significant impact on various disciplines: communication studies, political science, communication, law, philosophy, psychology, economics, anthropology. Specifically, it was possible to consolidate the objective of mass communication research, which is to determine who has said what, to whom, and with what effects.

The elements and process of communication

One of the contextual elements around which this model is popularized is the intention to diminish the communication gaps between civil society and government . This could be possible through an alternative channel that would not only serve to inform unilaterally, but would also be useful to establish communication on a reciprocal basis.

But what were the channels of communication available? Printing, cinema, television, radio. In short, channels that establish unilateral communication, so they were not closed cycles. The idea then arises that a new one can be promoted: academic research; that it could serve as a means or a communicative platform for society.

During the Second World War, Laswell participated in a communication project in which he studied Hitler’s speeches in relation to his audience. This study was carried out paying attention to both verbal and non-verbal communication elements , following the line of questions of what, who, how, and with what effect.

For the first time the audience had an active role in the analysis of the communicative process: through his studies, discourse began to be seen not as a monologue, but as an act in which those who listen also produce an effect on the discourse itself .

According to Lasswell, mass communication not only aims to faithfully and objectively convey a fact, but goes beyond it. Among its purposes are:

Components of communication and levels of analysis

In the area of mass communication, it is common for phenomena to be analyzed on the basis of a series of questions that refer to different levels of analysis with communicative components for one; and which emerged precisely from Laswell’s model. Moreover, based on these, Laswell proposed that every communicative process has different elements: sender, content, channel, receiver, effect .

The control analysis level corresponds to the communication component “who? In other words, it is the sender: the person who generates a communicative message or stimulus, and who expects a response from the receiver.

3. Analysis of the environment (how?)

The communicative component “how” can be analyzed from the medium or channel, through which the message is transmitted . This is the way in which the content travels from the sender to the receiver.

4. Analysis of the audience (to whom?)

5. Analysis of the effects (what for?)

The analysis of the effects or results of the communication is investigated by means of the question “what for? It is a question of analysing whether the objectives of transmitting a certain message have been met or not; and if not, then the effect that such transmission has created is studied. For Lasswell, all communication has an effect, whether or not it is the one originally planned , and this is what determines the structure of mass communication.