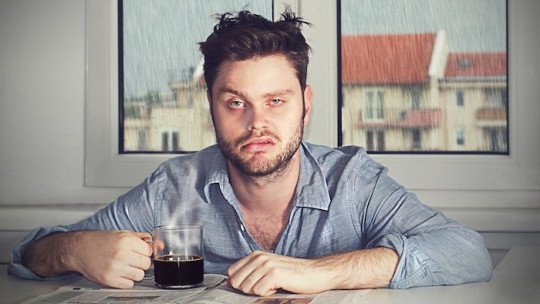 Many people would have a great facility to feel identified as lazy, but intelligence is somewhat more difficult to measure and, although everyone may have an idea about what their intellectual level is, it is difficult to have references about this without resorting to IQ tests.

However, a recent study has found a link between these two dimensions of our mind. In particular, it has been observed that the most intelligent people are also the most likely to be lazy during the working days .

So, although loitering excessively could lead to isolation and therefore a diminished ability to think nimbly, keeping still and seemingly doing little can be an indication that we like to spend time and effort squeezing our intelligence.

The smart ones are less active

This research, conducted by Todd McElroy of Florida Gulf Coast University and published in the Journal of Health Psychology, shows that people who show a greater need for cognitively stimulating and motivating tasks spend less time than others on tasks that require physical activity.

The need to embark on cognitively stimulating tasks, which is related to the level of intelligence, gives an idea of the way in which we tend to keep ourselves mentally active by participating in novel, challenging tasks, which move away from monotony and repetition.

Why does this happen? The key is in the cognitive challenge

This discovery is related to the idea that challenges and hobbies that occur only in our brain and are not based on physical activity (understood as tasks for which it is necessary to use several muscle groups, because thinking is also, in the end, a physical process) are a hobby and a task so stimulating that people used to them do not need to move around too much.

Thus, this research serves to reinforce the idea that the most intelligent people are not as likely to fall into boredom as the others, since they tend to take advantage of the moments when they do not make physical efforts to think, reflect, do mental exercises… etc. On the other hand, people who do not stand out especially for their intelligence would have more reason to seek entertainment in direct interaction with their environment.

These researchers from Florida Gulf Coast University used tests to obtain information about a number of volunteers. Among the questions on the tests were several designed to explore each person’s tendency to engage in cognitively demanding activities.

For example, these people had to say whether they more or less agreed with statements such as “I really enjoy finding new solutions to problems”.

From these data, the researchers selected 30 of the people most likely to exercise their cognitive abilities and another 30 who had the opposite characteristic, and placed a device on their wrist for all of them. This bracelet was used to trace their movements and provide data on their activity levels, and this information was collected over several days .

People less likely to tackle cognitively demanding tasks moved more and showed significantly higher levels of physical activation than others, but, interestingly, this difference only appeared from Monday to Friday. During the weekends, this difference tended to disappear.

This last point has not yet been explained, so further research will be needed if this point is to be clarified.