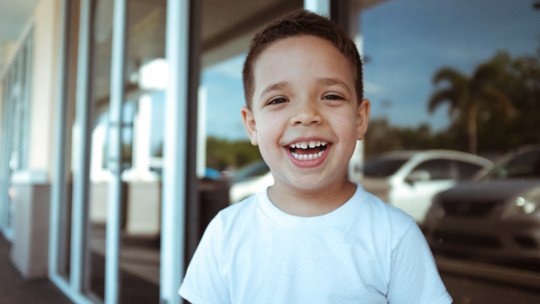 Learning disorders are difficulties that some children present when learning to read, write, calculate … They are usually detected at the stage of schooling, and are increasingly frequent. This can be explained by the fact that the start of schooling is getting earlier and earlier.

Learning disorders: what are they?

The prevalence of learning disabilities ranges from 2 to 8% . In addition, 40% of the students with learning difficulties end up abandoning their studies, which is an alarming figure.

Thus, very often this type of disorder is related to school failure, although the relationship is not direct or bidirectional. They are more frequent disorders lately, because the beginning of education is earlier.

Classification of the DSM-IV-TR and the DSM-5

In the DSM-IV-TR (2002) (Diagnostic Manual of Mental Disorders), learning disorders were classified as

With the arrival of the latest edition of the Diagnostic Manual, the DSM-5 (2013), comes an important change regarding this type of disorder. The previous categories are deleted and a single one appears, called “Specific learning disorder”, which gathers the previous cases in a single category.

Having made this previous clarification, we are going to explain what each of these DSM-IV-TR disorders consists of, which, let us remember, would now all be called “Specific Learning Disorder”.

The reading disorder is classic dyslexia. It accounts for 80% of all learning disorder diagnoses. In addition, it affects up to 5% of children in school. What is it?

Basically a decrease in reading performance; that is, the student’s performance is up to two standard deviations below the expected performance for the child’s age, IQ and schooling. This is evidenced by individually administered standardized learning tests.

Thus, the consequences of the reading disorder interfere in the academic performance or in the activities of daily life of the student . On the other hand, in the case that there is a previous sensory deficit in the student, the difficulties that appear would exceed the usual ones for him/her.

It is recommended that a diagnosis of reading disorder not be made before age 7.

In this case the student shows writing skills below what is expected for his age, IQ and schooling (also two standard deviations below). As with all learning disorders, there is also an interference with daily life or academic performance, and in the case of sensory deficits the difficulties exceed those that could be justified.

Normally a student with a writing disorder also presents difficulties in organizing written material , as well as grammar, punctuation and paragraph organization errors.

Mention that in the ICD (International Classification of Diseases) this specific category does not exist . On the other hand, if there is only an alteration in writing (calligraphy), this diagnosis is not made, but rather “Developmental coordination disorder” (in the DSM) or “Motor skills disorder” (in the ICD).

The calculus disorder is the classic achalculia, which leads to difficulties in performing mathematical operations. Thus, the student’s ability to calculate is below normal, reducing their performance and/or interfering with their daily life. According to the ICD-10, to be able to make this diagnosis, the student’s reading and writing skills must be normal.

What is most affected, logically, are the mathematical skills (for example, counting, serialization, making multiplication tables…). However, a person with a calculus disorder also shows an impairment in visually perceptive and visuospatial skills, as well as in skills related to mathematical terms. These can affect:

The specific learning disorder of the DSM-5, which groups the above under this denomination, implies certain difficulties in learning and in the use of academic skills.

These difficulties last 6 months or more, and include at least one of the following symptoms (although they may be more), depending on the type of learning disorder (dyslexia, achalculia, etc.).

The reading is altered, resulting in a slow, inaccurate or poorly intoned reading.

Difficulties appear in understanding what is read. However, decoding (reading-pronunciation) may be adequate.

Spelling is altered; the student can add, omit or substitute different letters, both vowels and consonants.

Grammatical errors appear in the written expression, in punctuation or in the organization of paragraphs.

There may also be difficulties in mastering number sense, number data or calculation itself.

Difficulties appear in mathematical reasoning, which is of a more abstract type, that is, in the resolution of mathematical problems.

As we see, the specific learning disorder proposed by the DSM-5 includes the learning disorders of the DSM-IV-TR, and we will be able to make one diagnosis or another depending on whether the alterations occur in one of the above fields or in another.

However, outside of the specific learning disorder remain the calligraphy problems, which are not diagnosed as such .

We have seen learning disabilities in the DSM. In the ICD, but, which is the Spanish version, these are classified as “Disorders specific to the development of school learning”, and include the following specific categories:

As we see, these are disorders very similar to the learning disorders proposed by the latest versions of the DSM, and some more are included.