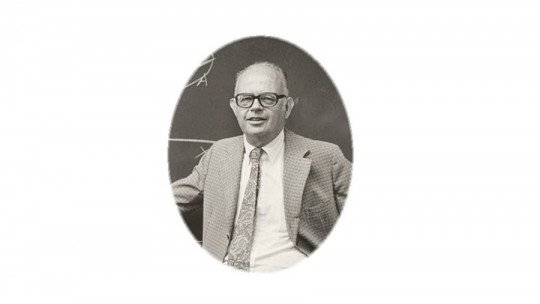 It is difficult, or even impossible, to carry out research in psychology without the influence of Lee Cronbach becoming apparent.

He is an essential author to understand Psychology as it is today, and undoubtedly one of the most influential academics of the past century.

His numerous contributions to the knowledge of science have a transversal character, since he dedicated himself to epistemological reflection and to the definition of a method with which to strengthen the rigor of the scientific findings that could be derived from this discipline.

In the following lines we will delve into the life of the author through a brief biography of Lee Joseph Cronbach , although we will stop at what were some of his most important contributions.

Lee Joseph Cronbach was an American-born psychologist who made numerous contributions to the field of psychometry and education, among which the Cronbach Alpha Index (now widely used to determine the reliability of a quantitative assessment tool) stands out.

Lee Cronbach was born in Fresno in 1916, where he received his college degree (Bachelor of Arts, 1934), and then went on to receive his Master’s degree in Berkeley and his PhD in Chicago (Educational Psychology, 1937). Throughout his career, he showed interest in the methodological rigor of the studies that were published within the framework of Psychology , for which he proposed important tools to strengthen it.

As a teacher, he taught at many universities in his country, especially in Chicago, Illinois and Stanford (where he spent a large part of his life as an academic). In recognition of his extensive contribution, Lee Cronbach was appointed president of the American Psychological Association (APA) in 1957 and of one of its divisions (Evaluation and Measurement), as well as of the American Association for Educational Research itself in 1964.

In addition to his contribution to psychological assessment, he has done extensive work in the field of education. During the 1970s he had the opportunity to be director of the Stanford Evaluation Consortium ; an organization directed at research and training that depended on the departments of Psychology and that designed extensive projects to improve coordination between the educational centers of the districts that make up the State of California.

Cronbach’s research was also relevant in the clinical and community settings. He developed programmes for health and for child and youth crime , emphasising extraordinary rigour in his work and making visible the importance of the social and political reality in the planning and development of these programmes. These contributions substantially improved the way research was carried out in the social, health and educational fields.

Lee Cronbach died in 2001 of a congestive heart condition, leaving for posterity an enduring intellectual legacy for Psychometry, Educational Psychology and Epistemology . Not in vain, he is one of the authors with the greatest number of references in scientific articles around the world.

The variety of studies in which the author’s work is used exemplifies very well one of the postulates on which it would be based, which is none other than the existence of two independent but firmly related psychologies: one of an experimental nature (which requires manipulation in the laboratory to observe causes/consequences with absolute control of the situation) and another correlational one (through which it would be possible to observe the way in which two variables interact with each other in less restrictive environments).

Lee Cronbach’s vision of psychology aimed at the formulation of essential laws that could be widely applied and generalised, in a similar way to physics or chemistry. It considered that it was possible to disentangle the associations that occur in human phenomena in order to establish a posteriori relations of a causal nature that, even on the basis of the laws of probability, would bring its object of study closer to the positivist rigour of other disciplines.

Thus, he understood human behavior and thought as realities imbued in nature, and therefore subject to the same explanatory principles that the natural sciences possess. These tried to establish certain regularities between the phenomena of study, with a special sensibility to the probability of error that is inherent to its complexity, but elaborating universal principles on which to sustain a useful and reproducible corpus of knowledge.

Lee Cronbach was able to recognize that the purpose of Psychology should not be limited to the experimental reproduction of laboratory conditions to test assumptions of a nomothetic nature (applicable to all subjects as particles extracted from a group), but should also contemplate the phenomena that unfold in everyday environments. In this sense, he aspired to the unification of the two psychologies that he himself distinguished , in an attempt of syncretism that would turn out to be paradigmatic.

Lee Cronbach’s reflections on this question led him to affirm that the reduction of psychic phenomena that concurs in experimental situations could not provide a precise answer to the problems of human beings, whose lives are debated in the permanent flow of interactions with a multiplicity of variables, among which the basic socio-cultural coordinates and the substratum of the scenario in which their daily life unfolds would be highlighted.

In conclusion, I would point out that the observation of the phenomena (with a mind devoid of prejudices and open to fascination) is key to establish a knowledge of sufficient entity to equate it to that of Physics or Chemistry . Regarding the latter, I would remind you that they are not free from uncertainty either, since the macro and microphysical world assumes a virtually infinite number of variables for its formulations).

Contributions as a methodologist

Lee Cronbach’s vision of psychology was a historical milestone, showing a desire for positivist comparisons with other sciences from a perspective that embraced reason and avoided all naivety. Nevertheless, the contribution for which he is still so remembered today was his famous Cronbach’s Alpha, a measure inserted within the G Theory (or Theory of Generalizability) with which the Classical Theory of Tests was expanded.

The Classical Theory of Tests contemplates that every score (empirical value) that a subject obtains in tests designed to measure a psychological construct is made up of his real score plus the random error (this being the difference observed when subtracting the empirical and real scores). This error may occur as a result of methodological deficiencies, or even of circumstances such as the location of the measurement or the personal situation of the evaluator.

Theory G would be complementary to the Classical Theory of Tests . It would seek to quantify the reliability of a test through the determination of all sources of error, ensuring a more precise decision-making process. This process occupied a notable part of the author’s academic life, for which he suggested methods directly derived from statistics.

In this context, Cronbach’s alpha would stand as one of the statistics designed to assess the internal consistency or reliability of a measurement tool (or of the factors that compose it). Although the concept was introduced by Cyril J. Hoyt (a professor in the Department of Educational Psychology at the University of Minnesota) and Louis Guttman (a mathematician and sociologist at the Hebrew University of Jerusalem) some years earlier; it was Cronbach who was finally able to popularize it, reformulate it and extend it to the scientific community to a greater extent.

Every time a researcher intends to measure an attribute, he has to consider the fact that this attribute is never directly quantifiable , but that its valuation must be carried out through a process of abstraction that fits the theoretical model from which it comes. This is usually done by administering a questionnaire, whose items are subsumed as second-order factors (depression or anxiety, for example).

Cronbach’s Alpha is used to evaluate how accurate the measurement is and to explore with minimal error what it actually claims to measure. This is the weighted average of the variances or correlations between the items that make up the factor , obtaining from its use a score that ranges between 0 and 1 (0.70 being the cut-off point from which the test can be considered as reliable and used for assessment purposes in any field of psychology).

An evaluation in the service of society

The psychological evaluation, for Cronbach, was linked in an indivisible way to social policies, and should be subject to the needs of the people in their aspiration to reach a state of justice and plurality . He understood that although political influences were inevitable, there was a need for an adaptation process between them and social programs based on sensitivity to needs through a flexible approach to the object of study.

Because of this vision, he postulated an evaluative planning that could accommodate the enormous diversity to which each potential research was subject, including two stages: convergent and divergent. In the first one, the possible variables to be explored were extracted, while in the second one, a hierarchy of priorities for the study was established.

Finally, the same author considered that the interpretation of results was a second stage in their evaluation, in which part of the information could be lost due to the subjectivity of the evaluator . That is why he considered essential a structured training aimed at selecting adequate questions and directing the process to action, that is, towards a decision making in which the improvement of the life of the people or institutions evaluated was a priority.