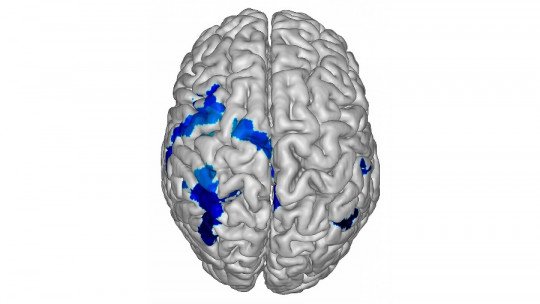 The idea that the brain hemispheres differ from each other is widely accepted, both in general culture and in more academic settings.

Let’s go deeper into the left cerebral hemisphere , what characteristics are attributed to it and in what functions it is involved.

What is a cerebral hemisphere?

Before we talk in depth about the left hemisphere, we will first define what a brain hemisphere is. A hemisphere, from the Greek ‘hemi’ (‘half’) and ‘sphera’ (‘sphere’), is each of the two main structures that are found making up the brain. Each hemisphere represents one of the two halves of the brain , one right and one left.

These hemispheres are inverse to each other, but they are not symmetrical. The line that separates them is called the interhemispheric or longitudinal brain fissure, and at its deepest part is a structure, called the corpus callosum, which connects the two hemispheres.

How is the left hemisphere of the brain structured?

Like its right-hand counterpart, the left hemisphere is anatomically structured into lobes , with half of each being in the lobes. These lobes are the frontal, parietal, temporal, occipital and insula lobes.

As we have already mentioned, the corpus callosum, which is a structure with nerve fibers, connects both hemispheres to allow them to communicate. As with the other hemisphere, the left hemisphere is protected by the following layers:

Anatomically, both hemispheres are very similar. Although, as we have already mentioned, they are not symmetrical, they are very similar. They have both kink and circumvolution and both have the same amount of lobes, as well as being similar in size.

However, they have different attributes. The left hemisphere is known to be the brain structure most responsible for linguistic aspects, as well as being behind the analytical processing , typical of mathematics. Let’s look at these characteristics in more detail:

The left hemisphere is responsible for using symbols to represent both concepts and objects .

As we have already mentioned, it is the left hemisphere that is involved in the use of verbalized language .

This means that it is behind such everyday and fundamental aspects of human communication as speaking, verbal memory, writing and reading.

When we say that this hemisphere is analytical, we are indicating that its information processing is done following some steps that follow each other in a more or less linear way , analyzing each one of the details of a certain situation or problem.

This is why the left hemisphere is so important in mathematics, where, in order to arrive at the solution, it is necessary to identify the steps to be followed in order to have the correct answer.

Furthermore, is detailed and relatively objective when analysing reality , allowing for specific observations and concrete thinking, appropriate to the problem situation.

It follows the passage of time, i.e. arranges things in time sequences . It goes from beginning to end.

The left cerebral hemisphere tends to enhance rational reasoning. That is, allows to abstract an explanation of reality from reason .

When it is said that the left hemisphere is logical it means that it establishes causal relationships between different facts. Thus, a phenomenon must necessarily be caused by a previous one or be responsible for a subsequent consequence.

This characteristic, together with the analytical aspect of this hemisphere, acquires great importance in the resolution of mathematical problems.

As far as the linear aspect is concerned, it should be noted that ideas are always linked to each other .

These are the main functions of the left brain hemisphere.

Thanks to this, it also plays an important role in speech, writing, mathematical problem solving, numbering and logic .

Other aspects in which this hemisphere is prominently involved are verbal memory, grammar, organization of syntax, phonetic discrimination, planning, decision-making, long-term memory…

John Hughlins Jackson, a neurologist, said at the time that the left hemisphere was the center of the faculty of expression. This means that this hemisphere is in charge of transforming a set of information into something meaningful.

Thus, this hemisphere stores concepts that it will later emit in the form of words , both oral and written, allowing the transmission of ideas from the inside of the mind of one person to another through the use of verbal communication.

If an embolism occurs that affects this hemisphere, functional losses such as loss of speech can occur, in addition to impaired motor skills on the right side of the body, since the left hemisphere controls that half of the body.

Relationship between both halves of the brain

Although we have commented that each hemisphere has its own particularities and functions, this does not mean that they are radically different from each other or that they do not carry out activities jointly. What should be understood is that there are activities that are mostly carried out by one of the two hemispheres and others in which it is the task of its counterpart.

As a curiosity, the research points out that the interhemispheric differences are something distinctive of the human species . In most people, both hemispheres complement each other. Normally, verbal aspects such as speech are under the control of the left hemisphere, however, there are cases, especially in left-handed people, where speech is an activity exercised by areas located in both hemispheres.

Furthermore, it has been seen that, in situations where there is a brain injury, there may be changes in the location of certain functions . This ‘transfer’ of functions is especially significant in childhood, when, thanks to cerebral plasticity, the brain tries to ‘save’ a capacity that is specific to the injured area, making it another area, and it may be the opposite hemisphere that takes over.