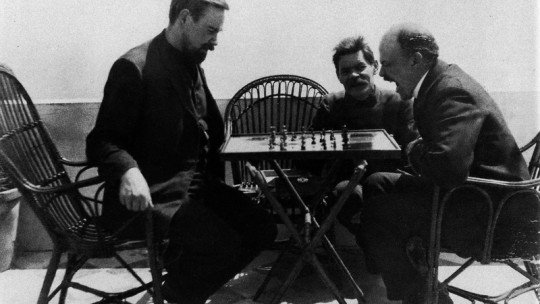 People who support right-wing political ideology tend to be less intelligent than those on the left, and people with low intelligence in childhood, when they grow up, hold racist and anti-gay views, says a recent controversial study in Ontario, Canada.

Political ideology and intelligence: is there a relationship?

It seems that people on the left are smarter, and people on the right are less so. At least, that’s what one controversial study says.

Conservative politicians are facilitators of prejudice against other individuals or groups, Canadian academics say. The paper analyses mass studies from the UK (of over 15,000 people) in which child intelligence was compared with political opinions in adulthood of these subjects.

The authors claim that people with low intelligence position themselves with the political right because they feel more secure with that line of discourse.Fundamentally, the educational level of people is not what determines whether they are racist or not, but rather it is the innate intelligence , according to the authors.

Belonging to a certain social class does not predict ideology

Social status also does not play an important role as a predictor. The study, published in Psychological Science , states that right-wing ideology forms a path for people with low reasoning ability to become racist and xenophobic.

Researchers say that cognitive abilities are fundamental in forming impressions of other people, and are key to having an open mind.

“Individuals with inferior cognitive skills tend to advocate more conservative right-wing ideologies, as they maintain the status quo. The right wing provides a sense of order, of continuity with the established. A higher cognitive level is required to detect that which functions badly in a political system and therefore be able to make a criticism and a proposal for improvement”

The study, conducted by Brock University in Ontario, Canada, used data from two UK studies conducted in 1958 and 1970, where the intelligence of several thousand 10- and 11-year-old children was assessed. When they turned 33 years old they answered questions about politics , and from this it was possible to extract the bulk of the data for the report.

The first British study, which was carried out in 1958 by the National Child Development Organization , involved 4,267 men and 4,537 women who were born in 1958.

The second research conducted in the United Kingdom, the British Cohort Study, involved 3,412 men and 3,658 women who were born in 1970.

As adults, they were asked if they agreed with statements such as: “I wouldn’t mind working with people of other races,” and “I wouldn’t mind if a family of a different race lived next to me.

They were also asked if they agreed with the political ideology of the conservative right, such as “I would give harder sentences to lawbreakers,” and “Schools should teach children to obey authority.