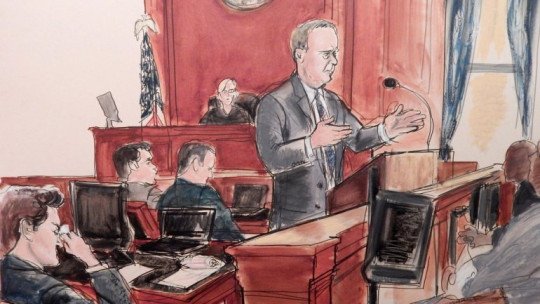 Psychology and Law share an important similarity ; both are human and social sciences and share their object of study and the same area of intervention, human behaviour. But this link goes even further.

Psychology in the legal field

The object of study in Psychology is the characteristics of human behavior, while Law focuses on laws that regulate such behavior. Therefore, we can differentiate three contributions of Psychology in the legal field:

For all the above reasons, the role of Psychology in Law is focused on studying how different judicial decisions affect behavior, analyzing to what extent such decisions manage to regulate society in order to progressively improve the judicial system.

Thus, the first relationships that Law establishes with Psychology are produced through Social Psychology, Psychology of Attribution and Cognitive Psychology.

From Social Psychology it is postulated that the human being behaves according to the different interactions that he maintains within his social environment. Therefore, the legislators must take into account the relations that the person establishes with others , in this way he will be able to have the necessary base in the elaboration of the norms that regulate human conduct.

For example, in the prediction of future conduct when granting prison permits or provisional freedom, since by incorporating the person into the same social environment in which he or she carried out the criminal conduct, he or she is exposed to the same stimuli that could have led him or her to commit such conduct.

The Psychology of Attribution provides the mechanisms of explanation in the field of judicial decisions , specifically in the decision of guilt and criminal responsibility.

Cognitive Psychology is related to the field of testimony, providing explanations of human behaviour through information obtained from jurors, judges, witnesses and defendants.

The differences between Psychology and Law

However, there are clear differences between both sciences; the most striking one is that Law belongs to the category of “should be” (norms) and Psychology to “be” (behaviors).

As indicated by authors such as Garrido (1994), the main difference between these two sciences is that although both are interested in the same topics, the meaning they give to them is significantly different. Law regulates and intuits the factors that guide behavior and tells us what to do or avoid. Psychology, on the other hand, analyses, measures, predicts and modifies behaviour .

Therefore, some authors indicate that Psychology shows three approaches to the legal field:

The Concept of Legal Psychology

However, where the union between Psychology and Law is strengthened is in Legal Psychology, within which Forensic Psychology is integrated, since this type of psychology focuses its area of action on Law and on specifically applying psychological techniques and knowledge to the interpretation of the entire judicial process.

Thus, Legal Psychology is the area of research and psychological work whose object of study is the conduct of legal actors in the fields of law, law and justice. It comprises the study, assessment, explanation, prevention and treatment and/or counselling of those psychological, behavioural and relational aspects involved in the legal behaviour of people through the methods of Scientific Psychology.

Fields of action of Legal Psychology

There are various classifications of the fields of action of Legal Psychology, and their prevalence varies in different countries. In general terms, we can speak of the following areas of action:

Psychology Applied to the Courts

Also known as Forensic Psychology, includes psychology applied to the law of minors, family, civil, labor and criminal law . Different areas in which the psychologist prepares technical reports, advises on the measures to be applied, follows up on interventions, etc.

Its two most representative areas are the Psychology of Testimony and the Psychology of the Jury. The first one refers to the application of the results of Social and Experimental Psychology research in determining the validity of testimonies, that is, the accuracy and credibility of the testimonies of eyewitnesses whether about accidents, everyday events and/or crimes.

In the second one, the psychologist is in charge of the investigation of the decision-making processes , of the social influence of the jurors as well as of their assessment.

This area refers to the role of the psychologist in the selection, training, organization and relationship with society of this group (Police, Civil Guard, Army, etc.).

It refers to the role of the psychologist in the care of victims of various types (ill treatment, sexual abuse, care of the detainee, etc.). Their functions are centred on the study, planning and prevention of groups at risk and informative campaigns of prevention to the general population and on the attention, treatment and follow-up of the victims and their interaction with the legal system.

This includes the scope of action of the psychologist in the solution of legal conflicts through negotiation , carrying out an intervention that helps to attenuate and prevent the emotional or social damage of those involved. Its functions are focused on preparing an adequate context for the communication of the parties, designing a mediation process and providing the parties with the tools that allow them to manage the conflict.

The Functions of Legal Psychologists

In each of these areas, the Legal Psychologist performs various functions:

In conclusion, and in a synthetic way, it could be said that Psychology and Law are united since both share the same object of study of human behavior and Legal Psychology allows the contribution of the knowledge of Psychology on human behavior in an objective way, independently of the point of view or field of action where it is being analyzed and considering the judicial process, bringing it closer to society.

Although, unfortunately, in those cases in which the political aspect weighs more than the social one, there is no effective relationship between Psychology and Law and there are situations in which the psychological aspects of human behavior have less relevance when it comes to making a decision or reaching a final resolution.