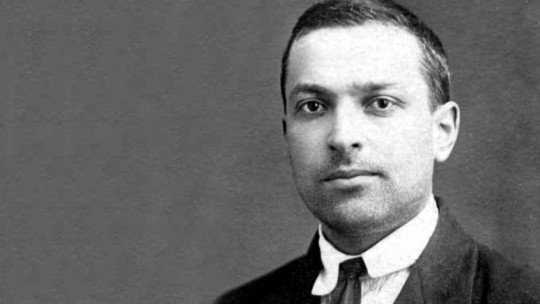 Lev Vygotsky is a key author in developmental and educational psychology , although he also made important contributions in the field of neuropsychology and founded the historical-cultural psychological approach. His theory and his work are framed in the context of the revolution of the proletariat that took place in Russia and in which he participated directly.

In this article we will talk about the biography and the main ideas and contributions of Vygotsky to psychology and other social sciences. We will focus on his relationship with the development of evolutionary and educational psychology, although we will also mention his influence on other disciplines.

Lev Semyonovich Vygotsky was born in 1896 in Orsha, Belarus, but grew up in the city of Gomel. At that time the country was part of the Russian Empire, which was still ruled by a tsar, although the revolutionary movement that was to give way to the emergence of the Soviet Union would soon flourish. As a young man, Vygotsky wanted to be a literary critic.

In 1913 he began studying law at the University of Moscow ; the educational range he could access was limited because he came from a Jewish family. He graduated 4 years later and returned to his hometown; there he began to teach psychology and logic. In 1917 the October Revolution took place and Vygotsky became involved in political activity.

Some time later, in 1924, Vygotsky began to become famous after impressing the Russian experimental psychology community with a speech on neuropsychology. From then on he worked as a researcher and a professor at the Moscow Institute of Experimental Psychology.

During this period of his life Vygotsky was a prolific author as well as an important instructor in the field of psychology . However, in 1926 he lost his job due to tuberculosis; he died from this disease in 1934, when he was only 37 years old, leaving a vast theoretical legacy that was picked up by Aleksandr Luria and others.

Among this author’s most outstanding works are “Educational Psychology”, “The Mind in Society”, “The Historical Meaning of the Crisis in Psychology”, “The Development of Higher Psychological Processes”, “Psychology of Art” and “Thought and Speech”, his most influential book, which was published after his death.

Main ideas of his theory

Vygotsky’s professional life focused mainly on development during childhood , on developmental psychology and on educational philosophy. However, his ideas were also relevant to fields such as philosophy and methodology of science, the study of higher mental functions or the study of interaction between human beings.

According to Vygotsky, people develop their repertoire of behaviour during childhood from interaction with other people in the environment. In this sense, the weight of culture is very relevant, which explains the internalization of a series of behaviors, habits, knowledge, rules or specific attitudes that we observe in those around us.

Thus, for example, he defined thought as an internal language and stated that it is acquired from exposure to other people’s speech. This internal language would fulfil the function of regulating one’s own behaviour, especially during childhood , and during the first stages of development it would manifest itself in the child’s external speech towards himself.

Vygotsky also placed great importance on the socializing functions of the game. He argued that children internalize cultural norms, social roles or interpersonal skills through play. In addition, the use of symbols and imagination is very relevant in the acquisition of abstract thinking.

The main differences of Vygotsky’s ideas with the approaches of Jean Piaget, the other fundamental theorist of the time, include the absence of stages of development, the focus on language and the role of adults in learning, or the emphasis on individuality, interpersonal interaction and the role of the socio-cultural context.

Vygotsky is considered one of the most influential authors in many branches of psychology today, although during his time he did not gain as much recognition as Piaget, Skinner or Pavlov worldwide until decades after his death. This has been attributed both to his ties to the Soviet Communist Party and to his premature death.

One aspect of Vygotsky’s theory that has generated particular interest is the concept of the proximal development zone, which is key to learning. This term refers to the distance between the behaviours that a child can perform on his own and what he is able to do with the help of others who have a greater mastery of a particular aspect.

Vygotsky called “scaffolding” the process by which an adult helps a child to carry out a certain task . As the child gains greater knowledge or skill, educators should proportionally increase the difficulty of the exercises so that he or she continues to take advantage of the area of proximal development.

The emergence of the historical-cultural psychological approach, which aimed to determine the relationships between culture, mind and brain in a given spatial and temporal context, is also attributed to the influence of Vygotsky, as well as that of Aleksandr Luria and other close collaborators.