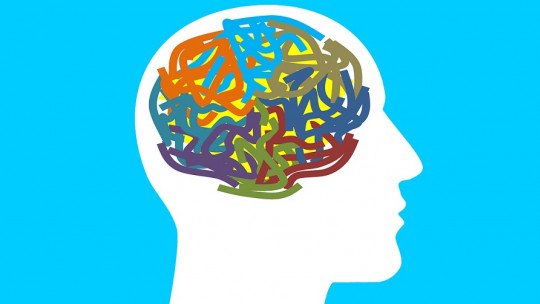 Despite the fact that memory has been scientifically researched for approximately 130 years, perhaps the most relevant discovery to date is that memory is much more complex than anyone could ever have imagined. Next, we will talk about one of the theories that has gone unnoticed throughout the history of the study of this brain process and that, nevertheless, could be closer to its real functioning: Lewis’ theory of active and inactive memory .

Traditional theories, and mostly accepted by the scientific community, postulate that memory is a basic cognitive process that is divided into two types .

On the other hand, these traditional theories also point out that in order for new memories to be formed , they have to go through a period of instability in which they can undergo modifications, but once they reach long-term memory, they remain unaltered.

However, in the late 1960s, several groups of researchers (including Lewis), investigating the phenomenon of amnesia in rats, observed effects that could not be explained by traditional memory theories.

They saw that the memories consolidated in the long-term memory could be forgotten if a series of conditions were met . Based on this effect, in 1979 Lewis put forward an alternative theory.

Furthermore, it went one step further, arguing that memory does not have specific locations within the brain , but is a central processor that is subordinated to other basic processes such as perception and attention. An active memory is a unique neural trigger pattern. Different activated memories would reflect different patterns of neuronal density and would not possess a specific location.

The following example will allow a better understanding of this theory:

A university student has just come out of a procedural law exam and is remembering the answers he gave based on what he studied (a subset of permanent memories and unconsolidated memories that are active at that moment) when suddenly he passes in front of a bakery and is overcome by a smell of food and makes him remember the menu he is going to make when he gets home (the perception of the smell directed attention to the food, which in turn activated a permanent memory of the menu of the day that was inactive until that moment).

As can be seen, and as Lewis stated, “active memory is intuitively apparent to immediate consciousness”. Consciousness is defined as the capacity of the individual to recognize the reality that surrounds him , to relate to it and to reflect on it and on himself.

However, this theory was quickly rejected at that time because of its highly speculative assumptions and lack of solid empirical contrast.
Forty years later, every new finding in the field of memory could be directly or indirectly related to Lewis’s work. In 2000, Nader, Schafe and Le Doux argued that new memories should be called active memories . Sara, in the same year, urged the entire scientific community to consider memory as a dynamic process.

In 2015 Ryan, Roy, Pignatelli, Arons and Tonegawa, among others, stated that each memory is a characteristic neural firing pattern (currently called cell engrams). These same authors also conjectured in favor of another of Lewis’ hypotheses, which postulates that amnesia is not a destruction of memory, but an inability to recover it, that is, an inability to activate an inactive memory.