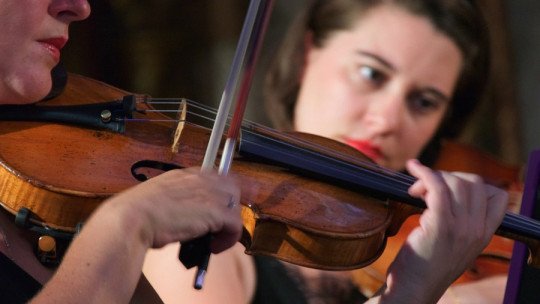 Ligirophobia, also called phonophobia, is the persistent and intense fear of loud or very loud sounds . It usually occurs in young children, although it is also common in adults who are constantly exposed to such stimuli.

We will see below what ligirophobia is and what its main symptoms and treatment are.

The word “ligirophobia” is composed of the Greek word “ligir” which means “sharp” and can be applied to sounds of this type; and the word “fobos”, which means “fear”. In this sense, Ligirophobia is literally the fear of high-pitched sounds. Another name for this fear is “phonophobia”, which is derived from “phono” (sound).

Ligirophobia is a specific type of phobia, as it is characterized by a fear of a particular stimulus (loud or very high-pitched sounds). This fear may be present in the presence of noise, but not necessarily. It can also be triggered in a situation where a loud sound is expected to occur .

This is common for example at popular festivals where firecrackers, rockets or balloons are used, or also for people who have prolonged contact with electronic devices that can emit high-pitched sounds. It can also be applied to sounds as well as to different voices or even to one’s own voice.

If it is persistent, ligirophobia may not be a fear of psychological origin, but a symptom of hyperacusis , which is the decrease in tolerance of natural sounds caused by disturbances in the physiology of the ear.

Most of the specific phobias generate the activation of the autonomic nervous system, which is in charge of regulating the involuntary movements of our body, for example, visceral movements, breathing, palpitations, among others.

In this sense, in the presence of the stimulus that causes the phobia, the symptoms that are triggered are mainly hyperventilation, sweating, increased heart rate, decreased gastrointestinal activity , and in specific cases a panic attack can be generated.

In general, these responses, which are characteristic of anxiety disorders , are functional for our organism, in that they allow us to defend ourselves from harmful stimuli. But, in other circumstances, these responses can be triggered in a non-adaptive way, in the face of stimuli that do not represent real but perceived damage.

To be considered a phobia, this fear must be considered irrational, that is, it must be generated by stimuli that do not usually cause fear, or it must generate a disproportionate anxiety response to the stimulus. The person may or may not be aware that his or her fear is unjustified, however, this does not help to diminish it.

Specifically, ligirophobia occurs more often in young children. This is not to say that adults are not afraid or alert to a sudden loud sound, but the anxiety response may be more intense in young children. Finally, as can happen with other specific phobias, ligirophobia can generate avoidance behaviours to social spaces or meetings, which generates added discomfort.

Likewise, specific phobias are more easily acquired when faced with stimuli that represent a direct threat to the survival of the organism, for example, this is the case with diseases. It can also increase the probability of developing an intense fear of stimuli when these generate a direct physiological disturbance , which would be the case with intense sounds in ligirophobia.

Also involved in the development of specific phobias is the expectation of danger that each person has. If this expectation is consistent with the person’s experience with the stimulus, the phobia is more likely to develop.

In the same sense, elements such as the conditioned learning of fear responses , coping skills, the degree of social support, and the information of threat that the person has received in relation to the stimulus are involved.

It is important to consider that many of the specific phobias that developed in childhood tend to diminish in adolescence and adulthood without the need for treatment. On the other hand, it may be that a fear that is very present during childhood does not trigger a phobia until adulthood.

If the fear of the stimulus is not only causing discomfort, but is causing clinically significant discomfort (preventing the person from carrying out their daily activities and generating disproportionate anxiety responses), there are different strategies that can help modify the approach to the stimulus and reduce the unpleasant response.

Some of the most commonly used are systematic desensitization, relaxation techniques, successive approaches to the stimuli that cause the phobia, the technique of vicarious exposure or symbolic modeling, the participating model, live exposure, imagination techniques and reprocessing through eye movements.