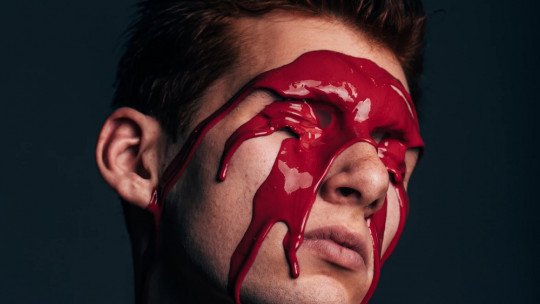 Love is the force that moves the world. Most people have fallen in love or will fall in love at some time in their lives, and they will experience a great deal of sensations linked to the person they love. There are many ways to love, most of which are positive.

However, in some cases we may find that what started as a crush may turn into an obsession. This is what is known as limerence .

It is understood as a limitation to the mental state characterized by an obsessive need to be lovingly corresponded by a person who is the object of esteem by the one who suffers it.

In limerence, the sufferer has intrusive thoughts about the loved one, his or her well-being and the desire for correspondence that take up a considerable amount of time in his or her day-to-day life and that make the person ignore any other concerns. There is also a very intense fear of rejection , as well as shyness in their presence. The person who is the object of desire is usually idealized, as well as there are feelings of euphoria in his presence.

This infatuation with obsessive characteristics lasts for years or even decades. Somatic symptoms may also appear, such as tachycardia and palpitations, tremors, pupil dilation, sweating, facial redness, appetite problems, stuttering and agitation (all typical elements of infatuation).

This state of mind has great repercussions on the day-to-day lives of people who suffer from it. Specifically, it is not uncommon for them to reduce their social life and isolate themselves progressively by focusing their thoughts on the person who provokes their obsession. It also influences their work and academic performance, making it difficult for them to concentrate and reducing their productivity. The subject usually spends a great deal of time thinking about the person he or she loves and what a possible ideal relationship with that person would imply.

Differences from the usual love affair

In reality, limitation bears a great resemblance to a normative infatuation, with most of the characteristics mentioned so far being considerably similar. However, the truth is that limerence has characteristics that make it stop being a crush as such and become more like an obsessive type of disorder (in fact some authors classify it as such).

First, there are the aforementioned recurring and intrusive thoughts, although to some degree they may be common in some love affairs. Also, the limitation taken to the extreme can lead to the implementation of predatory, persecutory and harassing behavior towards the person who claims to love. Limerence also emphasizes the need to guarantee the affection of the other person regardless of the respect, intimacy and commitment that the other person needs .

Although the welfare of the latter is originally intended, it can be to the point of generating damage to it. Every act or action of the person who is the object of desire can be interpreted as a sign of love correspondence. Likewise, it is not uncommon for one’s own personality to be changed in order to conform to and imitate that of the other.

Although it is sometimes identified with the so-called love sickness, the truth is that limerence has a relevant difference with it: in limerence there is a certain degree of obsession with the other person and the desire to be reciprocated, which can alter interpersonal behaviour and centralise the behaviour, thought and emotional sphere around the person in question.

Who does he appear to?

This state of mind can occur both with people you know or even it is possible that there are cases in which you appear with people you have never seen physically and with whom there has been no contact (for example, through photographs).

But the limitation does not have to be only in cases where there is no relationship between the two people. It is possible for the person who is the object of desire to have a real relationship with the person with limitation (either before or after the problem appears), although in these cases the obsessive characteristics tend to remain and lead to relationships of dependency and idealization.

Ways to combat it

Limitation is a problem that can bring profound suffering to both the person who suffers it and the object of his desire. Fighting it can be complicated , especially when the subject has no conscience or does not want to make any changes.

In some cases time and the reflection that they do not and will not have a relationship with the desired person and/or the visualization and awareness of the defects that he/she also has will decrease the level of idealization and obsession with him/her. However, in many cases some kind of psychological intervention would be necessary .

An example could be, given the obsessive characteristics of limerence, those employed in an obsessive-compulsive disorder. Working with exposure with response prevention can be useful, as well as requires an analysis of the person’s behaviour and motivation , what makes him/her feel the need to be reciprocated by that human being and to which he/she attributes it.